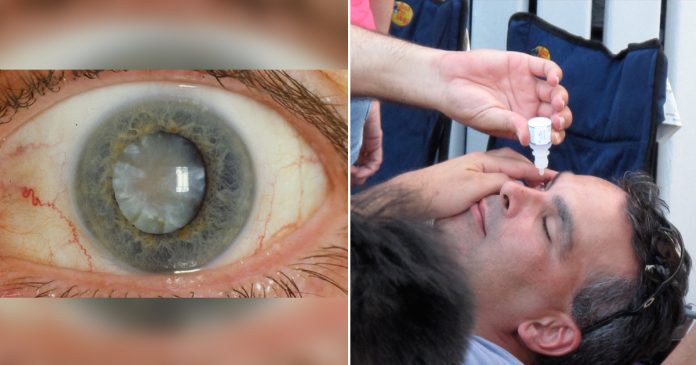 There are more than 285 million people worldwide who have vision problems and 32.4 million people around the world estimated by Fred Hollows Foundation to be blind. 90% of these people live in developing countries with more than half of these blindness cases are caused by cataracts.

As the leading cause of blindness in the world, FOM reported that the only treatment to cataracts is only surgery—and it’s expensive. Hence, treatment is not an option for not only those in developing countries but many others too.

As cataracts form a milky layer over the eye which obstructs vision, the treatment was created based on a naturally-occurring steroid known as lanosterol.

Due to this, researchers based in the US have created a drug that can dissolve cataracts and can be delivered directly into the eyes through an eyedropper.

However, the treatment has yet to be tested on humans. If the trials on human are successful and they make it to the market, these eye drops could change the lives of millions around the world.

Hopefully, the trial will be successful and it will be available to the public very soon!

These 8 important etiquette rules are to remember when visiting a...