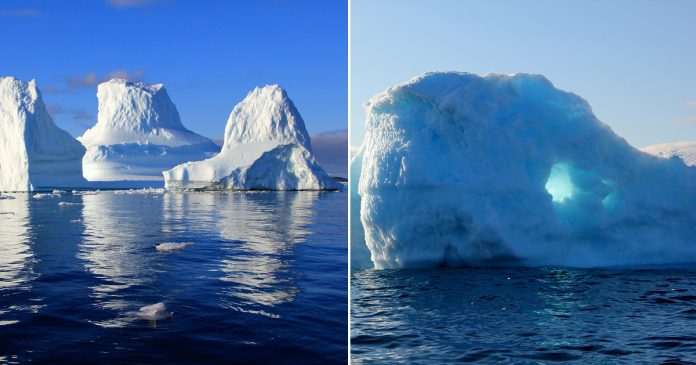 When scientist Steffen M. Olson had a task that required him to travel through Inglefield Bredning in Northwest Greenland, he expected to travel on sea ice, not water. 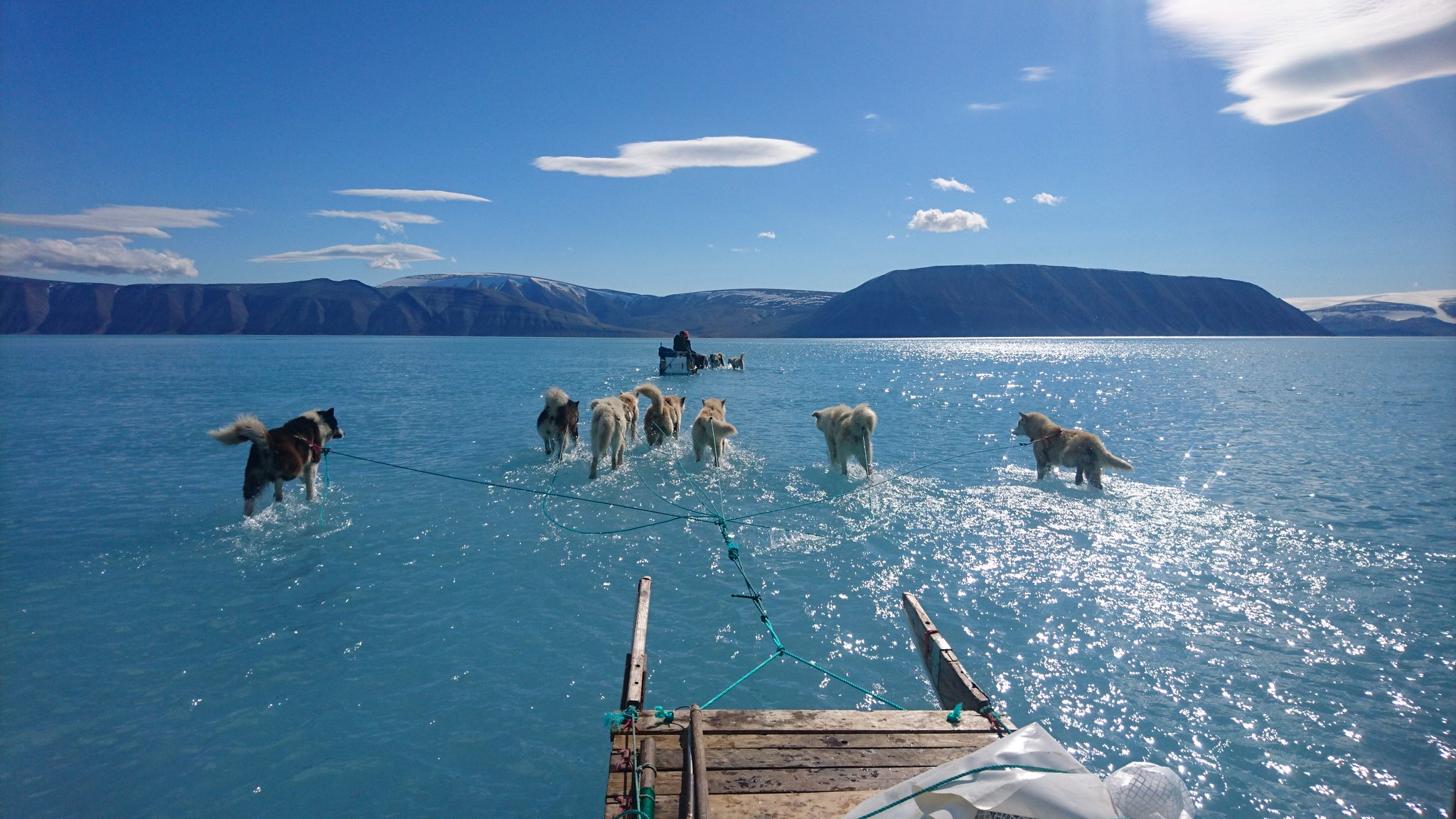 Apparently, it was not just the area where he visited that was melting.

@SteffenMalskaer got the difficult task of retrieving our oceanographic moorings and weather station on sea ice in North West Greenland this year. Rapid melt and sea ice with low permeability and few cracks leaves the melt water on top. pic.twitter.com/ytlBDTrVeD

Over 40% of Greenland is now experiencing extreme melting with a total loss of ice estimated to be more than 2 gigatons or 2 billion tons than usual in just a single day.

Yesterday (13th June), we calculate #Greenland #icesheet lost more than 2 Gt (2 km³) of ice,, melt was widespread but didn't quite get to #SummitCamp which was just below 0°C

The high melt is unusual so early in the season but not unprecedentedhttps://t.co/Ftg0fkC7AK pic.twitter.com/Y4jQ1FoFRZ

In other words, the weight of ice loss is equivalent to 340 Giza pyramids or 80,000 Statues of Liberty or 12 million blue whales.

While The Arctic’s melt season is a common phenomenon which occurs every year starting June until August, the ice loss taking place this year is happening at an alarming rate.

According to CNN, this year saw the ice started to melt earlier than in 2012 and three weeks earlier than average. The scale of ice loss early in the summer could once again set Greenland a new record for the amount of ice loss in Greenland.

Even worse, the premature loss of ice in Greenland would lead to the albedo effect.

On the other hand, when there are less snow and ice cover, it means more energy will be absorbed from the Sun which will lead to temperature rises and more ice will melt.

Another likely factor of this year’s rapid ice melt is the consistent humid, high-temperature air from the Central Atlantic making its way to Greenland.

“We’ve had a blocking ridge that has been anchored over East Greenland throughout much of the spring, which led to some melting activity in April – and that pattern has persisted,” Thomas Mote, a research scientist at the University of Georgia, told CNN.