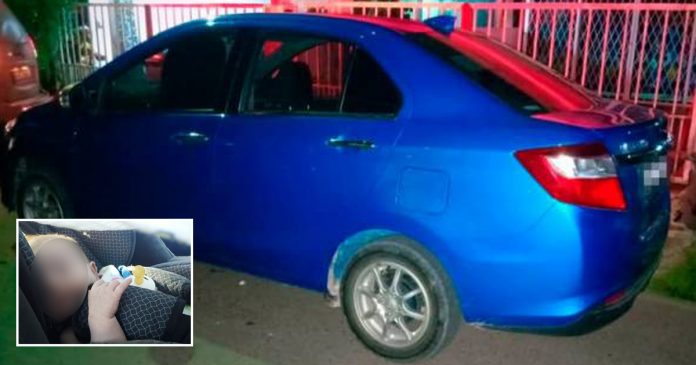 A 2-year-old little girl passed away after she was left inside her mother’s locked car for a few hours.

The tragic incident which took place in Malaysia on June 12 saw the toddler suffered from fatal consequences of extreme heat after she was left inside a locked car.

According to Astro Awani, the toddler was foaming at her mouth and suffered from burns on her face and hands when her remains were found inside the car at around 4.35 pm.

Earlier that day, the girl’s 31-year-old mother had picked her up from school along with her eldest sibling around 1 pm.

When they reached home, the mother told the eldest sibling to take the girl out of the vehicle but she did not check whether or not her eldest child followed her instruction.

The mother then went inside their home and fell asleep a moment later.

She then woke up at 3.35 pm and went downstairs to cook for her children. That was when she called for the little girl but the toddler was nowhere to be found.

Panicked, the mother then searched around their house for the little girl until she discovered her daughter’s lifeless body lying in the back of the car.

By the time, the girl was found, she had been trapped inside the car for three hours. The girl was then rushed to the Lahad Datu Hospital for emergency treatment but it was all too late.

The girl was revealed to suffer from the high temperature and the burns on her body following a post mortem.

The tragic incident is now under police investigation after the medical officer filed a police report. The mother was later arrested and she will be investigated under Section 304A of the Penal Code for causing death by negligence.