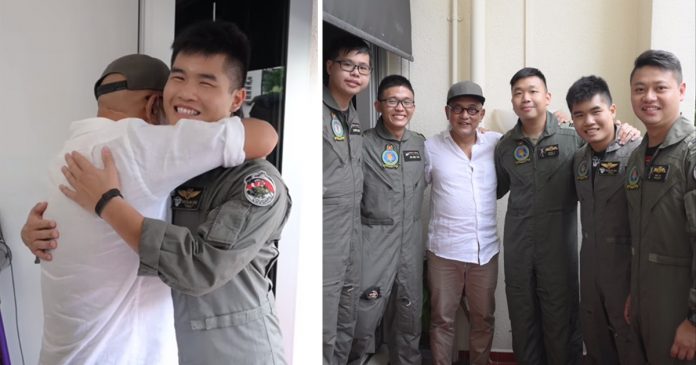 A Singaporean diving enthusiast was left alone drifted at sea for 80 hours with no shelter, food or water after his boat sank following a bout of bad weather.

60-year-old John Low was on a diving trip near Tioman Island, off the east coast of Malaysia when suddenly his worst nightmare began.

The weather suddenly turned bad and high waves started to hit his boat. As water poured inside the boat, Low had to race against time as he quickly grabbed a life buoy and his backpack which only contained his passport.

“I was not really scared as I felt that someone would come and save me. I’m religious,” Low said. According to Telegraph, his Christian faith and the desire to see his wife and his three children gave him the strength to overcome the harsh conditions during that 80 hours at sea.

Eventually, his boat sank and the strong current sent him drifted far away at sea. Luckily, he managed to alert his friends about the unfortunate situation but rough seas and strong current made it impossible for an early rescue.

40 hours later, he had to take off his clothes as his skin was chafing painfully against the fabric due to his sunburnt skin.

However, that was only the beginning.

As time passed by, Low who was parched began to vomit from ingesting sea water. Dehydrated and in severe pain, Low then began to hallucinate. He felt a person was holding his hand and taking him to a grocery store to buy Coca-Cola.

In a more chilling moment later, Low claimed that a voice urged him to let go of his life buoy.

Thankfully, he mustered all the courage and hope he had left to survive to see another day. When the sunset in the evening of the third day he drifted at sea, he told himself that he wanted to live to see tomorrow’s sunrise. “This is the most beautiful sunset. I want to see the sunrise tomorrow,” Low recalled.

However, by the afternoon of the fourth day, Low’s began to lose hope.  “I actually told my God, ‘I’m already in this pain, so I don’t mind going inside the water and going home (to Heaven), or if you think I should go back to my real home and meet my family. Either way, I’m ready’,” he said.

Apparently, it seemed like his prayer was answered when a ship captain spotted him from several miles away two hours later.

He was already drifted at sea for 80 hours by the time Diogo Cao, a 4000-tonne dredger spotted him.

“I was as small as a bacteria, but this captain managed to locate me. Whoever spotted me must have an eagle’s vision,” Low said. “After struggling for three days, once I saw the ship, it was like ‘I am saved, now I can sleep well’.”

Low was later transferred from the ship by the Republic of Singapore Air Force (RSAF) who posted his rescue and their emotional reunion a month later on Facebook.

“That was a brave act,” Low thanked each member of the aircrew for their bravery.

"Thank You" from a RESCUE 10 Survivor

Mr John Low spent three days drifting in the sea after his diving boat sank in bad weather. He had no food, no water, and no shelter.By a stroke of luck, he was spotted by a passing ship 'DIOGO CAO' and our RESCUE 10 was scrambled to rescue him. Exactly one month on, our Search and Rescue team caught up with Mr John.This is his story.

Posted by The Republic of Singapore Air Force on Friday, June 7, 2019

“That’s your car, man” His friends were tired of picking him...

Soldier took care of orphan girl during war but were forced...