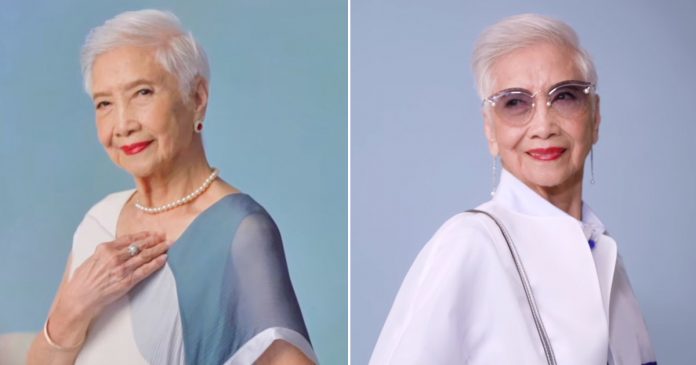 At the age of 96 years old, Alice Pang shows that it is never too late to achieve one’s dream as she models for high-end brands with the likes of Gucci, Ellery, and Valentino.

As Alice referred to herself as one of the “silver-haired models”, the Hong Kong native still looks as good and elegant as models who are decades younger than her, if not better!

In an interview with YiTiao, Alice shared how she decided to become a model at the age of 93 years old.

“I entered the industry when I was 93 and this is my third year working as a model.”

According to Alice, her modeling career took off after her granddaughter saw an advertisement searching for senior models.

“My granddaughter saw they were hiring senior models over 65 years old and she sent my photos and it turned out they liked me,” Alice said.

“I did not know how to model at first so my manager taught me a lot and those girls help me with my makeup.”

It was not what she dreamed of doing in the beginning but as time passed by, Alice said that she gradually grew an interest in her new career.

“I gradually developed an interest in modeling and got better at it,” she added.

Thanks to her fair skin and good posture, something that is not common for most of her peers, Alice quickly escalated in her modeling career. According to the 96-year-old model, she never had a strict workout regime to maintain her health and posture.

“My skin tone is ivory because I’m seldom exposed to the sun and I have straight back. Exercise is definitely good for you and many would do morning exercise but I don’t do that,” she explained.

Alice who was born in 1923 may have only been working as a model for three years but she is a complete natural in front of the camera.

She explained that she was used to dressing up and posing in front of the cameras as her husband often brought her to accompany him to social events back then when he was a secretary for the Olympics.

Plus, Alice has always loved to dress up and look nice. Hence, being a model, although she is now into her 90s is not really unfamiliar to her.

However, it is not always glitz and glamour when some people think that she should dress appropriately for her age but for Alice, she just ignores those who criticize her.

“I just ignore them,” she said. “I am happy with my life, just following my heart. What others think does not bother me. It’s fine.”

Watch her full interview here. (Don’t forget to turn on the English subtitles)