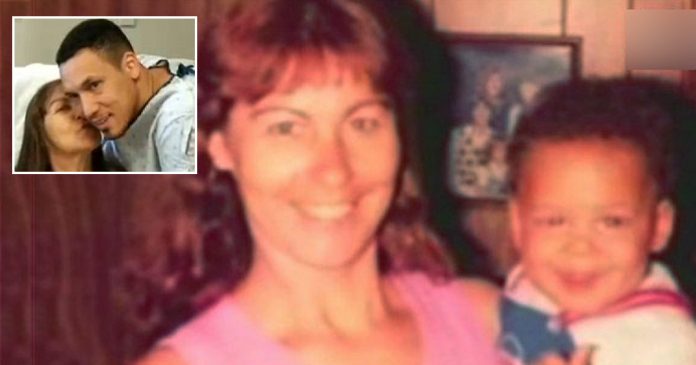 Ingeborg McIntosh went through a lot to fight for her adopted son, Jordan before she could legally bring him home.

Jordan was placed into her foster home when he was just a baby. As Ingeborg had fallen in love with Jordan the moment she laid her eyes on the adorable baby, she begged to adopt him.

However, it was not easy to convince Jordan’s biological mother as she wanted Jordan to be adopted by African-American or at least, biracial parents.

Then, when no one else was available, it was clear that Jordan belonged to Ingeborg.

“They placed him in my arms and it was love at first sight,” Ingeborg said.

Ingeborg has fostered 125 children over the years but no one has stolen her heart as Jordan did.

“He was a part of the family, no matter what.”

Jordan who has grown up into an adult man decided to do everything that he could to save his mother.

He decided to donate his kidney to Ingeborg and secretly booked an appointment to see if he was a matching donor.

“I feel like this was my calling in life, I guess,” Jordan said. “Hopefully, I can do more for her as I get older, but for the moment, it’s the least I could do.”

Ingeborg insisted for Jordan not to continue with his plan but Jordan had already set his mind to help his mother to survive.

Even when he talked about Ingeborg, it was clear that his love and devotion were real.

“Everything she’s done for me since I was a kid, I just wanted to give it back to her, and show her how much I appreciate her,” he said.

Watch the full interview of Jordan and Ingeborg here.

Retired engineer buys an Airbus that will never take off to...