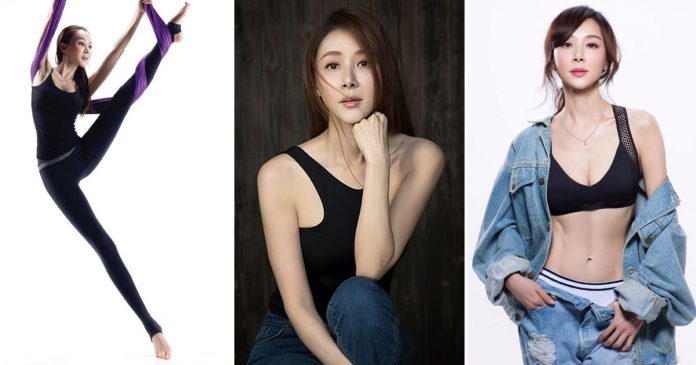 Youthful genetic is definitely a thing one should be thankful for looking younger than the real age, but nothing beats hard work, diligence, and perseverance. Was born in New Taipei City in 1968, this Taiwanese actress Stephanie Siao amazes the internet with her youthful looks and enviable figure.

Seemed like she hasn’t aged since her first TV show appearance three decades ago, people were praising Siao for looking a lot younger than her age and impressed with her firm abs in this photo of her that went viral.

This is definitely a #bodygoals.

Some even suggest that her aging process goes backward and she is looking younger and younger every time she appears public.

Becoming a trending topic after millions of web users were stunned by her toned abs, Siao has been a professional actress for 30 years. She started her career as a model in 1989 and switch to acting later on.

She shot to fame in 1996 after featuring in a successful romance TV series A Curtain of Love Dream that gained major fans in East Asia.

Stand at 5 feet 7 inches, she has then frequented the screen and billed the most beautiful woman in Taiwan.

Turning 51 this August, Siao attributes her youthful appearance to her habit of exercising. She has been practicing yoga diligently for 10 years and claims it helps her to maintain a ‘young heart’. Siao is also a fan of swimming and likes to keep flowers and pet in her house. Talking about her biggest secret of youth, Siao says that she’s a die-hard vegetarian and likes to stick to a simple diet.

She practices yoga for 10 years,

And attributes her youthful look for her habit of exercising.

Commented on her being a trending topic on social media, Siao said she’s just surprised but happy at the same time.

“I hope I can carry on being beautiful and my image can encourage others and make them beautiful too.”

Well, I am certainly encouraged!