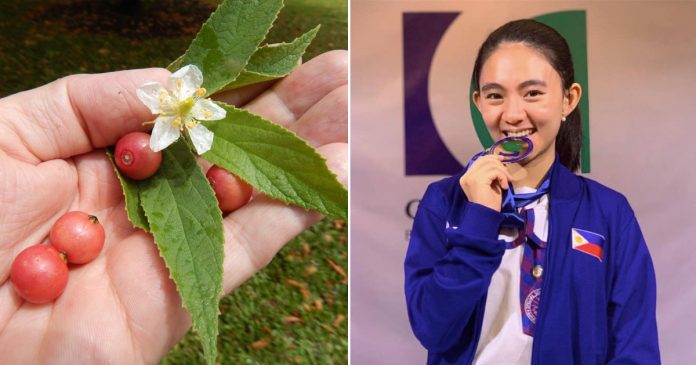 Maria Isabel Layson is only 16 years old but the young scientist from the Philippines has already made her country proud with her life-saving discovery.

The high school student from Iloilo went viral after she discovered that Aratiles fruits or Sarisa can cure diabetes.

Diabetes Mellitus or also more commonly known as diabetes is a health condition when the body cannot process blood glucose.

She was also one of the winners of the 2019 National Science and Technology Fair (NSTF) in February where she presented her study of the properties of Aratiles fruits.

Last month, she competed as part of the Philippine delegation in the Intel International Science and Engineering Fair in Arizona.

Entitled ‘Bioactive Component, Antioxidant Activity, and Antidiabetic Properties of Muntingia calabura Linn. An In Vitro Study’, Layson proved that the fruits can be a potential cure for type 2diabetes.

According to Layson, Aratiles which grows naturally everywhere in the Philippines is not only the cheapest solution to cure type 2 diabetes but the plant’s branches, flowers and leaves also contain antioxidant properties.

“Nobody pays attention to the fruit and its medicinal properties. They don’t realize that it has potential for becoming a regulator of diabetes,” said Layson.

“Actually, the results of the study on muntingia calabura or the sarisa, it does contain anti-diabetic properties and it is very rich in antioxidants.”

Even though she did not win in the US competition, Layson said that it was an honor and a blessing for her to be able to represent the Philippines.

“I didn’t join the competition for fame. I joined this research competition because I wanted to address the problem of diabetes and how my research of Aratiles could help solve that,” she said.

Layson hopes that she could find a cure for the disease that has been affecting many in her country.

Aratiles is also internationally known as the Jamaican cherry, bird cherry or simply ‘cherry’ in many countries.

This fast-growing plant species originated from tropical America and was first introduced to the Philippine Islands in the late 19th century. It is able to thrive on poor soils and withstand drought.

Catch more of Layson’s research-breaking journey in the video below: