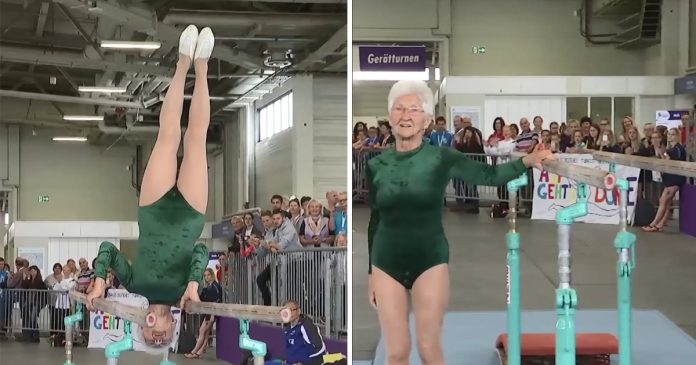 She may be 92 years old but this world’s oldest gymnast proves that she is still capable of delivering stunning gymnastic routine and wows the audience.

Meet Johanna Quaas, a professional gymnast from German who has made herself an elite athlete in the gymnastics world.

Quaas may look like a typical old woman in her 90s with streaks of white hair, oval glasses and wrinkled skin but she can easily conquer the floor with her amazing gymnastics routine.

In this video, Quaas, as always impresses the audience and the whole world with her extraordinary moves and tricks 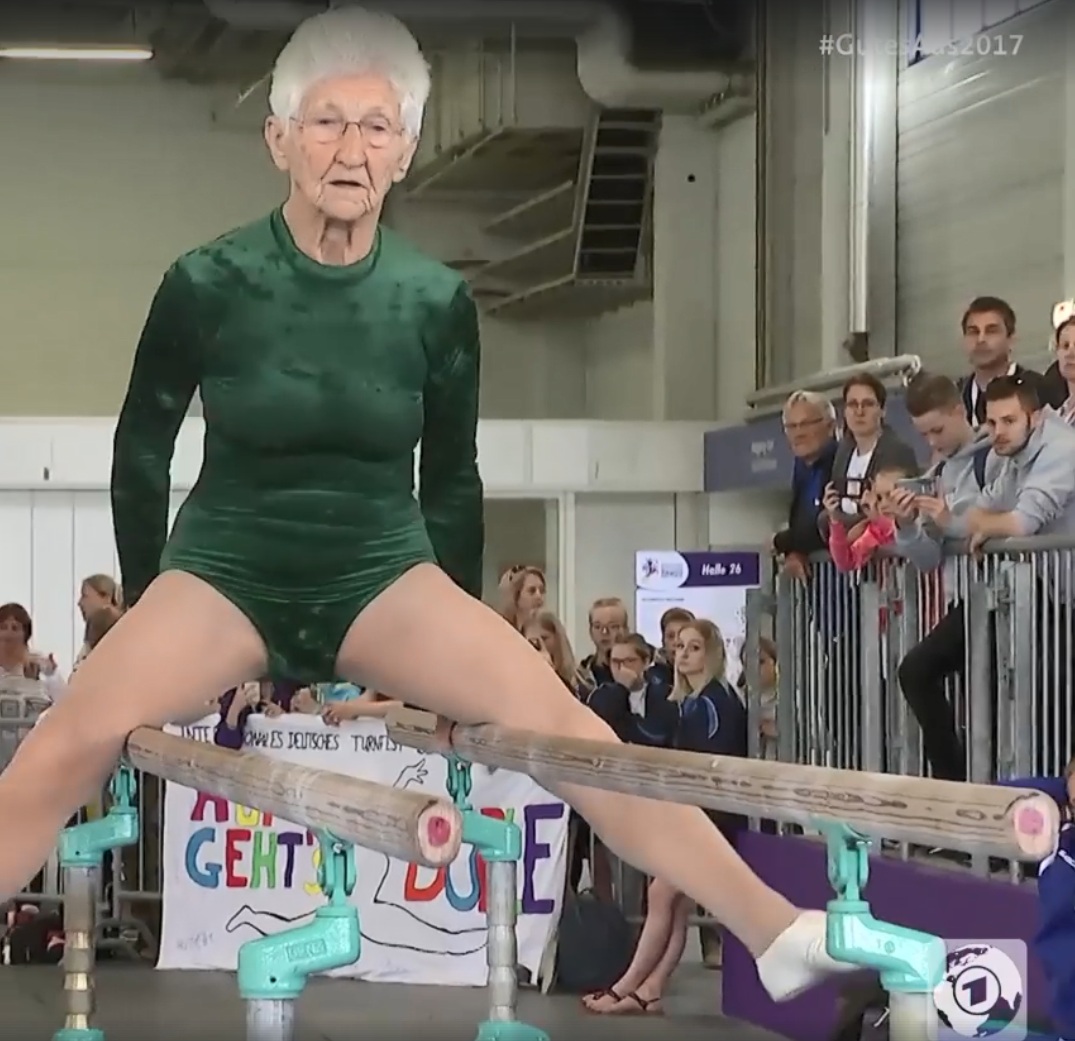 Dressed in her signature velvet green leotard, Quaas performs her routine on the parallel bar effortlessly 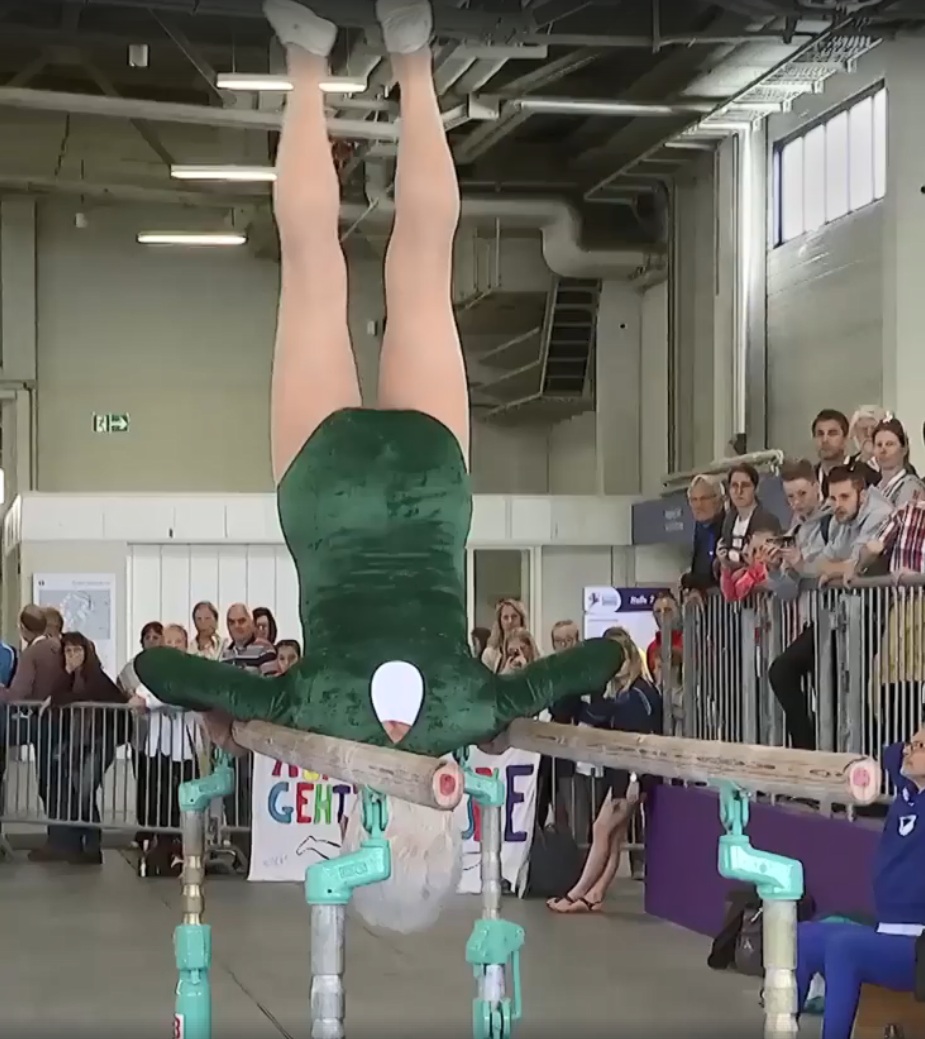 While most athletes half her age are still finding it difficult to perform such tricks on a parallel bar, this oldest gymnast shows off her strength, talent and years of practice like no other. 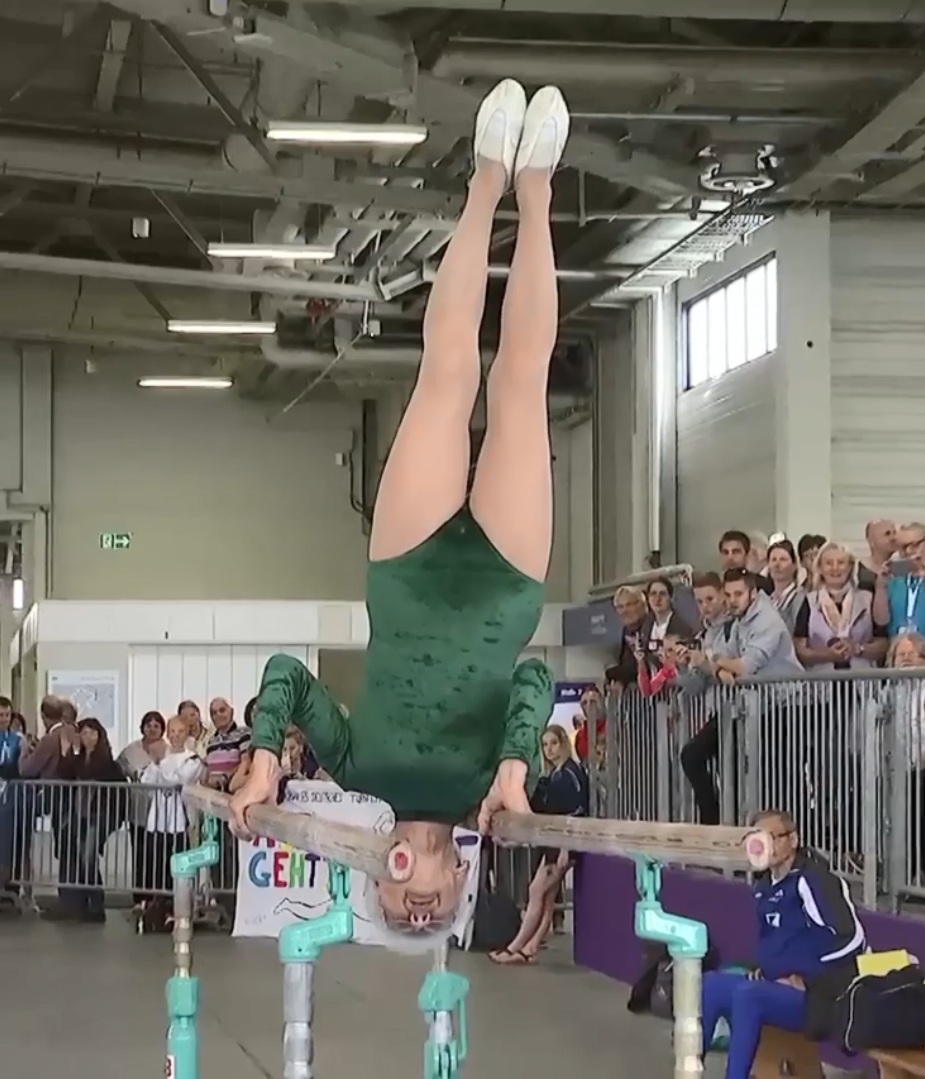 Quaas has always finished first in the festival which is held annually.

However, this year, she took the fourth place. Nevertheless, her achievement is still something to be proud of! 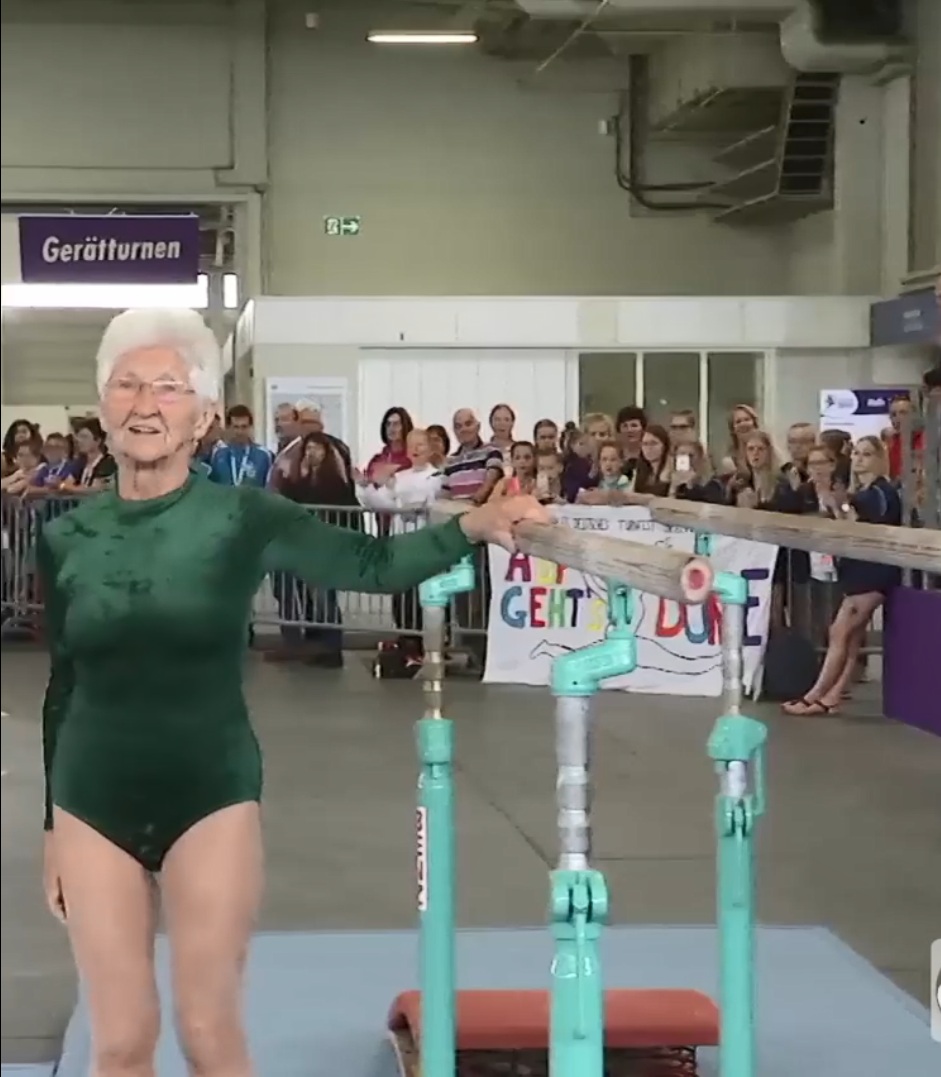 Guinness World Records certified her as the oldest gymnast in 2012 when she turned 86 but that did not stop her from retiring. Quaas said that she will keep doing gymnastics until her last breath.