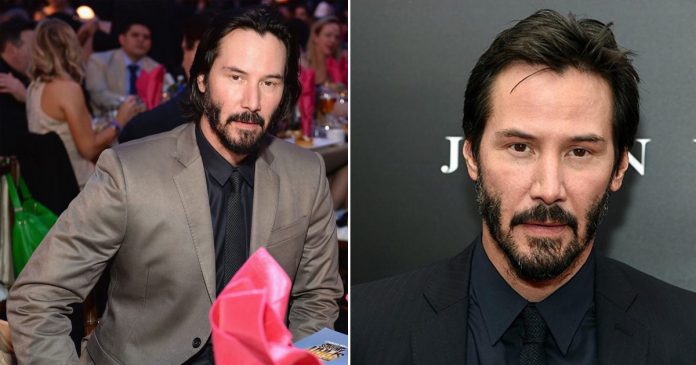 Like any fans, all this young man wanted when he encountered actor Keanu Reeves was his autograph but apparently, it ended with a surprising twist for him.

In a series of tweets that have gone viral on social media, Twitter user @James_Dator recalled the time when he encountered Keanu Reeves.

It was back when he was working at a movie theatre in Sydney, Australia on a quiet Wednesday morning. 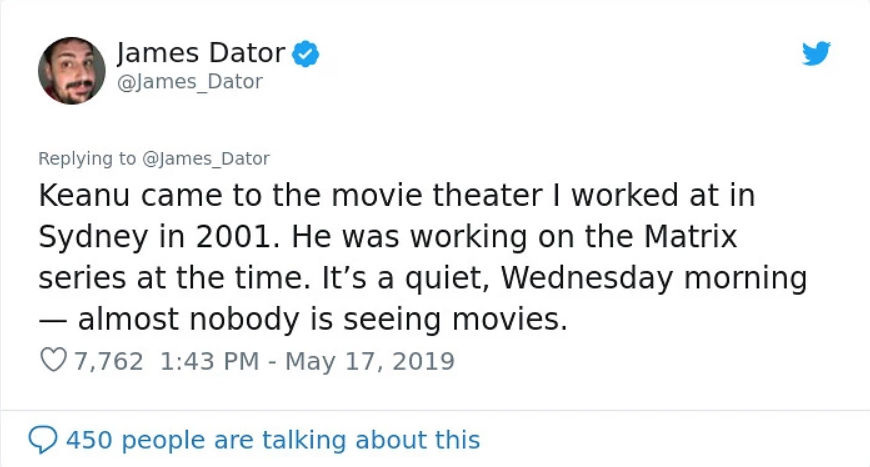 Like anyone who gets the chance to meet their favorite Hollywood star, the 16-year-old Dator was starstruck by the actor. 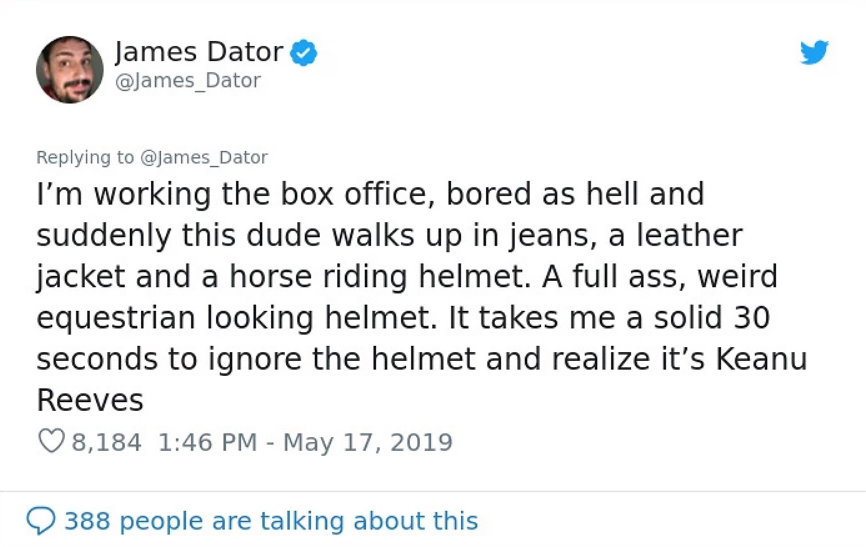 At the time, Reeves was in town to work on his latest movie, Matrix series and stopped into the movie theatre to watch “From Hell”, a Johnny Depp’s movie.

Dator then thought of offering Reeves his employee discount so that he could get Reeves to sign his sheet and therefore, get his autograph! 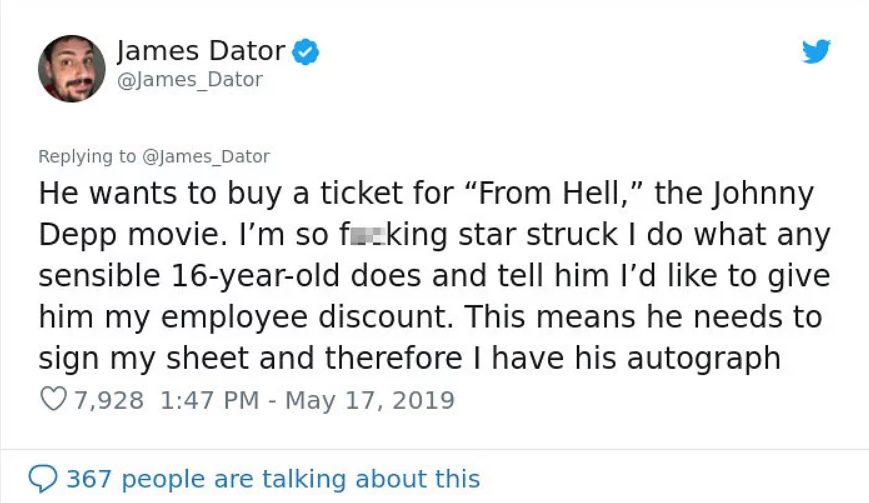 However, the down-to-earth actor refused Dator’s offer on a reason that he “doesn’t work there” to be entitled to use the employee discount.

“Flustered” by the actor’s excuse, Dator then proceeded to charge him the “normal price” and tried to comfort himself as he failed to get Reeves’ autograph. 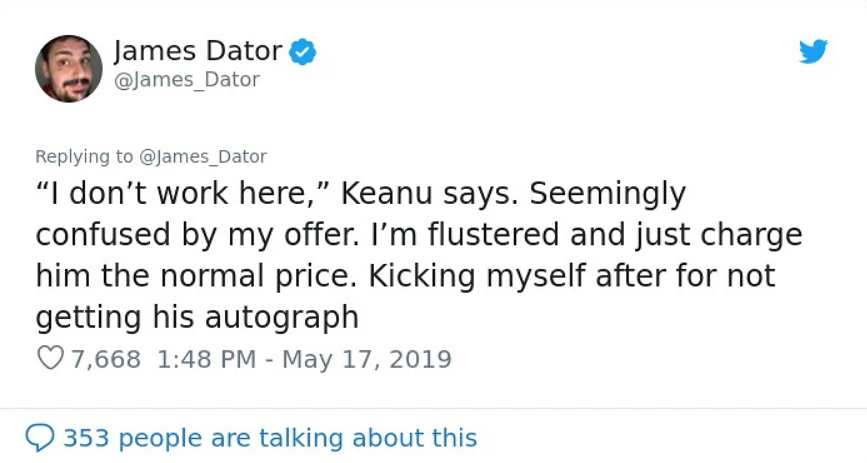 However, to Dator’s surprise, Keanu then came back to see him a moment later.

Reeves then told Dator, “I realized you probably wanted my autograph, so I signed this,” and handed him a receipt. 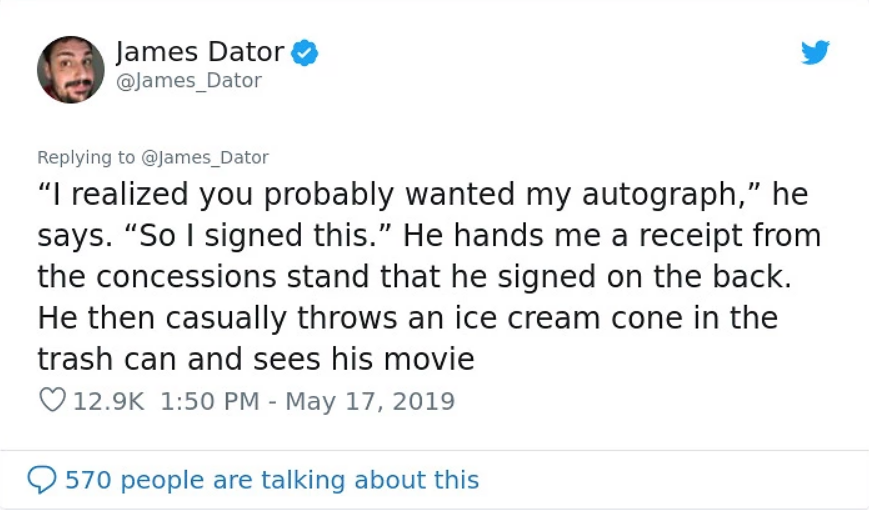 Apparently, the actor bought an ice cream just so he could get the receipt and used it to sign it! It took Dator a while to realize that Reeves did that so that a shy 16-year-old fan could have his autograph.

The heartwarming series of tweets quickly made rounds on the internet as many people were swooned over by the thoughtful gesture shown by the Hollywood actor to a young fan.

There is no doubt that Reeves is a genuinely nice man despite him being one of the most successful and well-known celebrities in the world.

One user commented, “Everything I’ve ever heard about that guy is legit,” while another user joked, “Keanu is a genuinely nice guy — and you literally have the receipts.”

The 54-year-old actor is now back on screen his latest movie, “John Wick: Chapter 3—Parabellum.” The third installment of John Wick series already proves a big hit as it beats Avengers: Endgame with $57 million debut, as reported by NBC News.