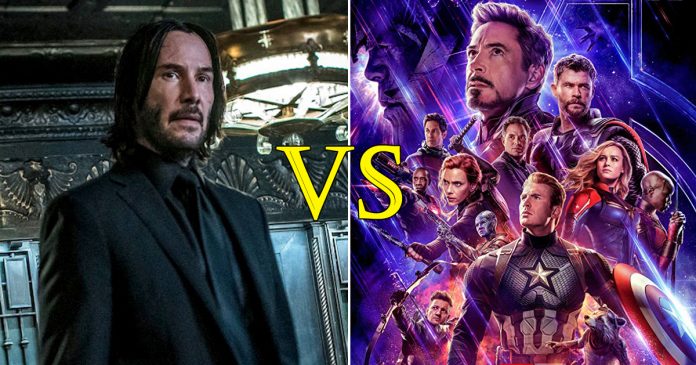 It has not been long since “Avengers: Endgame” beat “Titanic” and trails behind “Avatar” to be the highest grossing film of all-time earlier this month but it looks like even a group of superheroes cannot defend themselves from the power of Keanu Reeves.

Once again, Keanu Reeves proves that he can take on just about anyone and any movies as his latest movie, “John Wick: Chapter 3 — Parabellum” has officially defeated “Avengers: Endgame” with a domestic box office at $57 million.

“John Wick 3” just hit the theaters on Friday, May 19 but it has already put an end to the three-week box office reign held by “Avengers: Endgame”.

At the moment, “John Wick: Chapter 3 — Parabellum” has officially become the top highest grossing movie in the domestic box office since its April 26 premiere.

Parabellum, the third installment of “John Wick” franchise sees Reeves returns as the retired assassin who finds himself on the run from assassins after being declared “excommunicado” by his former handlers.

However, he is given a new mission which forces him to return to Manhattan.

Unfortunately, he must fight his way through the streets of New York and avoid the world’s most ruthless killers as he is placed under $14 million bounty.

Even though “John Wick 3” is still being screened in theatres across the globe, the action franchise has confirmed that “John Wick 4” is coming and is scheduled to be released on May 21, 2021!

In case you have not seen “John Wick 3”, take a look at its official trailer here and watch how amazing Keanu Reeves is.