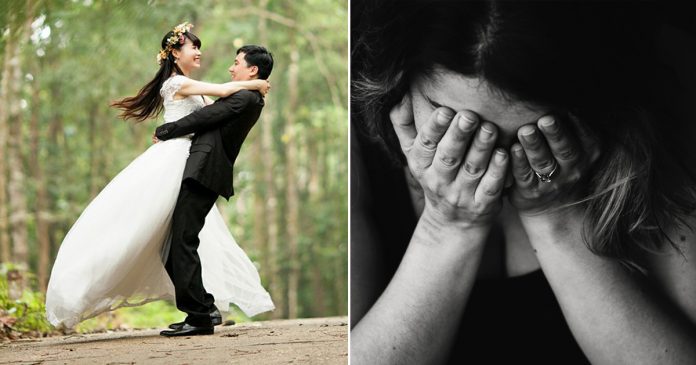 “My name is Xiaoyu and I am 32 years old. I was married once and it has been two years since my former husband and I separated.”

“When I first got a divorce, my family and friends were really careful into bringing up about finding a new partner to me. Honestly, I have been on dates with several men after the divorce but none of them are as great as my former husband.”

“The more I think, the more I feel that my former husband is the best man I have ever met.”

“Since we got divorced two years ago, we have never seen each other again.”

“We first met in college and even worked at the same company. The transition between college life and adulthood was hard but we were always there for each other and that was when we fell in love.”

“Then, we moved in together to a small house. At the time, we did not have much to spend but I remembered that he was always willing to buy me anything including not eating to save up enough to buy me a new handbag.”

“I was spoiled like a princess as he did not allow me to do household chores. I was happy at that time and I felt that I had met the man that I wanted to spend the rest of my life with.”

“Not long after we started dating, we got married.”

“After we got married, he continued to be the best husband I had ever dreamed of. I said I didn’t want to have any children for the time being and he, despite being the only child in his family, did not hesitate to agree with me. I told him I did not want him to smoke so he never did. When I fell sick, he was the one who took care of me.”

“However, I became more and more selfish and I started to ignore his feelings. It was always my idea, my decision to the point that he could not have a say in our marriage.”

“I have always thought that him giving in to my selfish attitude was his way of loving me but I was wrong. He had his limit as well. We then got a divorce but even towards the end, he still apologized to me, saying that he was sorry for not being able to be the best husband that I wanted.”

“After the divorce, my ego told me that my former husband would come back but two years have passed and he never once called me. By this time, I realized that our chapter is over for real.”

“One day I went to a birthday party of my friend from the college. Before the party, I went to a blind date but my date cursed loudly and I left him before I finished the coffee that I ordered earlier. At that moment, I was reminded of my former husband and how soft-spoken he was.”

I didn’t realized that I was tearing up when suddenly a man pulled out a chair in front of me and handed me a tissue. When I looked up, I was shocked.”

“It was my former husband sitting across the table. Seeing him in front of me after two years of being separated from each other, all I wanted to do was to just hold his hand and ask for a second chance.”

“When I realized that he came to the party alone, my heart was pounding with hope. Is he still single? Do we still have a chance of getting back together? But then, his phone rang and he picked it up. “Okay, I will see you in a minute,” he told the person on the other end.

“He smiled to me and told me that he had to leave before he walked out of the door. There, a beautiful woman was waiting for him and they kissed each other.”

“My heart sank at the sight of him being in love with another woman. We used to love each other but I failed to appreciate him. Now that he’s gone, I miss him.”

A man married a beautiful wife and lived happily as newlyweds...