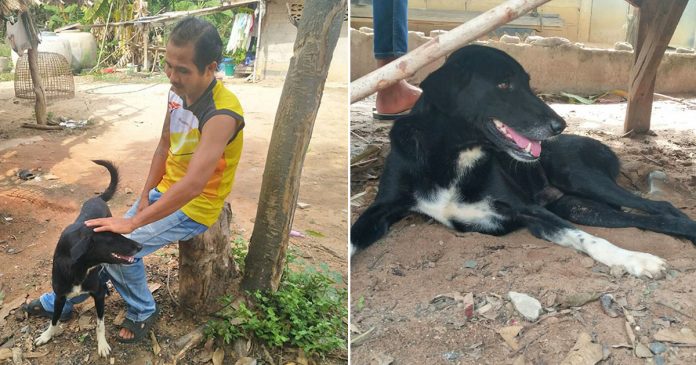 A newborn nearly died after he was buried alive by his teen mother but thankfully, a hero dog rescued him just in time.

A 6-year-old canine named Ping Pong was sniffing around a farmer’s field in Ban Nong Kham village in Korat, Thailand last Wednesday when the dog suddenly started to dig at one spot.

His owner, Usa Nisaika, 41, then noticed a tiny leg sticking out of the earth. Usa later frantically dug up the newborn and he rushed the newborn to the hospital.

Luckily, the newborn was declared to not sustain any serious injuries by the doctors.

The police soon arrested a 15-year-old girl, who was reported to be the newborn’s mother. The teenage girl has been charged with child abandonment and attempted murder.

The teen’s parents have decided to raise the baby.

Following the rescue of the newborn, locals have hailed Ping Pong as a hero.

According to its owner, Ping Pong who was hit by a car when he was only a puppy is loved by the entire village. After the accident, Ping Pong only has three working legs.

In spite of his disability, Ping Pong proves to be obedient and helpful to everyone.

“I kept him because he’s so loyal and obedient, and always helps me out when I go to the fields to tend to my cattle,” Usa told Khao Sod.

“He’s loved by the entire village.  It’s amazing he found the baby.”