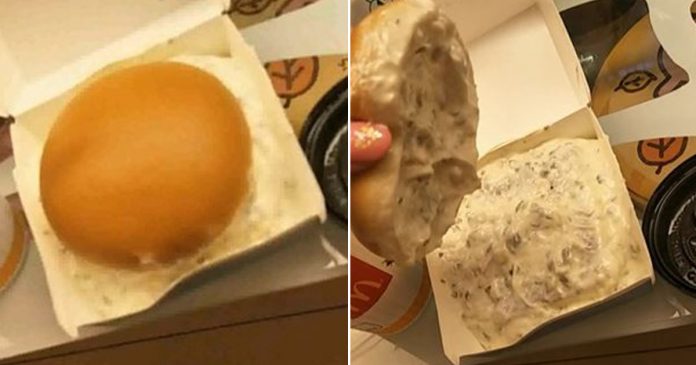 A Taiwanese woman left a note on her second order that she wanted some sauce with her McDonald’s burger as she received one without the sauce in the first order.

When her burger arrived, she was beyond surprised to see how her burger looked like.

It began when the woman received her second Fillet-O-Fish burger through a McDonald’s delivery on May 13.

At first, she ordered as usual through the fast food chain’s delivery app. When her delivery arrived, she was disappointed to see her Fillet-O-Fish burger was delivered without the McDonald’s signature tartar sauce.

As the burger was advertised to have tartar sauce in between the cheddar slice and the steamed bun, the woman then made a complaint to the store and wanted a new burger.

In her second order, she left a note saying that she wanted some sauce with her burger as they did not put the tartar sauce in her burger in the first order.

When her second delivery arrived, she was shocked to see the amount of tartar sauce in her burger.

Apparently, they put so much tartar sauce in her burger that it basically covered the whole burger! 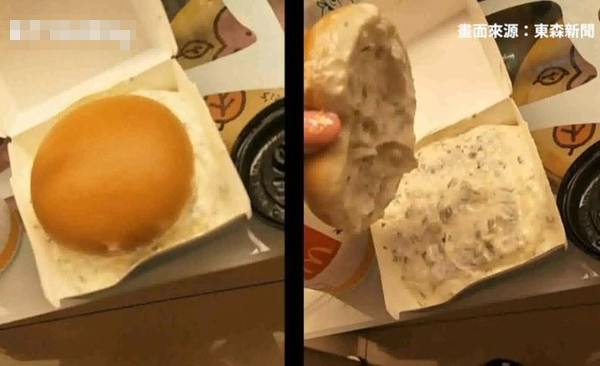 Upon seeing her second burger, the woman became speechless. “Is it because I made a complaint that you gave me such a meal?” the woman said when she called the store.

“It irks me when you did not want to be responsible for my order and said that the sauce machine was broken. If it was really broken, can’t you see what happened to my burger?”

They then apologized to her and offered her compensation but since they messed up with her order two times in a row, the woman was way too furious and refused to be compensated. 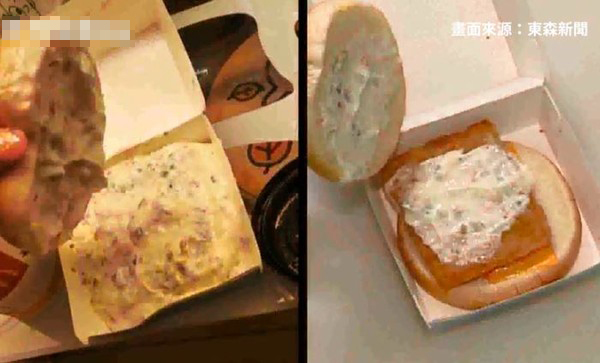 Following the incident, Taiwan’s McDonald’s has issued a statement that the incident happened because of their employees’ negligence, resulting in the burger that was not up to the standard received by the woman.

They also stated that they would ensure the employees to follow standard procedures in the future.

What would you do if you were in the woman’s shoes?