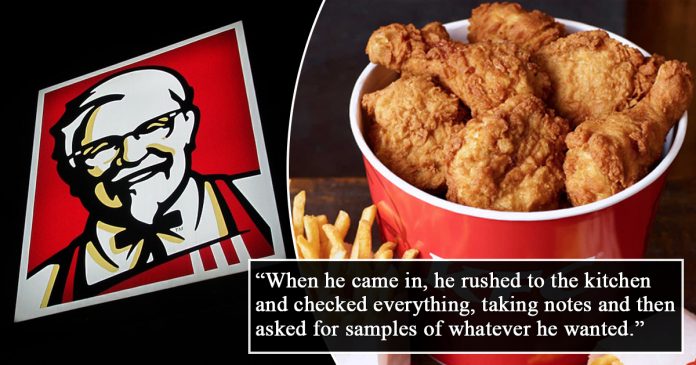 What does it take to get free KFC for a year? For this 27-year-old man, apparently, all he had to do was to dress up nicely in a business suit, pull up in a limousine and order a plate of the ‘finger-lickin’ good KFC chicken.

The South African man reportedly told the employees at the fast food chain that he had been sent by the KFC headquarters for quality checks and he was there to make sure the chicken they served was up to standard.

Needless to say, the employees believed the University of KwaZulu-Natal student since he had an ID card from the “headquarters” and walked in such confidence, according to India Today.

His cover-up appeared even more convincing as his friend who was a part-time limo driver became his accomplice and pretended that the con man was a man with high status, as reported by Xpouzar.

“When he arrived we would all try to act our best so that we didn’t piss off the man from head office – he was so convincing because he was so confident, and even colleagues from other branches of KFC know him,” told staff of KFC to Xpouzar.

“When he came in, he rushed to the kitchen and checked everything, taking notes and then asked for samples of whatever he wanted,” the staff added.

“He probably worked for KFC before because he knows everything.”

The man managed to eat KFC for free for a year but what seems like a perfect plan now has fallen apart as he has now been arrested and will appear in court for alleged scamming.

The incident first came to limelight after a journalist from “The African Voice” shared the news on Twitter.

South African man arrested for eating at KFC free for a year by saying head office sent him to taste if they are up to standard. pic.twitter.com/1V4eD7IR2i

Even though the South African man scammed his way to eat KFC for free for a year, some users dubbed him as “hero”.

“They should give that man that job already,” one user commented while another user wrote, “Not all heroes wear capes..”

Another user also added, “He is a legend and is now a very experienced taster. KFC should employ him.”

When they welcome him in jail pic.twitter.com/QLYQfqt939