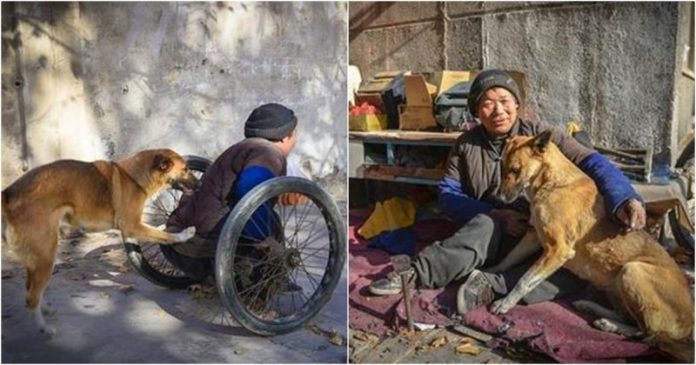 Mr. Ma has been a street cobbler for more than 40 years. The 59-year-old cobbler became paralyzed in the lower part of his body after suffering a major sickness when he was a child. He relies on a shabby homemade wheelchair for moving around. Every day, he needs to spend an hour each way to travel the 1 km distance between his house and his cobbler’s stall. Luckily, he is helped by a big brown dog, in spite of rain or shine. 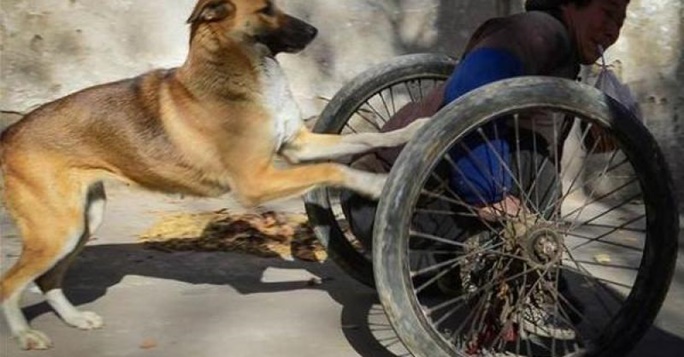 Residents in the neighborhood know about Mr. Ma and his devoted big brown dog. The big brown dog not only helps Mr. Ma look after the stall, it also helps him warm his feet when the weather gets cold. Whenever they have to go uphill, the big brown dog seems to exert itself to push Mr. Ma forward; this is a scene that the local residents witness daily. 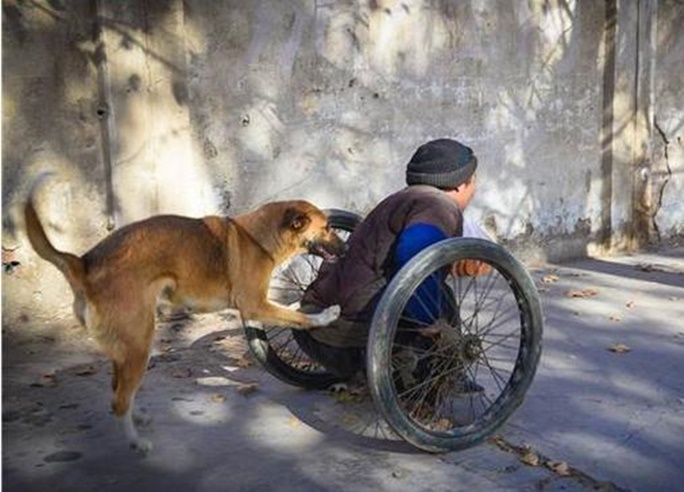 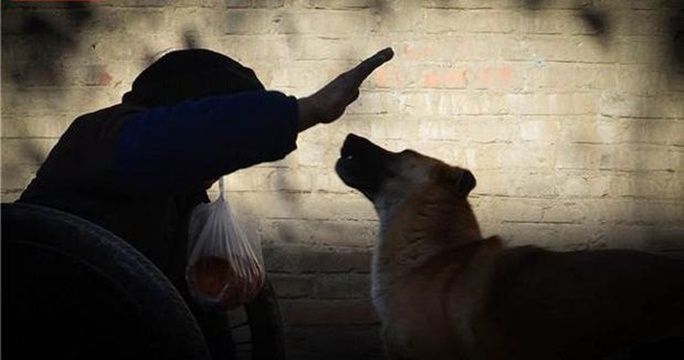 Mr. Ma says proudly: “The dog is very smart. It is even smarter than those guide dogs seen on TV.” 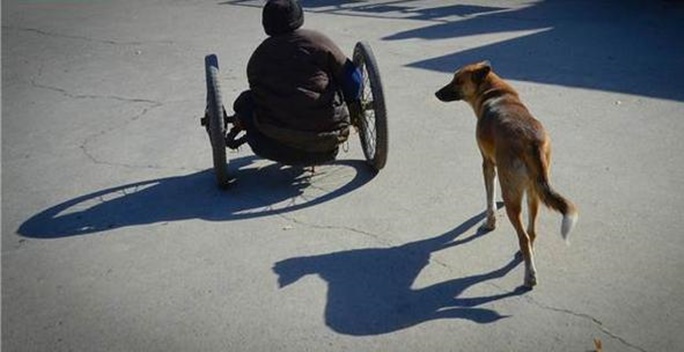 His meager income is sadly not enough for his own living expenses. Often, he has to go hungry, and when he cannot stand the hunger, he will eat some persimmon fruits that he keeps under his bed. Sometimes, his neighbors will give him some food. He also ate leftovers that were kept for over three days before. 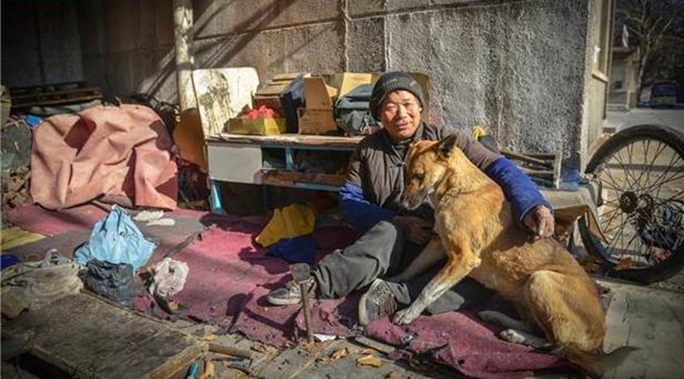 The big brown dog understands Mr. Ma’s living conditions, so it never begs him for food. Instead, it looks for food outside itself or eats food given by the neighbors. 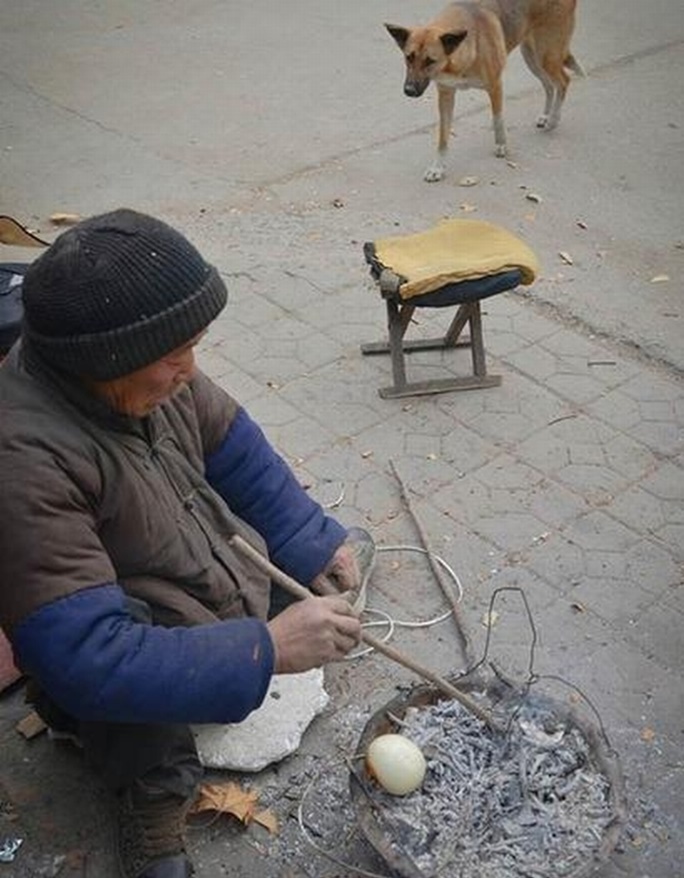 Mr. Ma is feeding the big brown dog with some biscuits. 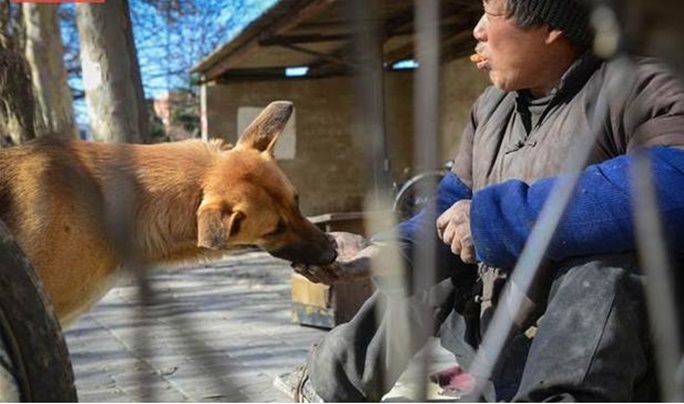 When Mr. Ma is working, the big brown dog will sleep quietly at a corner. It never annoys his customers. When the customers are gone, it will go over to Mr. Ma, wag its tail or nuzzle up against him to show affection. 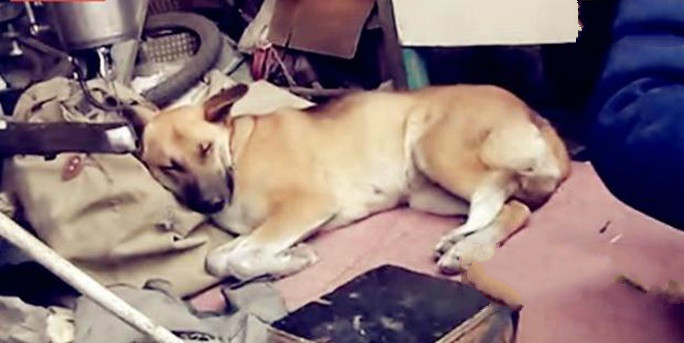 Once, there was someone who wanted to pay to buy the big brown dog but was refused by Mr. Ma. He just will not sell, whatever price it is.

Mr. Ma never begs for money. Even though he is poor, he still wants to earn his own living. And with the company of the big brown dog, he is always able to stay motivated. 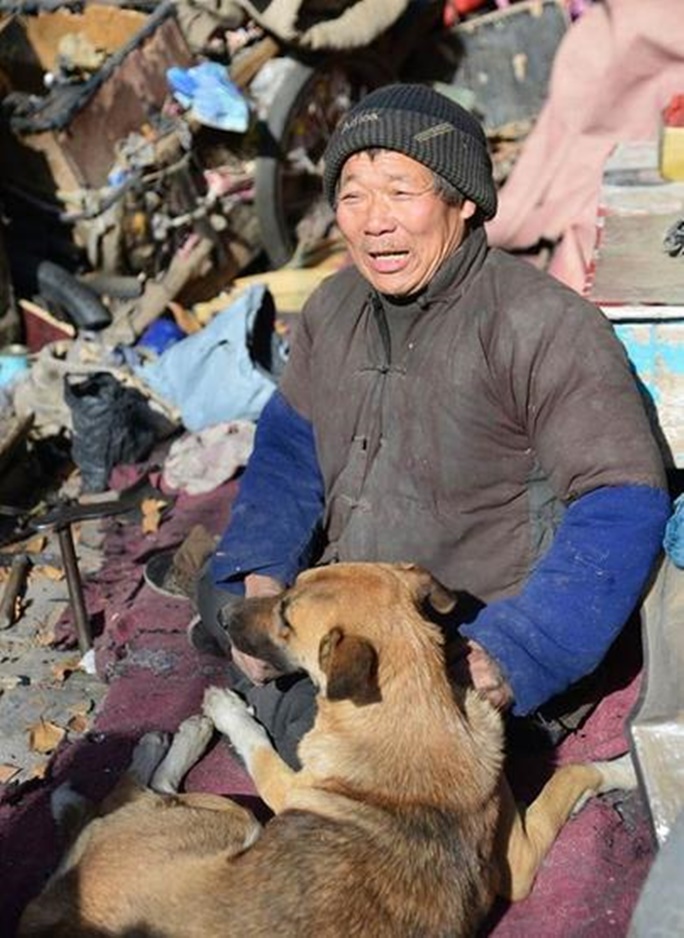 Isn’t this story between Mr. Ma and his big brown dog heartwarming? We have heard many similar stories from all around the world, yet there are still many people who abandon their dogs or other pets. That is so saddening. Let there be no more abandoned animals on the streets. Please share this post, so more people can get to know this heartwarming story.

19 inspirational before and after weight loss photos of the same...