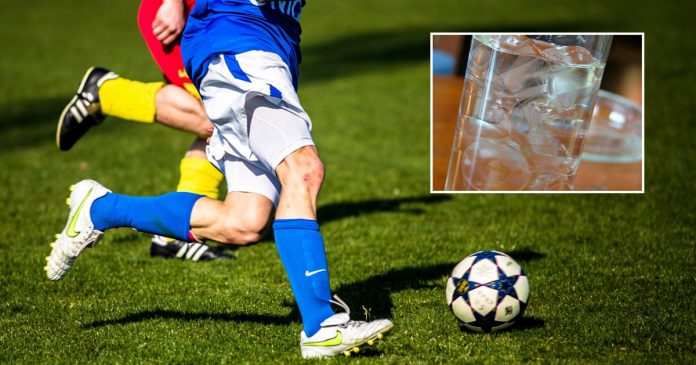 A Peruvian amateur footballer passed away due to a heart attack after he drank cold water following his match.

According to Peru21, 27-year-old Ludwin Florez Nole had just finished playing with his friends, Los Rangers, in Sullana Province, northwest Peru, on May 1.

Ludwin then went back home after the match. His wife, Ingrid Távara, later saw him drinking a glass of cold water to cool off.

Just shortly after he drank the water, his wife said that Ludwin had chest pain so she quickly brought him to a nearby clinic.

Unfortunately, Ludwin passed away while they were on the way to the clinic.

“The doctor told me that he suffered a heart attack because he drank too much cold water while his body was still hot,” the wife said.

Doctors believe that Ludwin had a cardiovascular reflex when he drank cold water shortly after his football match, causing a change in his heart race.

However, the chance to have a cardiovascular reflex when drinking cold water in such situation is said to be rare although a previous case does report the same finding.

According to a report in the American Journal of Forensic Pathology in 1999, a 12-year-old boy suddenly had a cardiac arrest after he quickly drank a frozen slurry drink.

In the report, the boy was later revealed to have an undiagnosed heart condition. When he drank the cold drink, his heart rate suddenly dropped causing him to have a heart attack.

Nevertheless, the microbial contaminants in water can also lead to stomach cramps and other illnesses.