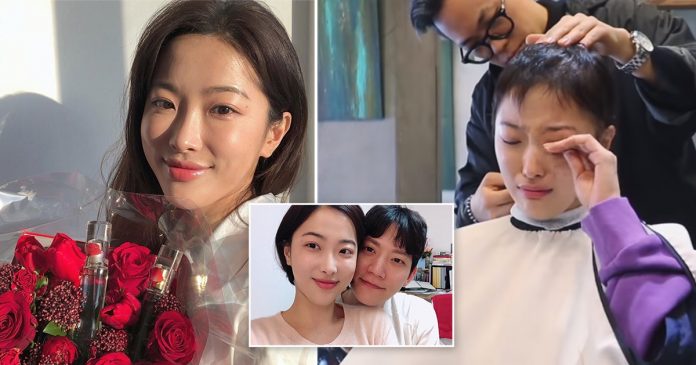 When this Korean beauty lost her hair and her confidence due to chemotherapy, her loving boyfriend gave her the most heartwarming words she needed to hear the most.

Korean beauty Dawn Lee recently revealed that she was diagnosed with lymphoma cancer and just went through her first chemotherapy.

Chemotherapy is often used to fight aggressive cancerous cells from spreading but it also has a nasty side effect—hair loss.

Dawn Lee is a popular Korean influencer who often shares her makeup tutorial on her YouTube channel 새벽 and photos of her flawless complexion and great fashion on Instagram.

In spite of still in her 20s, the famous social media influencer has already amassed 188,000 followers on Instagram.

Unfortunately, Dawn Lee revealed in a recent video that she is currently battling with cancer and has been receiving treatment including chemotherapy.

In the video, she also shared her experience with the side effect of the chemotherapy.

As her hair kept falling out, she later decided to shave her hair and filmed herself at a salon.

Apparently, shaving her head bald was not an easy decision as she burst into tears later in the video.

The video also shows her showing off her new look to her boyfriend for the first time since she shaved her head bald.

To her surprise, her boyfriend bought her a new hat and while she was battling with tears, the boyfriend said, “So cute.” to which the compliment brought a smile to her face.

Thanks to her supportive boyfriend and fans, it seems that Dawn Lee has slowly regained her confidence back as she now comfortably shows her new look on Instagram.

Diagnosed with cancer is obviously terrifying but with all the love and supports she receives, we hope she will make it through!