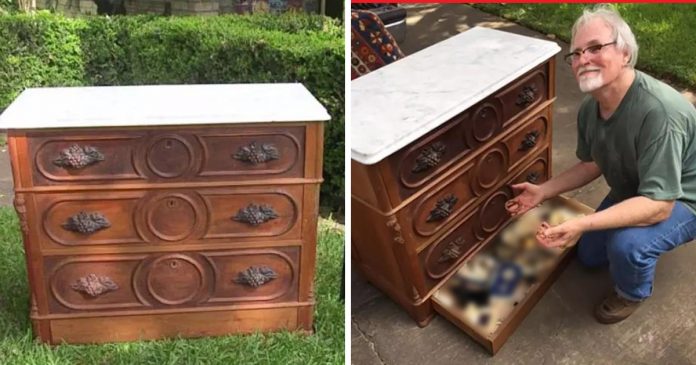 When 67-year-old Emil Knodell from Texas bought a wooden cabinet at a garage sale, he had no idea that he would stumble upon a fortune.

He was fascinated with the cabinet’s marble top and wooden finishing. When he was told that the cabinet was actually 125 years old, Emil got even more excited! Perhaps Emil was one of those guys who appreciates antique furniture. 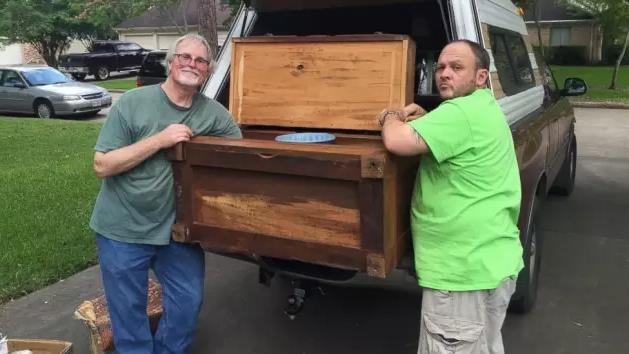 Apparently, the garage sale had started for three days but no one bought the cabinet yet so the seller reduced the price to US$100 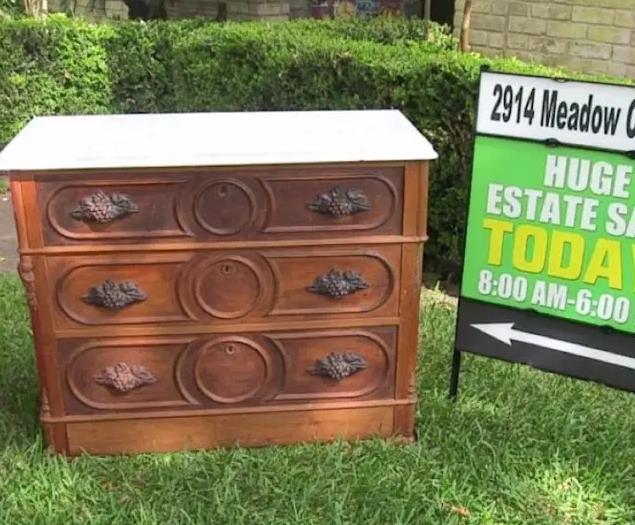 Thinking that it was a pretty good deal, Emil then decided to buy the cabinet. He was particularly intrigued with the marble top which made it very easy to clean. Plus, the cabinet had a finely carved pattern, a beautiful paint finish and made from a high quality wood.

Emil then came with a friend to pick up his cabinet. They were going to load it onto his pickup truck.

Suddenly, they heard some rattling sounds coming from the cabinet’s drawer 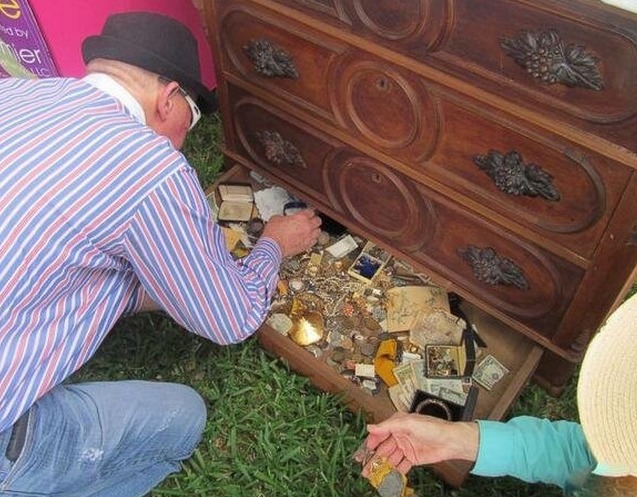 They examined the cabinet to find the source of the rattling. Who would have known that the cabinet has a secret compartment at the bottom.

The compartment was filled with jewelry, diamonds, money as well as old antique items dated back from the civil war! 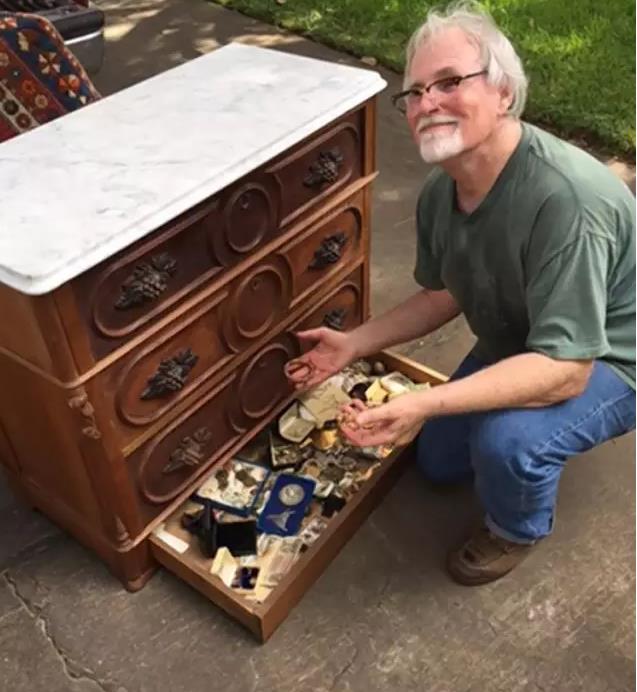 Apart from these jewelry items, the antiques were also expensive. Emil was very surprised with his findings! 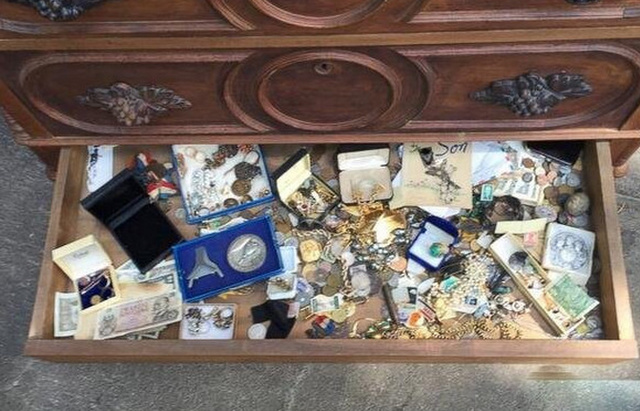 Shocked and excited about the discovery, Emil, however, did not know what to do. After thinking and pondering for some time, he decided to contact the seller. His reason was that the item he bought was just the wooden cabinet, not the contents of the cabinet. So he decided to return the contents to the seller.

Emil’s act of returning these antiques and jewelry items was praised by the seller. He was extremely grateful towards him.

To express his gratefulness, the seller decided to give part of the findings to him as a reward but Emil said that he would not accept items that do not belong to him 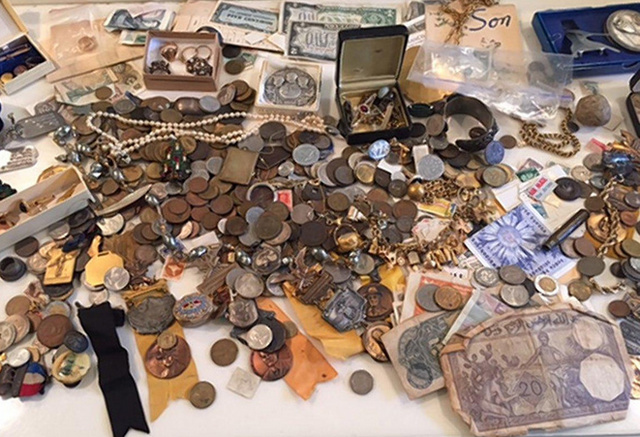 Emil said that if he took things for granted, he would feel uneasy for the rest of his life. It turned out that the cabinet belonged to the seller’s grandparents and he had no idea that such a secret compartment existed. Thanks to Emil, the seller now repossess his family’s inheritance.

Do you own any antiques? Would you sell them or keep it as memory? Please share your thoughts.