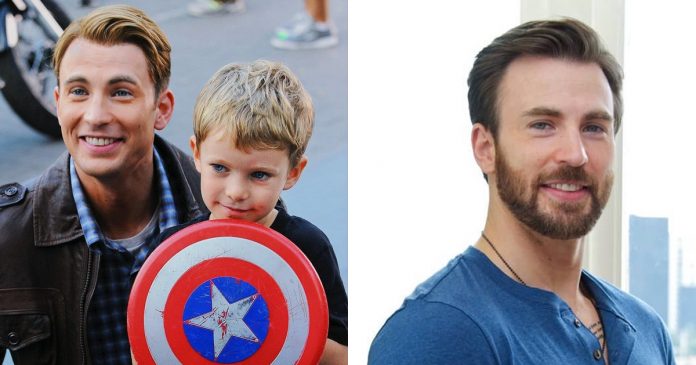 Ladies, you may want to get in line as Chris Evans has just announced that he’s now ready to settle down with a wife and kids. Last month, the Hollywood actor was voted as Glamour magazine’s “Sexiest Actor Alive” for the second year in a row, and now he’s ready for the married life!

The Captain America actor recently opened up about his future plans. Instead of ticking more hit films off his list, he admitted he eventually wants to settle down now filming for ‘Avengers: Endgame’ is done.

He just wants to live a ‘normal’ life and become a dad, and do fun activities with his future kids.

“I really want kids. Yeah, I do. I like pretty pedestrian, domestic things; I want a wife, I want kids…I like ceremony,” Chris revealed.

He added, “I want to carve pumpkins and decorate Christmas trees and s—t like that.”

We’re sure Chris has plenty of ladies lining up following his role as the dashing Marvel comic book character.

Maybe he hasn’t found his real-life Peggy Carter just yet!

The 37-year-old actor told Men’s Journal he wants to hang up his shield for now and live a much more stress-free life, away from the paparazzi and the intense pressure that comes hand-in-hand with being in the limelight.

After more than a decade of living up to his name as Captain America on the big screen, we can understand his want to finally settle down and make his own family.

Now that his Marvel adventures seem to have come to an end, now seems like a perfect time to raise kids and prioritize family life.

Chris seems to have changed his perspective on relationships quite a bit in recent years. He previously called himself an “autonomous guy” who “fears being enveloped”.

We’re glad he now feels ready to share his life with a very special someone. It will be a completely different, but beautiful new chapter of his life which he can treasure!

Watch the trailer for the Avengers: Endgame in the video below: