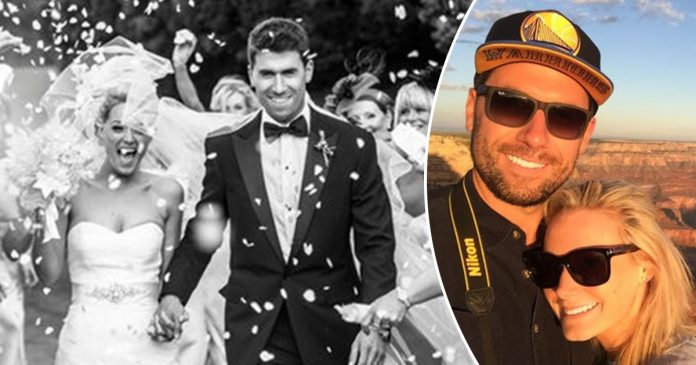 Charlotte Drake was looking forward to getting married to her fiancé Luke in May 2014 but just one week before her wedding day, she was told the most devastating news ever in her life.

Charlotte knew that she had always wanted to get married and become a mother since she was a young girl.

“I’d been planning my wedding since I was a little girl,” she said.

After getting engaged to Luke, Charlotte started to prepare her dream wedding and put all of her attention and focus on the preparation of her big day.

Unfortunately, she was diagnosed with breast cancer just a week before her wedding day. “I still can’t quite believe I had cancer. When I was diagnosed I was 30, had no family history, I didn’t smoke, rarely drank and was very healthy,” she said.

“Moments before I went into the hospital for my results, I was agonizing over which color dress to buy online for my honeymoon. An hour later I was told I had cancer.”

“It put everything into perspective and I couldn’t believe I had been worrying about a dress,” Charlotte continued.

She then told Luke, her parents, sister, and bridesmaids for fear that she had “ruined his life”.

“I was convinced my life was over and told Luke I didn’t think we should get married,” she said.

“I thought I’d ruined his life and didn’t want to become his wife, only for me to die. I felt like I was taking away his wedding day.”

Nevertheless, the couple chose to go ahead with their wedding.

“But he was amazing and told me we were going ahead with it no matter what.”

In spite of that, Charlotte tried to remain positive until her wedding day. “As our wedding approached I remember thinking, this could be the last time people see me looking my best so let’s make it a really great day.”

Three days after her wedding, Charlotte underwent surgery to remove her tumor and began chemotherapy and radiotherapy after the surgery.

The treatment left her with damaged ovaries and she had only managed to retrieve two eggs which were both of bad quality. At that time, Charlotte feared that her dream to become a mother had crushed.

Luckily, she fell pregnant after just one round of IVF and now, the couple has an adorable 7-month-old baby son Henry.

Following her experience, Charlotte encouraged everyone to check their breasts regularly.

“If you do find a lump, act quickly. When I found mine, my doctor thought it was a fatty cyst but I pushed to be referred to a specialist so I could be checked further. My cancer was an aggressive type and if I hadn’t pushed, I was told I could have been dead within two years,” she said.

2-foot-8-inch man married the lady he loved—but when many see her...