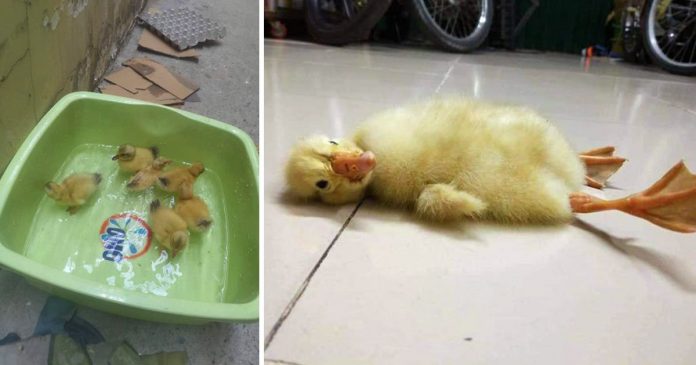 A woman from Vietnam had a pleasant surprise after all the duck eggs she bought ended up hatching a team of adorable ducklings, all because of the hot weather.

According to China Press, the Vietnamese lady bought two dozens of duck eggs and stored them in her kitchen in hopes of having the eggs for a meal later on.

She may also buy the duck eggs to be turned into a famous delicacy called “balut” which is a developing bird embryo that is boiled and eaten from the shell, usually that of a duck.

Unfortunately, it seemed like she never expected that storing the duck eggs in her warm kitchen would help them to hatch instead.

Apparently, the duck eggs she purchased quickly matured and hatched because of the hot weather!

Many countries, especially in Southeast Asia, have been affected by the heatwave including Vietnam which recently saw a record-breaking national high temperature soaring up to 43.4 Celsius in its Northern region.

Hence, it is not a surprise to see how the duck eggs could hatch on their own in this soaring temperature.

Nevertheless, the hatching of the ducklings certainly caught the woman by surprise who is now clueless about what she should do with all the 24 cute ducklings.

In the end, she eventually asked for help from her friends who ended up adopting some of the ducklings which look irresistibly cute!

Just look at how relaxed the duckling looks when it poses for the camera!