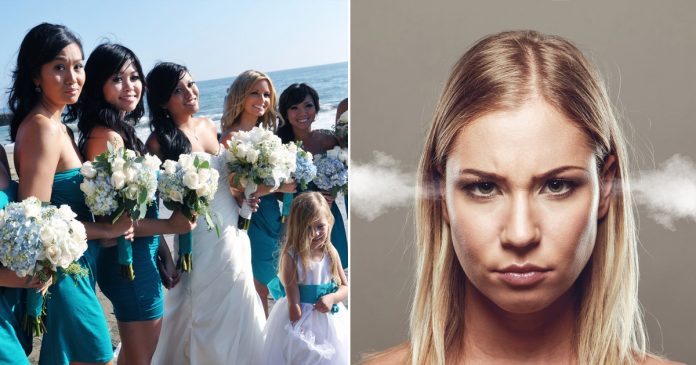 A woman who flew from Australia to the U.S. to attend her friend’s wedding has hit out at the bride who called her to say she didn’t spend enough on her wedding gift.

The furious friend ranted on Reddit and said her “bridezilla” friend demanded $300 extra from her after she spent $275 on her gift—a $75 Tom Dixon candle and $200 cash.

When the friend received a call from the bride, she was expecting it to be a thankful call for what she thought was a nice gift. But instead, the bride called her out for her “miserly” gift.

She had saved up three months for her friend’s wedding gift!

“She told me that the cost of having my husband and I at her wedding was far more than the miserly gift we gave her,” she wrote on a thread via the social media platform.

“So I tell her that we gave them $200 cash and a small designer candle that was $75. I was thinking perhaps someone stole the card with the cash, my friend has always been a bit quick to judge and can be tone deaf rude, but she has a good heart.”

She was so shocked, she hung up the call.

“She basically told me the candle was worthless because it wasn’t the one she wanted and she was going to regift it. So I see where her “maths” comes from,” she added.

The thread, titled “Your gift to our wedding wasn’t enough $$$” has taken the internet by storm, with many saying she has made a lucky escape from the friendship.

The friend also commented the bride is now “dead” to her and her close group of friends.

She said the wedding was extremely lavish, at an “upmarket venue” by the ocean, with fireworks and a yacht for the newlyweds to set off on their honeymoon.

“It probably was very expensive but that isn’t my problem. It’s probably sunk in now that they’ve wasted a lot of money on “one grand soirée” that could have been used better. It’s ungratefulness alright.”

Do you think the bride is being unreasonable? Let us know in the comments.