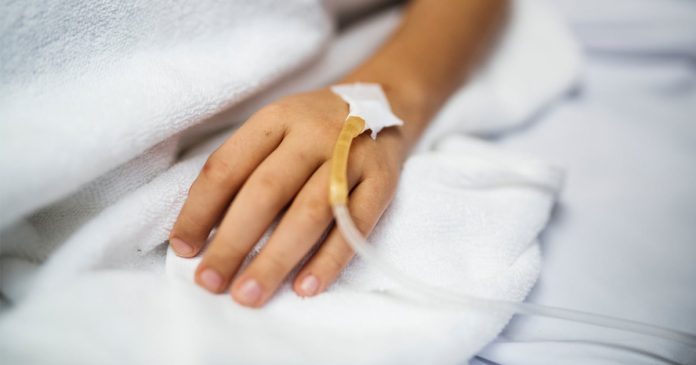 A woman from the United Arab Emirates has miraculously woken up from being in a coma after 27 years. Her son never lost hope and always dreamed she would recover one day!

One day, Munira Abdulla, who was just 32 at the time of the accident, was in a tragic car accident with her son Omar Weiber.

She was on her way home with her son when their car collided with a school bus.

She instinctively hugged Omar tight to protect him just before impact, and he escaped the devastating crash with just a bruise to the head.

Unfortunately, Munira suffered traumatic brain injury and was left comatose, with a London hospital declaring her to be in a “minimally conscious state.”

Everyone thought she would never regain consciousness, but Omar never lost hope.

Later, Munira was transferred to a hospital in the UAE for treatment, but she still showed no signs of recovery after many years.

Munira was given physiotherapy to halt muscle deterioration and was fed using a tube. Doctors still doubted the possibility of her ever recovering.

Her son continued to visit her daily and described her as “valuable” as “gold”.

Medical bills were adding up, but fortunately, the crown prince of Abu Dhabi, Mohammed bin Zayed, heard about the tragic story in 2017, and offered to cover special treatment for Munira in Germany.

There, she received a different range of treatment such as epilepsy and physical treatment and medication to enhance her sleep rhythm, wakefulness and drive.

“Our primary goal was to grant her fragile consciousness the opportunity to develop and prosper within a healthy body, just like a delicate plant which needs good soil to grow,” Ahmad Ryll, a neurology specialist who treated Munira, told The National.

Soon, she began to show signs of improvement. And a year on, something astonishing happened.

For the first time in almost 30 years, Omar heard his mom say his name!

“She was making strange sounds and I kept calling the doctors to examine her, they said everything was normal,” he told The National.

“Then three days later I woke up to the sound of someone calling my name.

“It was her! She was calling my name, I was flying with joy; for years I have dreamt of this moment, and my name was the first word she said.”

It has all gone uphill from there—now she can answer questions, have a conversation and recite prayers. Recently, she was even able to visit the Sheikh Zayed Grand Mosque.

“The reason I shared her story is to tell people not to lose hope on their loved ones; don’t consider them dead when they are in such a state,” Omar said.

“All those years the doctors told me she was a hopeless case, and that there was no point of the treatment I was seeking for her, but whenever in doubt I put myself in her place and did whatever I could to improve her condition.”

This incredible story is a testament to those who believe anything is possible. Never give up on those you love!

[Video] This long haired waiter gets epic makeover and his girlfriend...