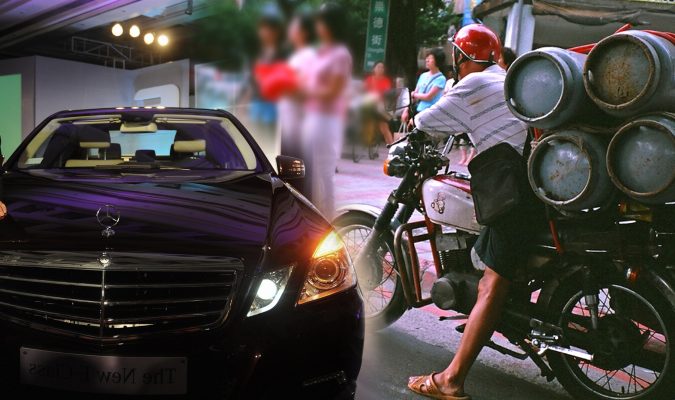 Ben who saw Dan being the only one who was not interested in his story suddenly walked towards him and asked, “Dan, what does your father do for a living?”

Dan who did not notice Ben coming to his table was surprised by Ben’s question. He was anxious about how to reply to his question. Unlike Ben’s father who dressed in a smart suit and had his own chauffeur to drive him to work every morning, his father only had an old motorcycle which he used to deliver gas cylinders from home to home.

He was just the son of a deliveryman.

Even though Dan was shocked by his father’s new appearance, he felt a bit relieve. At least for now, his lie was safe. However, by the end of that day, he soon realized that there was no way his father would come to his school driving a Mercedes Benz just like he told his friends. All his father had was an old Kawasaki motorcycle. What would they say if they saw him and his father riding on an old motorcycle to go back home?

Later when Dan and his father walked to the car park, Dan was ready to become a laughing stock by his classmates.