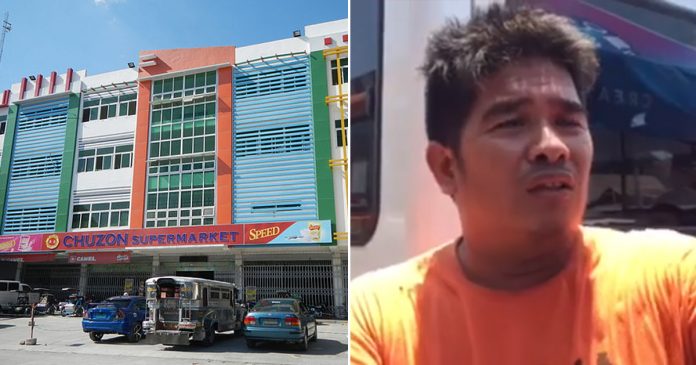 The 6.1 magnitude earthquake which recently hit the Philippines terrified its survivors including Rogelio Pacelo who recalls the horrifying moments before the quake struck.

39-year-old Rogelio Pacelo was at a local supermarket in Porac town, Luzon Island with his wife and their 6-month-old child when the earthquake struck the town last Monday.

When the powerful earthquake hit the town, Pacelo remembers that the supermarket’s trusses were the first to collapse.

Debris and dust were everywhere.

At the time, Pacelo thought that he could not find the way out of the supermarket. Luckily, one employee then showed him the exit just a moment before the supermarket collapsed in front of his eyes.

“I thought that it only happens in movies. I asked God. I said, ‘Lord, Is this my time?’ I thought it was the end of the world, that we are done,” Pacelo said to ABS-CBN News.

Pacelo and his young child managed to escape unharmed while his wife sustained minor injuries.

Here are the before and after photos of the Chuzon Supermarket in Porac, Pampanga where rescuers rush to find more survivors after a magnitude 6.1 quake struck parts of Luzon on Monday. pic.twitter.com/p0bh3aGdH7

Unfortunately, dozens of people may still be trapped under the ruins of the collapsed supermarket as Pacelo claimed he saw many people were leaving when the building collapsed.

He recalls that he saw everyone was bloody, panicking and shouting amid the dust, breaking glasses, stones, and rubbles.

“It was hard. We sought mercy from the Lord. We did not have a choice,” Pacelo said.

Currently, he is recovering from the trauma at home with his family.

Pacelo and his family are some of the survivors before the Chuzon supermarket collapsed while search and rescue operations are still ongoing to find other survivors under the collapsed supermarket.

The officials have declared a state of calamity in Pampanga where the earthquake took place.