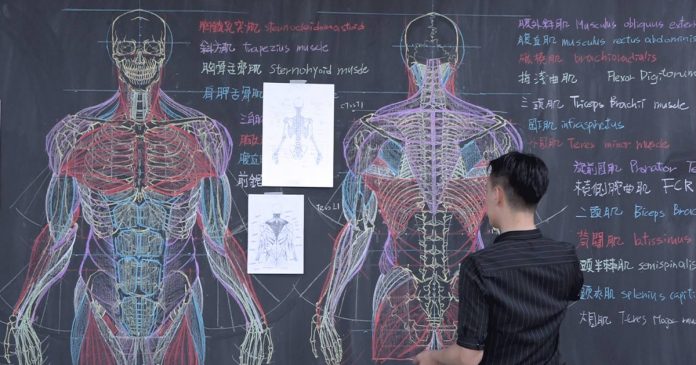 For many teachers, textbooks and online sources are some of the resources they usually use in class but not for this Taiwanese teacher who believes that drawing is the best approach to learning in his classroom.

Meet the talented and artistic teacher from Taiwan, Chuan-Bin Chung who draws his own incredible anatomical chalkboard sketches for his students.

After photos of his chalkboard sketches went viral on the internet, Chung quickly became a star as his students describe him as a “living textbook”.

Chuan-Bin Chung who teaches illustration Anatomy of Arts and Painting Skill at the Department of Visual Communication Design of Shu-Te University believes that instead of reading textbooks, drawing is the best way to learn something. 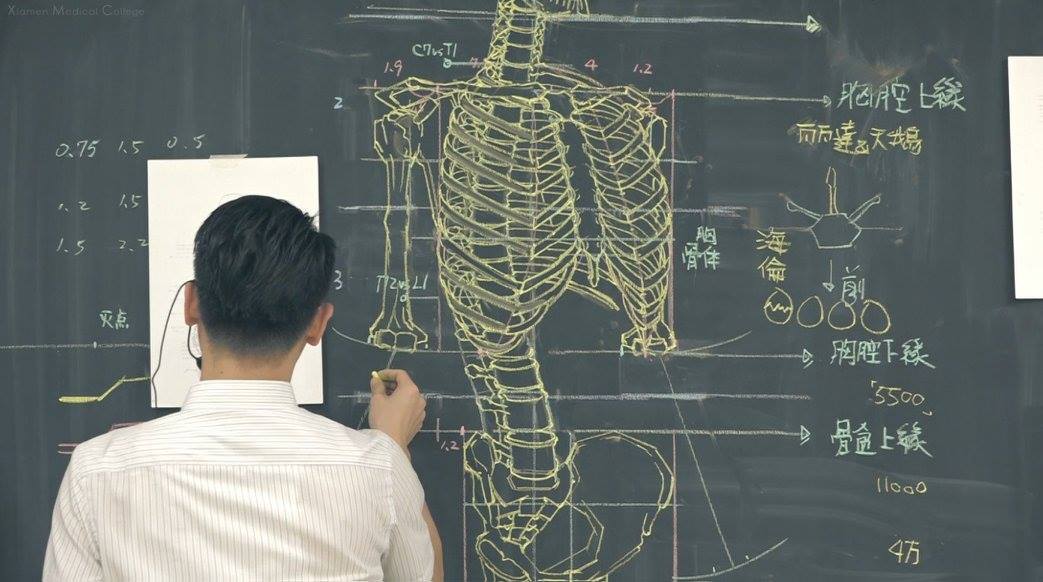 “Yes, we have a textbook. But we don’t read it, we draw it,” Chung said in an interview with Bored Panda.

“Students, majoring in this area, cannot learn by just reading the pictures on books. Instead, we learn while drawing. In my classes, students have to draw what I am demonstrating on the chalkboard.”

His anatomical chalkboard sketches are so impressive that he is often mistaken as a lecturer who teaches for the University’s School of Medicine! 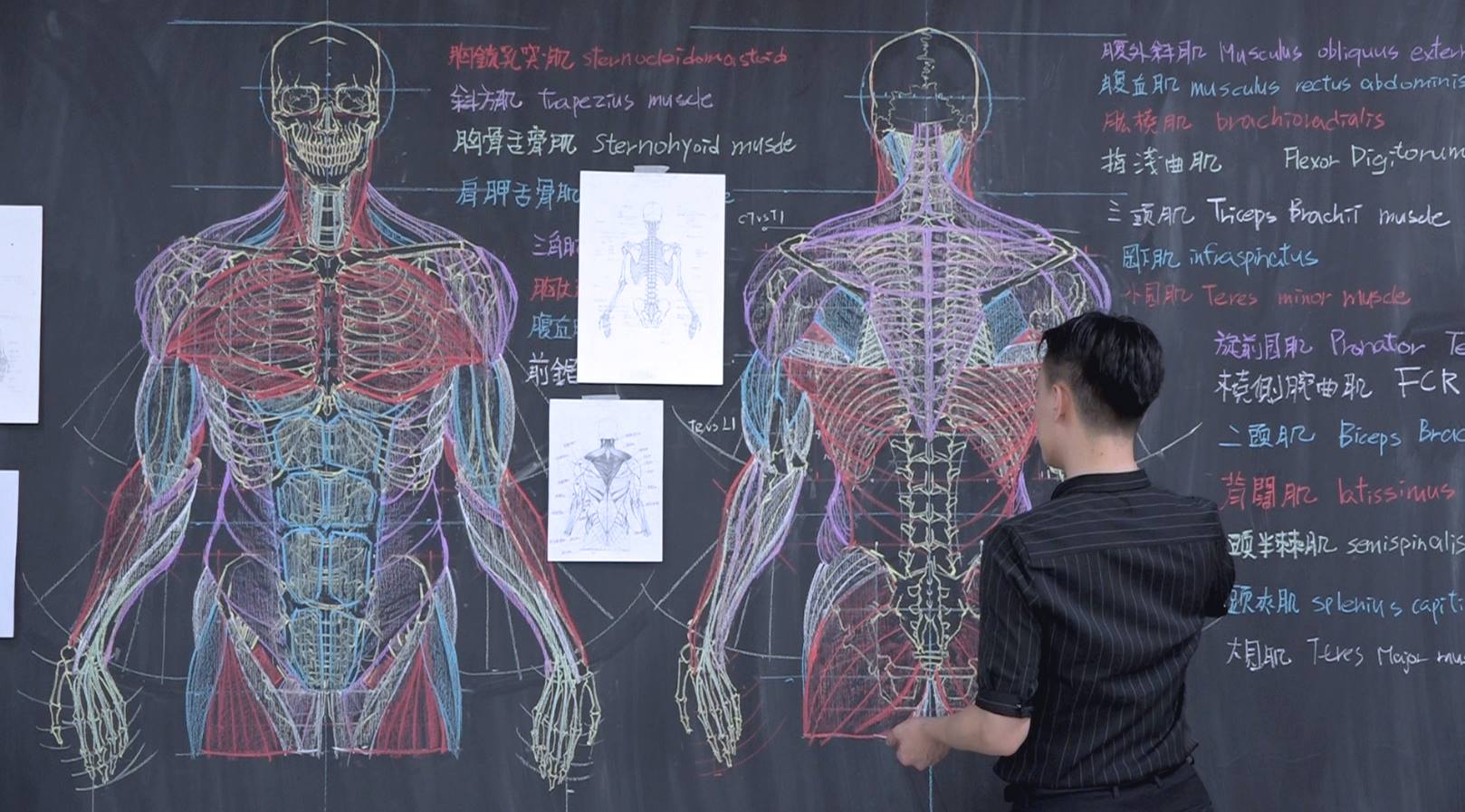 According to Chung, he was not born with great drawing skills.

Rather, his life-like sketches now are the results of hours of practicing whenever he has spare time. He would even practice sketching while riding on a train. 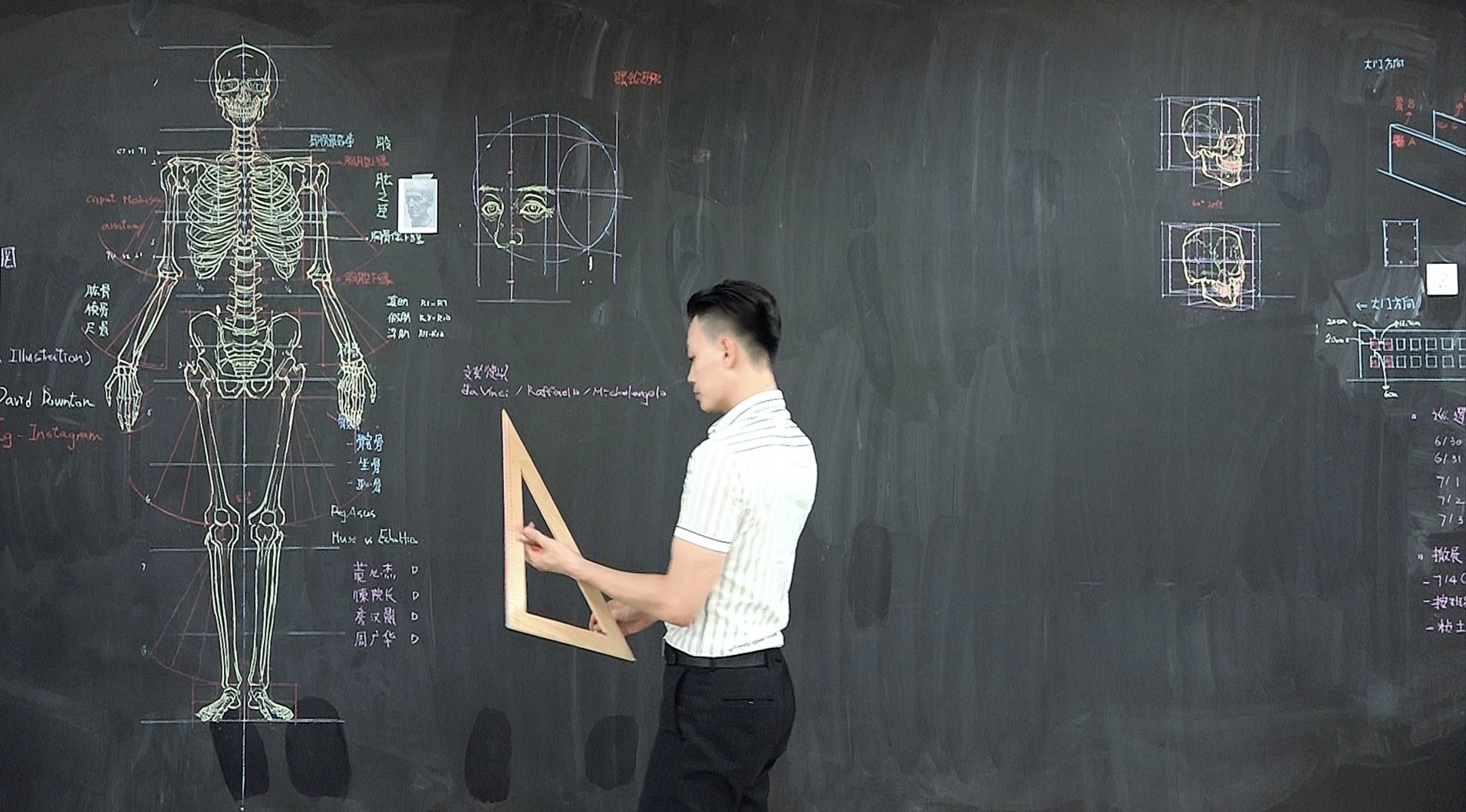 Apparently, his talent has been the talk of the town for quite a while that even Xiamen Medical College in China invited him to teach at their university. 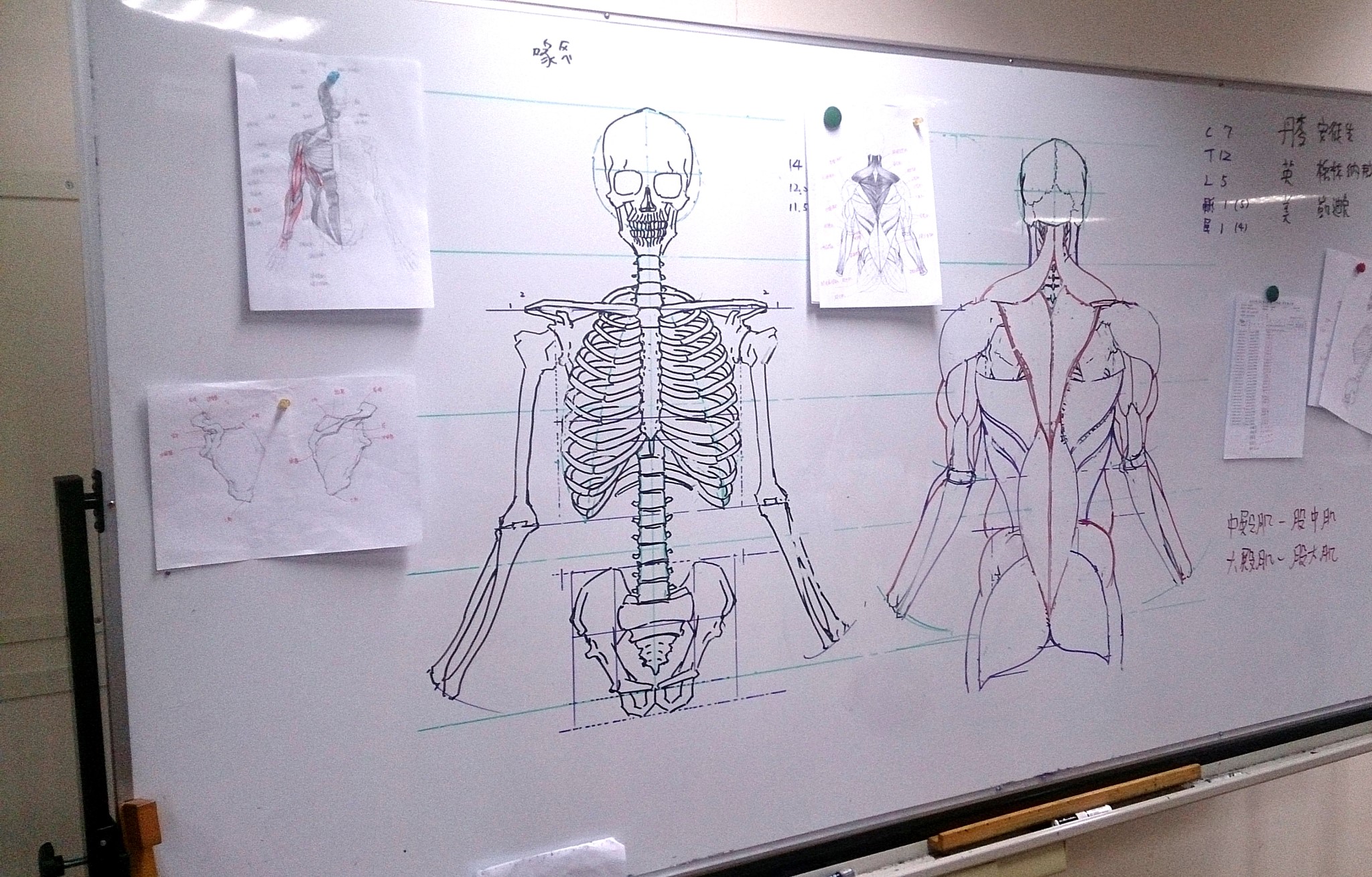 While his chalkboard sketches are impeccable, Chung is also well-known among the students as somewhat a celebrity thanks to his good looks and tall stature. 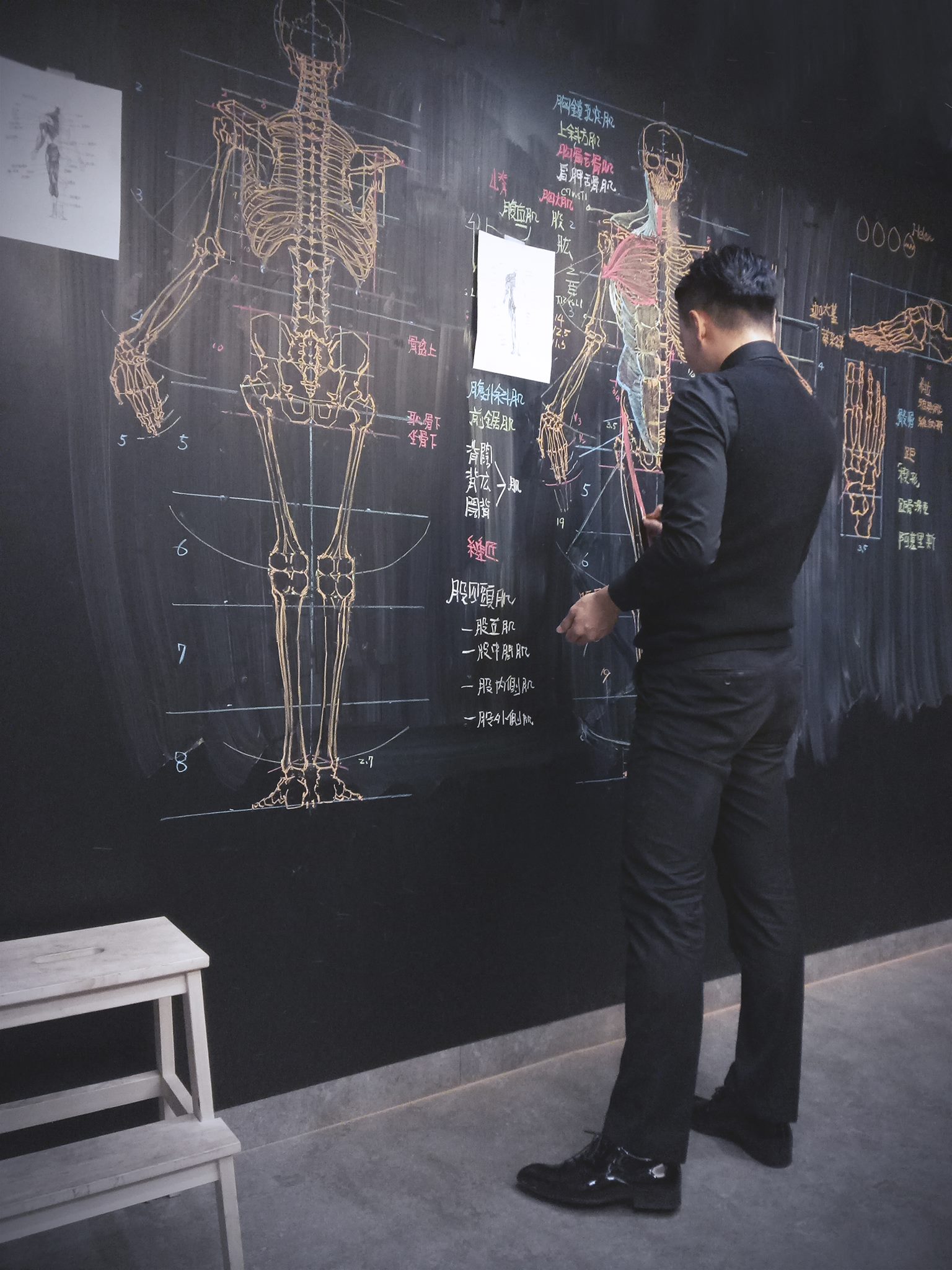 The teacher also regularly posts videos of classes on YouTube. 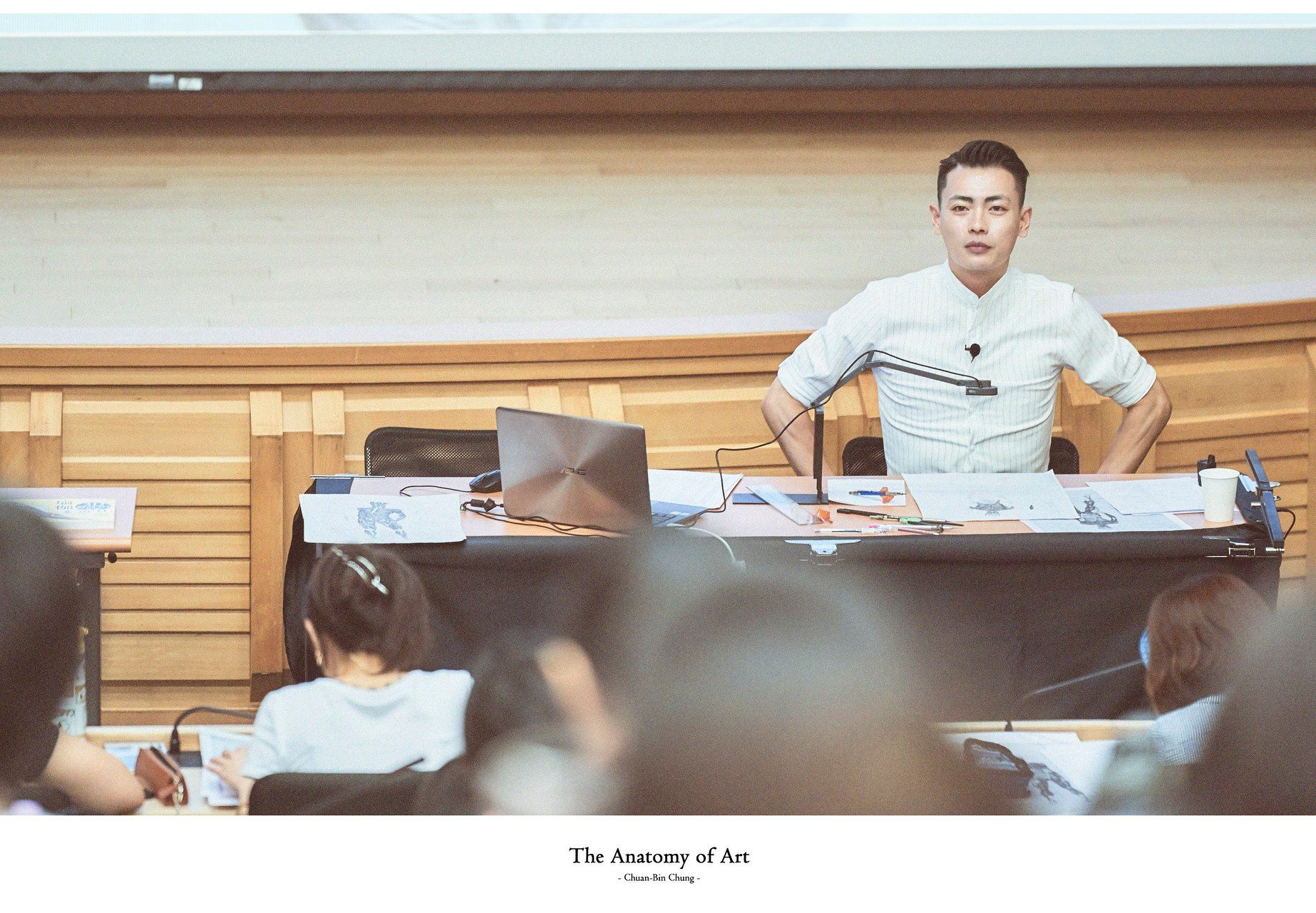 Chung is also a winner of the Red Dot Design Award in 2017 when he won “Best Of The Best” award for the three-part poster series “Media Violence” with Xiamen Medical College. 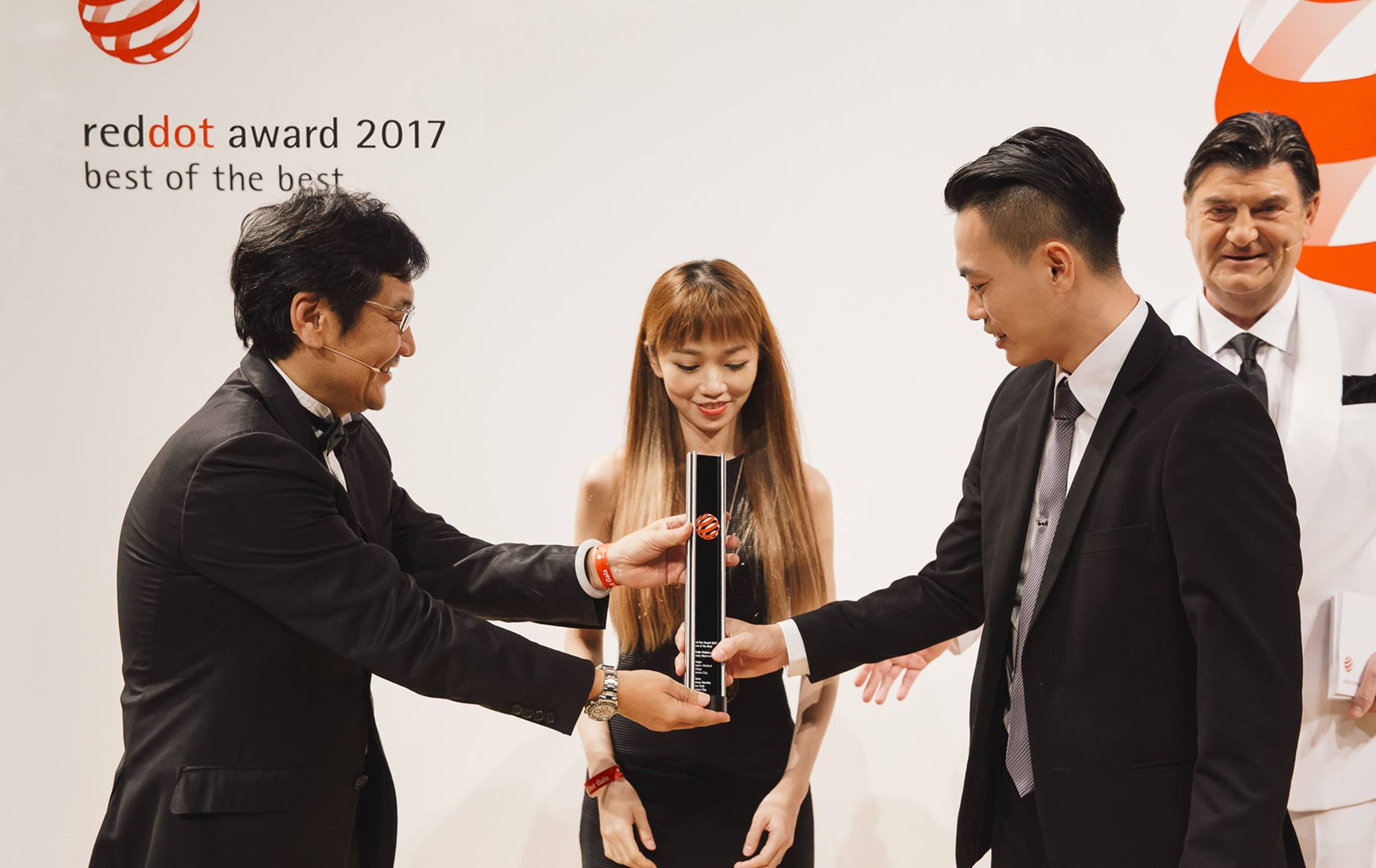 Along with his great drawing skills and an appearance like a model, it is not a surprise that Chung is so popular inside and outside his classroom! 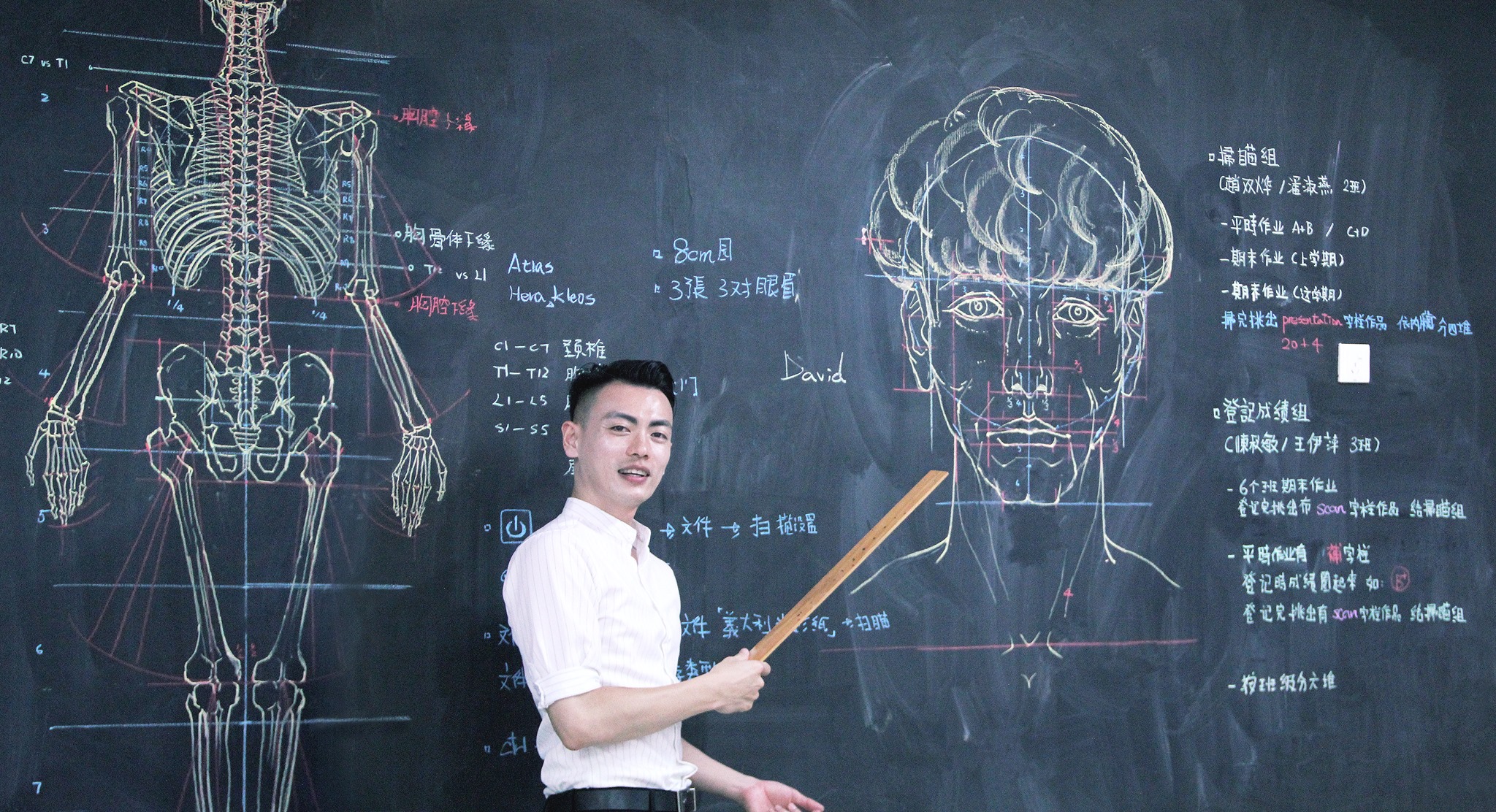