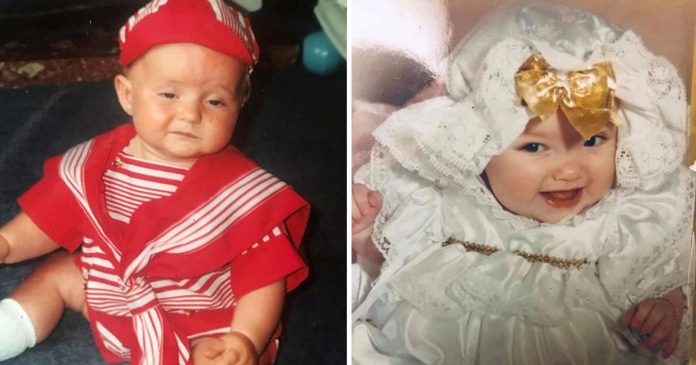 Who said fairytale endings don’t exist! An adorable couple who were born just a few hours apart at the same hospital is due to get married soon. They were truly meant to be.

Lovebirds Shauna Gracey and her fiancé, Tom Maguire, were both born 26 years ago at the now closed Billinge Hospital just hours apart—on December 22, 1992.

From then on, their lives intertwined in mysterious ways. They were fated to be together.

Although they never met until Boxing Day 2010, they, in fact, lived just three miles apart from one another in Wigan, Greater Manchester their whole lives.

It wasn’t until a mutual friend introduced them during a party nine years ago that they finally met.

Tom, who works as an engineer, was dressed as a ninja, while Shauna dressed up in an adorable Mini Mouse ensemble.

But it wasn’t love at first sight for Shauna (she couldn’t even see his face!). Tom had to work to win her heart!

They did kiss on a night out together two months later though, but that still didn’t seal the deal for Shauna.

In April 2011, Tom’s efforts to win her over finally paid off, and they finally became a couple.

They were so surprised when they learned about their fateful welcome into the world!

Children’s nurse Shauna said Tom is “one in a million” and that she feels “like it was fate that we met”. Aww!

“He [Tom] was adamant we were going to be together and would tell me he loved me,” she said.

“I told him that were just friends and that we would never end up together, I just wasn’t interested.

It was like magic! She fell for him one fateful night.

“But one night we were out and I just looked over and saw him and thought ‘oh my God I really like him’,” she explained.

Tom finally went down on one knee to ask the important question during a surprise romantic trip to Rome in October 2016.

Now, they both love seeing how people react to their fairytale story. It’ll be a great one for the wedding!

“I think it’s so nice that we were born on the same day in the same place,” she said.

“I love telling people and seeing their reactions.”

Tom added, ”The story of how we met is definitely weird… all the funny coincidences make the relationship that extra bit special, definitely.

“People we speak to about it love to hear the story.”

Congratulations to the special couple, we wish you happiness and hope the wedding day goes smoothly!