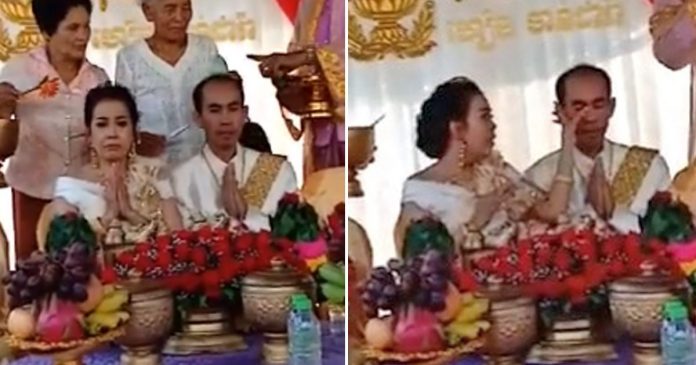 A biological brother and sister from Cambodia recently tied the knot, and there is an extremely sad story behind it.

On what would usually be a day full of joy and happiness, the groom’s eyes were filled with tears on the grand wedding day, April 8. 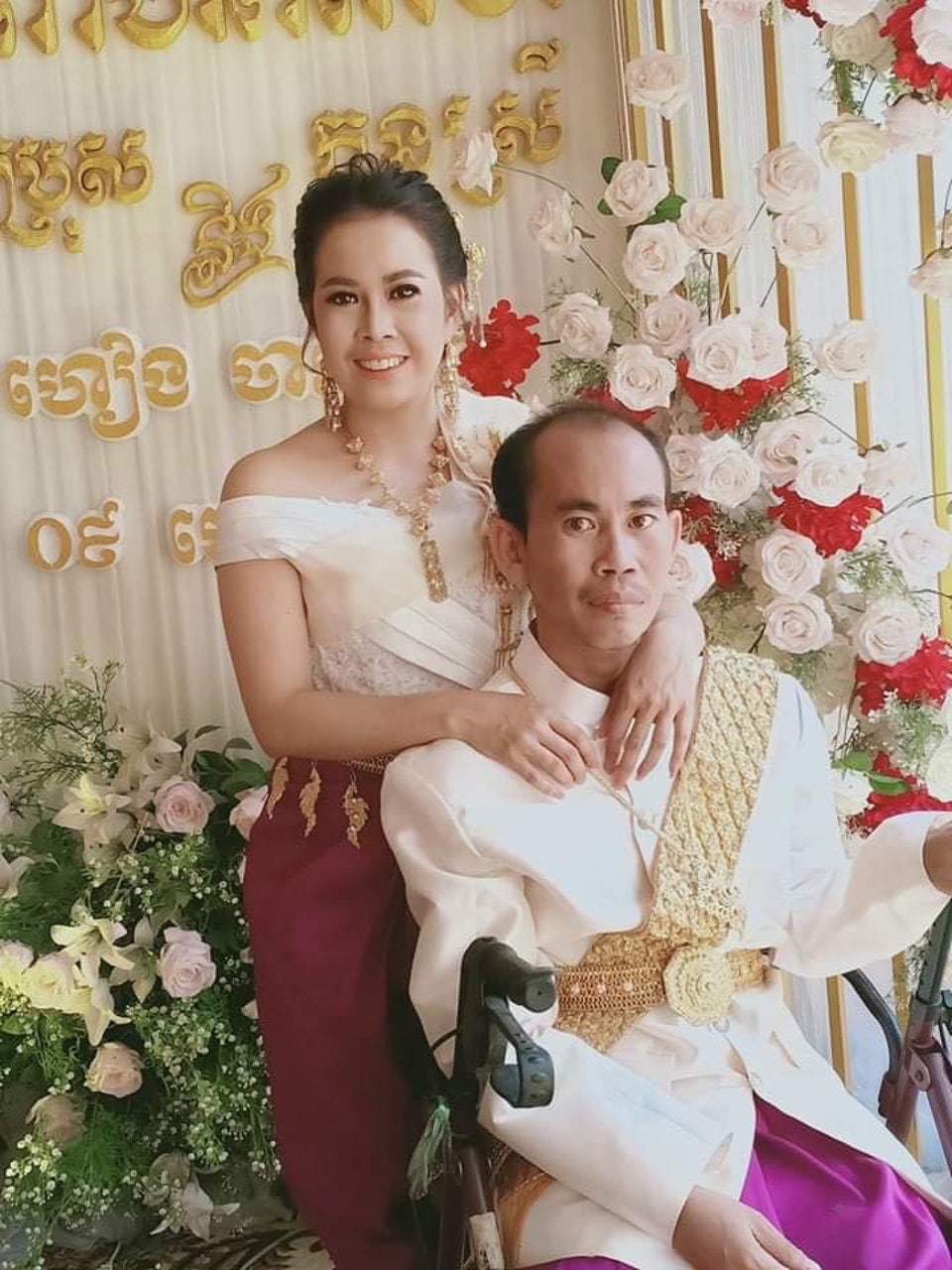 It turned out that the groom’s fiancé and bride-to-be suddenly disappeared right before the ceremony, leaving everyone in shock.

The groom, a wheelchair user, was so devastated by the news that he even collapsed.

But as the venue had already been booked and all of the family had gathered for the occasion, the groom’s sister changed into a wedding gown and acted as the bride to ‘complete’ the ceremony for her brother.

They didn’t want to disappoint the guests! 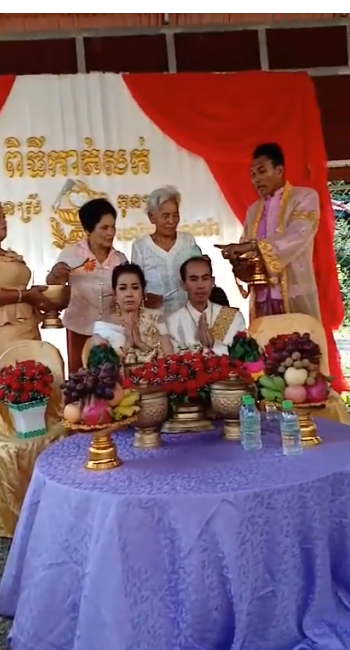 Understandably, the brother was extremely upset throughout the wedding ceremony, so his sister kept comforting him and gently wiped his tears.

He must have been deeply affected by what had happened as he usually doesn’t cry.

Later, she took to Facebook to hit out at the bride for running away on their wedding day.

“How could you play with my brother’s feelings, and the feelings of our family?” she ranted on the social media site.

The groom’s brother also expressed his anger at the bride for abandoning him. 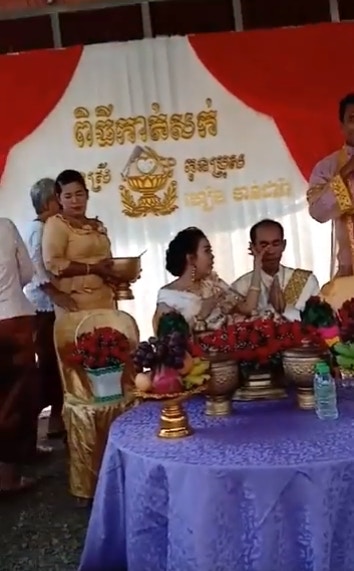 “He was able to marry the person he loved, but the bride abandoned him because of the pressure of her family,” he wrote.

“In the end, we had to leave our sister as a substitute, so that relatives and guests were not disappointed.

“If my brother was not acceptable, why didn’t she say so sooner. Why did she celebrate the wedding only to cancel the marriage at the last minute?”

Many netizens expressed their sympathy for the poor groom for being abandoned last minute. We really hope he finds his true love one day!

ABOUT US
GoodTimes provides you interesting daily feeds of touching stories and news.
Contact us: goodtimes[email protected]
FOLLOW US
© Copyright by GoodTimes
MORE STORIES