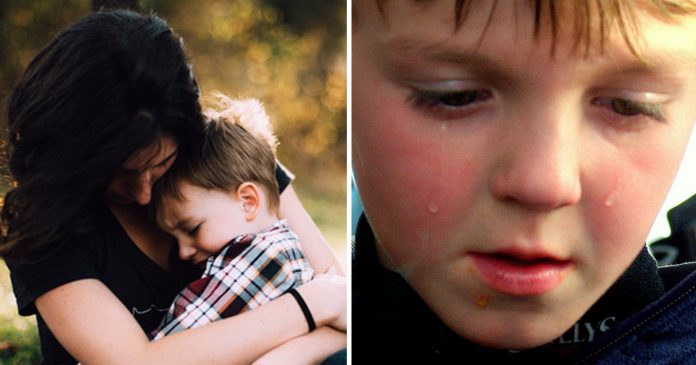 Parenting takes a lot of patience and skills but it does not mean that when the children choose to do wrong, scolding and punishment is the only way to teach them.

A mother shows how she educates her young son after learning that the young boy had stolen a roll of toilet paper from a fast food restaurant.

“Mommy has drunk your yogurt drink. Are you the one who is responsible for this?” the mother asked her son.

“You took the toilet roll at the McDonald’s bathroom. The manager found out and he blamed the cleaning lady for stealing. She might also get her salary deducted. Is she the one at fault?” the mother asked again.

“Mommy should not drink your yogurt drink without asking you first. Mommy apologizes to you and buys you another bottle but how about the cleaning lady?” the mother said.

“Mommy, I don’t know what to do,” the boy said to his mother. He looked overwhelmed as he looked down.

“Mommy believes that you know what’s the right thing to do. Why don’t you give it a try?” the mother said.

The child thought about for a long time before he came up with an idea. “Mommy, I’ve thought about it. Can I give the lady my favorite lollipop?”

They then went to a shop and bought a big bag of lollipops. The pair then headed to a local McDonald’s where the boy later entered the restaurant while the mother waited outside.

The mother just observed quietly from the outside as the boy walked towards one of the staff. It was then the manager noticed the boy and asked him, “Young man, what’s wrong?”

“Please don’t get angry at the cleaning lady. She did nothing wrong. I asked my mommy to buy these lollipops for you and the lady. I’m sorry,” the boy added.

The manager then looked out to the outside and saw the mother waited near the entrance. He finally understood.

“Young man, I accept your apology. We forgive you but you must promise to not steal the toilet roll again, okay?” the manager said as he smiled to the boy. The boy nodded in return and joyfully ran back to his mother.

More often than not, a parent’s parenting style and personality will influence a child. The child will surely encounter various other situations and conflicts as they grow up but it is the responsibility of the parent to guide the child to make the right decision.

Many parents often resort to scolding the child when they do wrong.

However, they always fail to ensure that the child learns from their mistake and know the right way to avoid doing the same mistake.

The mother in this story lets her son realize his mistake and encourages him to think of the right way to make up for his wrongdoing. The child will not only learn to change his bad habits but he also learns to take responsibility for his fault.