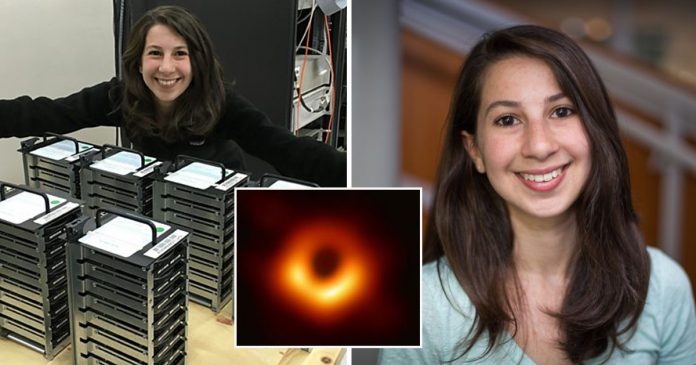 No one has ever had a successful outcome when they tried to capture an image of a black hole until Katie Bouman made the breakthrough image possible.

The 29-year-old computer scientist created the algorithm together with her team which led to the first-ever image of a black hole that has stunned the world recently.

The amazing image quickly attracted everyone’s attention as it was previously thought impossible to capture an image of a black hole.

To simply put in other words, Bouman’s breakthrough was a really big deal as black holes are supposed to be invisible.

Black holes’ gravitational force is so strong that it basically swallows everything around it including light. Plus, black holes are extremely far away and compact.

According to CNN, “Imagine trying to take a photo of an orange that’s on the moon with your smartphone. It seems impossible.”

Thanks to the algorithm she developed, the black hole image was brought to life. “The black hole is really, really far away from us. The one we showed a picture of is 55 million light years away. That means that image is what the black hole was like 55 million years ago,” explains Bouman.

Bouman first started developing the algorithm three years ago when she was still a graduate student at the Massachusetts Institute of Technology (MIT). She led the project with a team from MIT’s Computer Science and Artificial Intelligence Laboratory, the Harvard-Smithsonian Center for Astrophysics and the MIT Haystack Observatory.

When she first captured the image of a black hole, she could not believe it. “Watching in disbelief as the first image I ever made of a black hole was in the process of being reconstructed,” Bouman wrote in her Facebook post.

Watching in disbelief as the first image I ever made of a black hole was in the process of being reconstructed.

When she posted the image to Facebook, it did not take long before the photos went viral worldwide.

A photo of her posing next to a table of stacked hard drives of data soon was compared with the iconic 1969 photo of Margaret Hamilton standing a high stack of the code she wrote for the Apollo space program.

When Bouman first joined the team six years ago, she was a major part of the imaging subteams which worked around the data collected from Event Horizon Telescope (EHT).

The EHT is a network of eight-linked telescopes put around the globe to collect data of M87, the galaxy where the black hole is located.

While Bouman herself is not an expert of astrophysics, her background in computer science and her passion to come up with ways to measure things that are invisible are what helped her motivated her to make the breakthrough.

Nevertheless, she remains humble with her success as she insisted that the team that helped her deserves equal credit.

“No one of us could’ve done it alone,” she told CNN.

“It came together because of lots of different people from many different backgrounds.”

“We’re a melting pot of astronomers, physicists, mathematicians and engineers, and that’s what it took to achieve something once thought impossible,” Bouman said.

She also offered a piece of advice for those who also wish to make a breakthrough in the future, “As long as you’re excited and you’re motivated to work on it, then you should never feel like you can’t do it.”