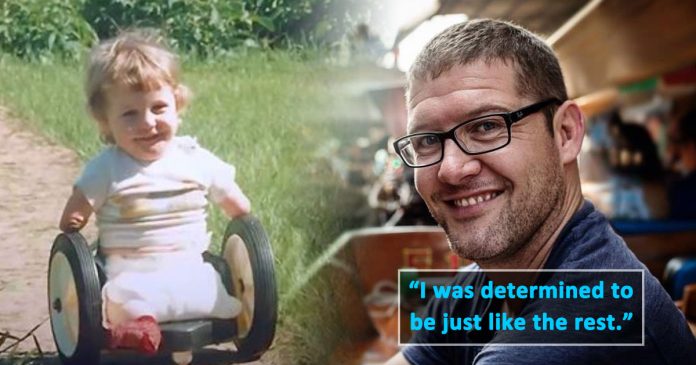 A life with no arms and legs may most probably be tough for many people but not Chris Koch who says that it has been easy for him to live with no limbs.

When he was born, Chris was a healthy baby boy. He looked just like any other newborns except that he had no arms and legs.

When his grandmother found out about his disability a few hours after birth, she made a joke about Chris’ father, Bruce. “Bruce never did finish anything he started,” his grandmother said.

It may come off as insensitive to many people but Chris said that his grandmother’s comment on the day of his birth was what helped him to become who he is later in life.

“I attribute that dry and quirky sense of humor as the reason why I can honestly say that growing up without arms and legs was quite easy,” he said.

“My childhood was pretty normal,” he added. “I wasn’t raised like this kid that is missing arms and legs or a kid with a disability. I was just Chris.” 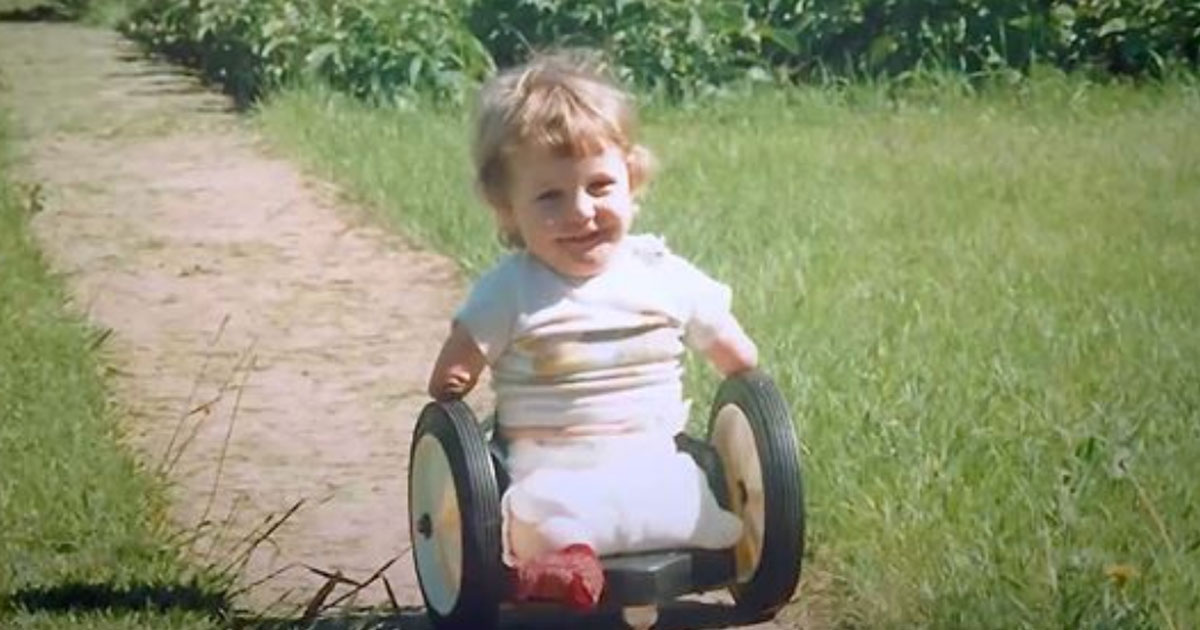 Chris was raised in Nanton, Alberta, a small farming and ranching community in Canada.

His family accepted for he was and for that very reason, his parents did not see why they should spoil or baby him just because he was different.

“If you tell somebody something enough times, they’ll start to believe it,” Chris explained.

I was never told that I couldn’t do something; if I wanted to learn how to snowboard or play soccer, it was always, ‘Oh yeah, let’s try it’.”

So, he grew up just like his other friends. He went to school and played sports.

His parents expected nothing less of him when it came to academics as well as with the household chores.

The first time I was ever on a combine or a tractor was with this guy… my grandpa Tom. Without a doubt, my love of farming and agriculture came from him. Thank you for everything grandpa.

Thanks to his upbringing, Chris is now a motivational speaker as he travels to many places to inspire and bring hope to others.

Great motivational talk at #HughCairnsVC today by Chris Koch ⁦@IfICan79⁩. Anything is possible with the right attitude. pic.twitter.com/r5KaITnh07

“If a guy without arms or legs can snowboard, surf, work on a farm and travel the world, anybody can do anything,” Chris said.

“I always tell people that I’m more afraid of regret than I am of failure. At least try. Don’t look back on life saying, ‘I wish I would have done this.’” he concluded.