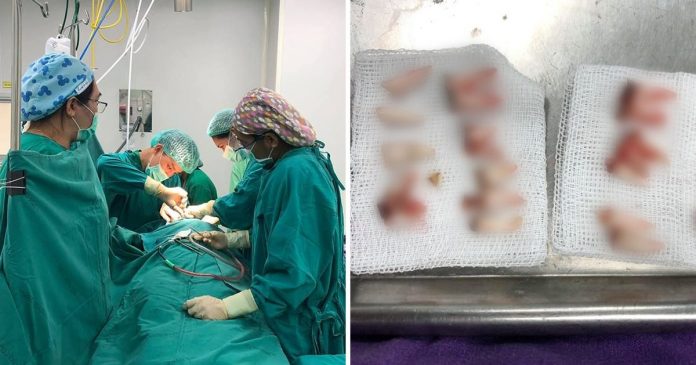 A Thai dentist from Thailand shared the case of a 4-year-old boy who lost 18 out of his 20 teeth on April 9.

Sathian Ken Suravisankul is a dentist who is based in Phuket urged parents to always remember to brush their children’s teeth in a post he shared on Facebook.

Sathian revealed that the condition of the boy’s teeth was really poor after he was left with only two remaining teeth following severe tooth decay.

“He can only use the two teeth located on both sides of his jaw (for now), I thought about how he would eat,” Sathian wrote, according to Post Today.

Sathian also stressed that the boy’s food intake can be greatly affected for a short while.

Baby teeth are important for toddlers as they help children to eat and learn to speak.

According to the dentist, the boy had severe tooth decay as he rarely brushed his teeth after drinking milk.

Sathian further added that the boy who was given milk regularly often went to sleep with his bottle teat without brushing his teeth.

“If you love your children, you have to brush their teeth regularly,” the dentist concluded.

He also urged parents to not let their children go to sleep with a pacifier or a bottle teat as it can increase the risk of them getting tooth decay.

Just like adults, young children also need to brush their teeth regularly to remove bacteria and plague that could cause tooth decay and gum disease.

Brushing your children’s teeth should begin as early as when their first tooth came through which is around six months of age.

Parents should also be vigilant to clean their children’s teeth and gum twice a day.

His family couldn’t believe that this father-of-three lost over half his...