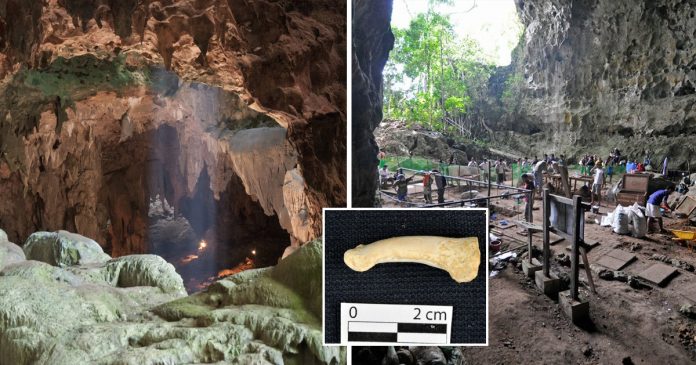 An unusual ancient human species was discovered in a cave on the island of Luzon in the Philippines.

At least 50,000 years ago, the now extinct human species lived on the island as scientists suspect that these ancient humans may have stood less than 4 feet tall.

Even though the early humans had ape-like features, scientists suggest that they were indeed a human species based on their teeth and bones found there.

Currently, our species which is known as the Homo sapiens inhabits most parts of the world. The discovery of the ancient human species proved that human evolution has a strange and complex history.

He was digging in a cave on the island of Luzon when he made the discovery and thought that the toe bone looked different than a modern human bone.

“There’s something peculiar with this bone,” he said.

However, the toe bone was not enough to prove that an ancient civilization lived on the island.

Mijares and his team from the University of the Philippines later looked for bones of early humans for another four years.

All the bones and teeth came from three different individuals. Unlike our teeth which have only one root, their teeth had three roots and were much tinier.

Following the discovery, Mijares and his team suggest that the evidence pointed to a new human species, one that the scientists have yet to find out.

Huw Groucutt, a paleoanthropologist at the Max Planck Institute for Chemical Ecology said that drawing a conclusion from a few bones is risky. However, he believes that the bones may belong to a new Homo species.

“I think the argument for a new species does look pretty convincing in this case,” he said.