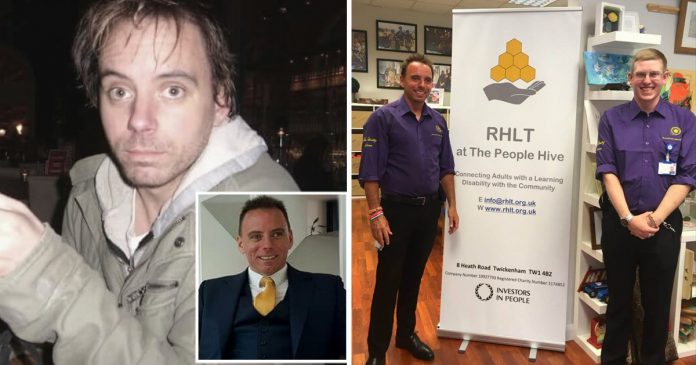 Drew Goodall has always dreamed to become a successful actor in Hollywood. At first, it seemed like his life turned out just the way he planned until one criticism changed his life forever.

After studying acting, Goodall’s acting career began when he managed to secure small roles in several movies such as Snatch and About A Boy.

He also started to rub shoulders with A-list Hollywood actors like Brad Pitt and Hugh Grant.

It seemed like Goodall was on the right path to becoming a well-known actor in Hollywood until he received harsh criticism about his acting.

His acting career quickly fell off sooner than he noticed and he started running out of money.

However, Goodall refused to tell his parents as that would mean a defeat to him.

He was kicked out by his landlord not long after that and had to sleep on the streets for six months during the 90s.

At that time, Goodall was at the worst stage of his life. Begging for food on the streets, getting beaten up by drunks were among some of the things he went through.

He also had to sleep in a cardboard box outside of the London Academy of Performing Arts.

One day, he decided to polish shoes on the streets to earn some money. It was tough because he had to be wary of the cops all the time.

Nevertheless, his regular customers loved his polishing service and told him to do the same job at his office. That marked the turning point of his life.

Once Goodall made enough money, he later built a company called “Sunshine Shoeshine”.

His business was so successful that some of his customers came from large companies in London.

Thanks to the flourishing shoe-polishing business, he earns over 250,000 annually. However, Goodall never forgot the tough journey he had to go through before he could become a successful businessman.

Hence, that is why Goodall mostly hires homeless people as his employees at his company and also people with special needs.

Watch this video to find out more about him