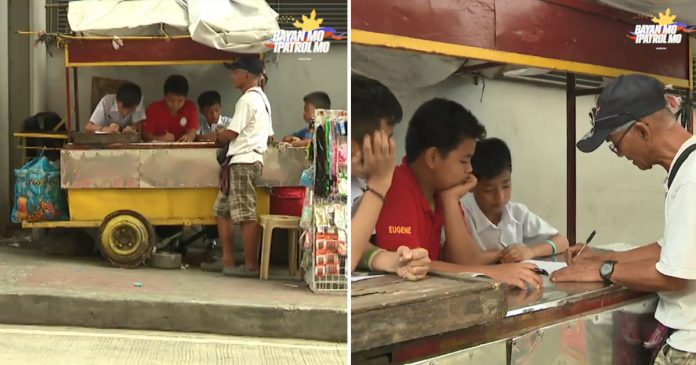 66-year-old Tatay Guillermo De Guzman may seem like a typical sidewalk vendor but in reality, he is more than that.

The elderly sidewalk vendor just earned praises from social media for tutoring students from a nearby elementary school for at his stall for free.

Guzman’s inspiring story was first shared by John Felipe Faigmani who was curious when he noticed that there would always be a group of students hanging out at Guzman’s stall.

While it was common to see students buying some snacks and toys from sidewalk vendors after school hours, the students at Guzman’s stall looked unusually busy and occupied.

So, one day, Faigmani checked out what the students were actually doing at the stall.

He later saw that Guzman was teaching spelling and the meaning of the words to the students.

Apparently, he has been tutoring the students who come to his stall for a while and he does not charge a dime for it. 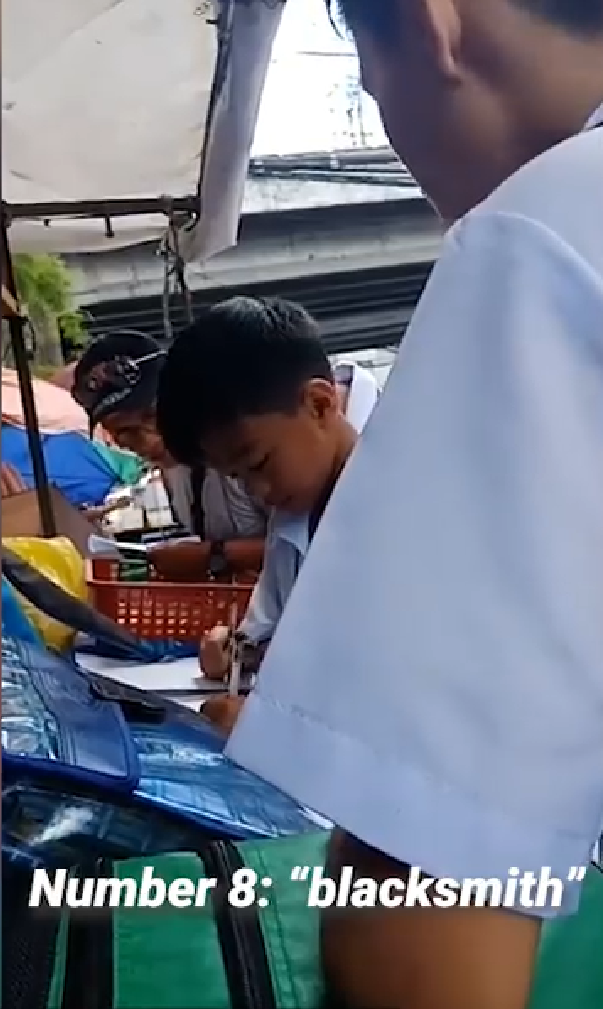 Even more surprising, he also provides school supplies such as bond papers and pencils to be used for the lessons.

Moved by Guzman’s selfless gesture, Faigmani later recorded a video of him tutoring the students and posted it on Facebook where it quickly circulated on social media.

Not long after his story went viral on the internet, Guzman was later featured on a show, “Bayan Mo, Ipatrol Mo”.

On the show, Guzman shared that he was actually just a high school graduate from Bulacan. However, it never stopped him from sharing his knowledge with the students.

In fact, the students in the video were not his first batch of students.

When Guzman was younger and working as a janitor and messenger, he also sidelined as a tutor. Later when he moved to Manila and started selling gadget accessories near a school in Quezon City, he was more than happy to tutor the students.

He also makes a weekly test and quiz whereby the student who scores the highest will get anything he likes from Guzman’s stall!

According to Guzman, he does not mind spending money and time on students as that is what makes him happy and content.

He hopes for nothing more than that he could still sell his gadget accessories along with keeping tutoring the students for free in the future.

Watch the video to find out how he tutors at his stall every day.