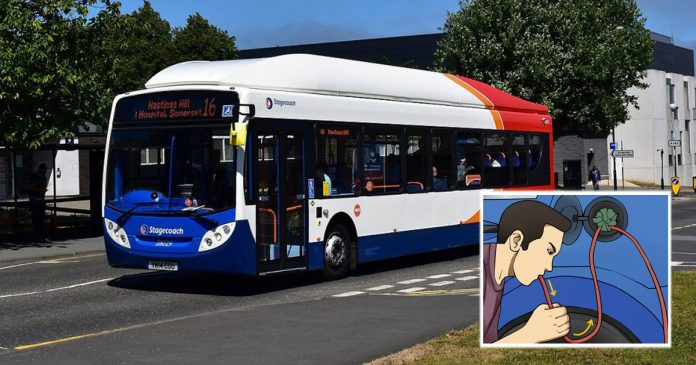 A group of thieves who were attempting to steal gas from a tourist bus had a nasty surprise when they realized they had sucked out sewage instead.

The thieves, who haven’t been identified, took their chances when they spotted the bus parked central West Australia at midnight.

But the opportunists got more than they bargained for when they tried to siphon the fuel—a mouthful of raw sewage!

The next day, police spotted a cap which had been thrown away next to the vehicle, and all of its fuel was still intact!

“We can infer they beat a very hasty retreat, with a somewhat bitter taste in their mouth,” said Laverton Police Sen. Sgt Heath Soutar.

The police officer added that while they were looking for the thieves, they have “absolutely zero interest” in recovering what they took from the bus.

He also said he hoped “word of mouth” will help them get to the bottom of it all!

Western Australian police officers even joked about carrying out “random breath tests” to track down the offenders. Rather you than me!

Hey all. Only in LA. We are looking into this one and following our nose for some leads. Hoping to crack the case. pic.twitter.com/jbaUBsI10Z

“Hey all. Only in LA. We are looking into this one and following our nose for some leads. Hoping to crack the case,” Laverton Police tweeted.

Western Australia Police Force made the hilarious comeback by responding to the tweet.

@LavertonPol would we be right to think some Random Breath Tests may help solve the crime?

“@LavertonPol would we be right to think some Random Breath Tests may help solve the crime?” they replied.

The internet has found the whole ordeal hilarious, and we’re right on board.

“Something about this doesn’t smell right,” one social media user commented.

Another added, “LMAO, they got what they deserved. KARMA”

“Ha ha ha that’s what they get for stealing,” one wrote.

It’s not clear if the thieves were caught, but it’s safe to say they won’t be making that mistake again!

Neighbor prepared 14 years of Christmas presents to 2-year-old before he...