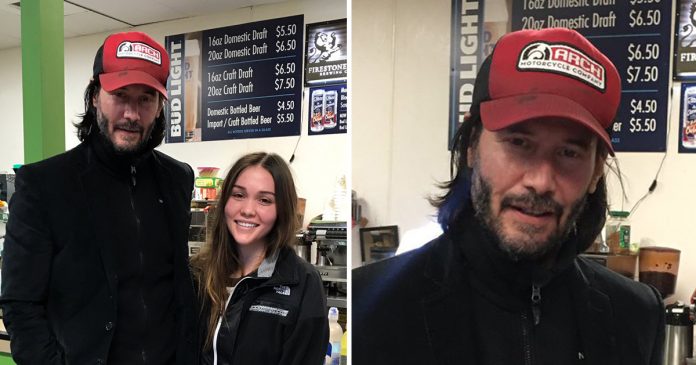 Imagine getting stranded when your flight had to make an emergency landing and you had to get on a road trip with other passengers including popular actor Keanu Reeves.

Apparently, it was not a figment of a daydream to the passengers who boarded a United flight last weekend when they actually got to get on a road trip with Keanu Reeves by pure luck!

It began when the passengers who were traveling on a flight from San Francisco to Burbank with Reeves on it. They were forced to change their plan after the flight had to make an emergency landing last weekend in Bakersfield.

Following the unexpected landing in Bakersfield, they had to take alternative transport to reach their destination. Driving to Los Angeles was faster than waiting for the next flight so they eventually boarded a van as at that point.

Some of the passengers who were on the road trip with Reeves recorded footages of him taking initiatives to revise their travel plans together.

The humble actor was also recorded reading hilarious facts about Bakersfield to his fellow passengers and even entertained them by playing country music that was native to Bakersfield on his phone.

That time when your flight out from #GDC almost crashes and you have to emergency land in a remote airport but at least Keanu Reeves is having as bad a day as you are. pic.twitter.com/XSPa1wlNuO

Later after they had arrived at their destination, Reeves was seen heading to Carl’s Jr. as the actor might be looking for some snack after a long road trip.

The actor’s presence in the road trip definitely made their day as they got to take photos and rode a van together with the multi-millionaire actor.

keanu got stranded somewhere in california and had to take a bus instead of a plane and some guy filmed the entire experience and i am BEGGING yall to watch this pic.twitter.com/I1TmLOEYiK

We totally do not mind getting stranded if that means getting on a road trip with Keanu Reeves. The passengers were so lucky!

Sandra Bullock has been secretly donating millions to charities for past...