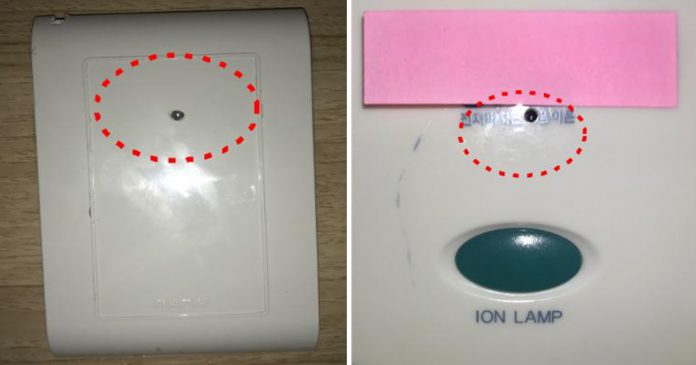 Police in South Korea have revealed that about 1,600 people were secretly filmed in motel rooms across the country with some of the footage were live-streamed online for pay-per-view.

According to CNN, the police said that they have arrested four men in connection with the case which involved 42 rooms in 30 accommodations in 10 cities in South Korea.

However, the police said that there were no indications that the motels where the spy cameras were installed were aware of the perverted scheme.

Small hotels of the type involved in this case are usually referred to as motels or inns in the country.

The Cyber Investigation Department at the National Police Agency said in a statement that the men checked in to the motels as guests so they could use the opportunity to install secret spy cameras that are as small as a pinhole inside digital TV boxes, power outlets, and hairdryer holders.

The spy cameras were wireless and the footage of the unsuspecting guests was streamed online on a website. It was reported that the scheme had been going on from November 24, 2018 and March 2, 2019 before they were busted by the police.

The site had more 4,000 members of which 97 of them paid a US$44.95 monthly fee to gain access to extra features such as the ability to replay certain live streams.

“There was a similar case in the past where illegal cameras were (secretly installed) and were consistently and secretly watched, but this is the first time the police caught where videos were broadcast live on the internet,” police said.

Apparently, South Korea is deep in the spy cameras and illicit filming problem as more than 6,400 cases were reported in 2017 to police compared to 2,400 in 2012.

In response, a special squad of women inspectors was launched to conduct regular inspections of the city’s 20,000 public toilets in search of hidden cameras.

The police also have warned guests to be careful when entering and using hotel rooms and assured that those conspired with the scheme would “go to the very end for such a serious and grave crime that invades sensitive privacy of individuals”.

This stuntman was trying to break his previous world record but...