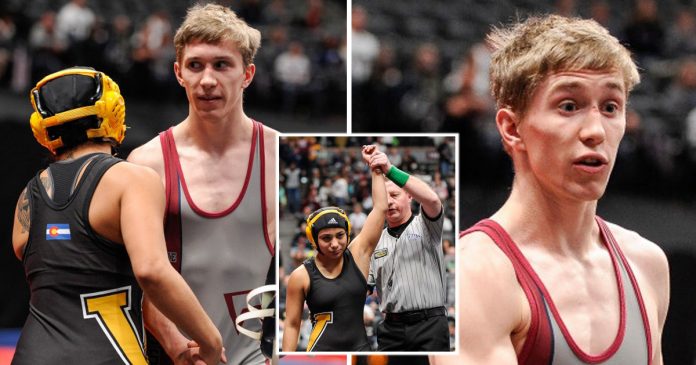 When 18-year-old wrestler Brendan Johnston saw who he was matched up against in the state tournament, he immediately decided to withdraw.

Johnston who is a high school student at The Classical Academy in Colorado said that he would never compete against female wrestlers.

“There is something that I really do find problematic about the idea of wrestling with a girl, and a part of that does come from my faith and my belief,” he told The Washington Post.

“And a part of that does come from how I was raised to treat women as well as maybe from different experiences and things.”

Johnston who is also a devout Christian attends the International Anglican Church in Colorado Springs.

He also explained that he was not comfortable with showing physical aggression towards women.

He added that his decision was not because of gender bias but rather because women and men are built differently. “I don’t think that I am looking at them as not equal,” Johnston said.

Johnston’s decision to stick to his beliefs led to Angel Rios, his opponent to win the match.

Nevertheless, Johnston said that he did not have any regrets for forfeiting because of his principles.

“Even though it wasn’t exactly how I wanted things to go, it was a good way to end my high school career,” he said. “I would keep it all the same.”

Someone’ walked out on stage in AGT—when they saw who, Mel...