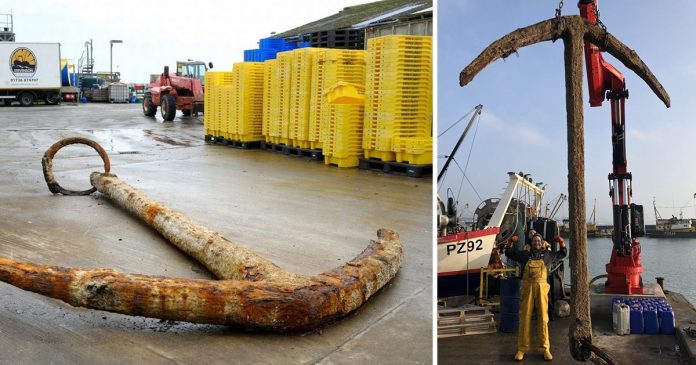 A fishing crew in the United Kingdom recently discovered a buried treasure of a 17th-century shipwreck carrying precious metals worth more than 1.3 billion dollars.

The crew is reported to catch an anchor that belongs to the shipwreck called Merchant Royal in their fishing vessel’s net 20 miles south of Land’s End, Cornwall.

Merchant Royal is believed to sink in 1641 and was carrying 100,000 pounds of gold and 400 bars of Mexican silver when it sank.

The ship which was also known as the “El Dorado of the seas” disappeared near the Isles of Scilly during a return journey from Mexico to Britain after hitting bad weather. Experts have identified the anchor based on its size and age as reported by Cornwall Live.

However, the retrieval process of the precious metal might be dangerous for amateurs.

According to Mark Milburn, a treasure hunter who often visits shipwrecks around the Cornish coast said that explorers will need equipment and expertise to dive 300 feet before they can reach the sunken Merchant Royal.

Any treasure retrieved from the shipwrecks will need to be reported to the British government as the ship lies in state waters.

The diver may keep the treasure under salvage rights but they will need to obtain a license first.

Currently, Milburn is working with the fishing crew to store and preserve the anchor. He also said that he could determine the exact age of the anchor in fresh water.

The Merchant Royal is not the first shipwreck which is laden with treasure to be found in the UK. Last year, a group of divers found a shipwreck containing diamonds and pearls from India.

The ship which sunk in 1684 also disappeared after hitting a storm off the coast of Cornwall.