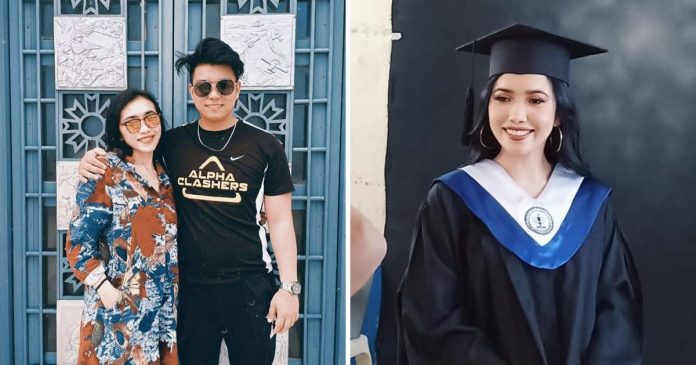 A Filipino man proves to everyone that nothing can stop him from supporting his girlfriend even when he has to learn a new language so they can have a brighter future.

Ador Adrian Gabrieles from Bulacan, the Philippines recalled when his girlfriend, Aira Arcamo, cried when she could not afford to further her studies. She was left behind while her siblings were already enrolled in school.

Ador then asked her if she wanted to further her studies and Aira said yes.

That was when Ador became determined to help Aira get enrolled in school by paying her school fees.

However, at that time Ador who was 18 years old was jobless. In order to fulfill his promise to Aira, Ador worked as bagger and messenger at a local company. It was the only job he could think of since he did not have any working experience and did not how to speak in English.

He was grateful for the job but often, he got mistreated by the customers. Nevertheless, he endured it because of Aira.

Later on, he discovered that working as a call center agent could earn him more money but there was one problem—he needed to be fluent in English.

So, he did what he could—learned English and applied for the job.

Luckily, Ador managed to pass the interview and he started working as a call center agent. He worked hard to financially support Aira who is studying Bachelor of Arts in English Language.

Thanks to the immense support from Ador, Aira will be graduating from college this April.

When their story made rounds on social media, many users mocked Ador for supporting Aira and said that she will leave him as soon as she graduates.

However, Ador did not bother with such comments as this proves that he can financially support his future family and that it proves his good intention towards Aira.

As for Aira, she said that she will return Ador’s favor and be the one supporting Ador when he enters college in the future, just like how he did for her earlier.