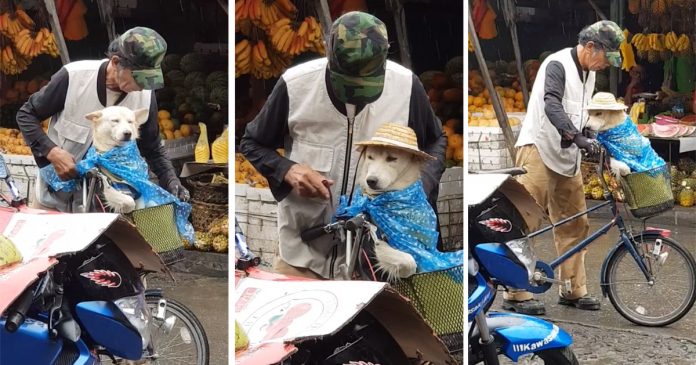 One elderly man from the Philippines is willing to do anything to make sure his pet dog stays dry and comfortable from the rainy weather even if it means getting wet himself.

In a viral video that has made multiple rounds on social media, one elderly man can be seen dressing up his cute dog to avoid getting wet in the rain.

The video which was taken at the Agdao Market in Davao City, Philippines, was posted online by user Aries Panes Magallanes on Facebook and it did not take long before thousands of readers to fall in love with the adorable duo.

As it was raining, the elderly man used a piece of plastic sheet to cover his dog. 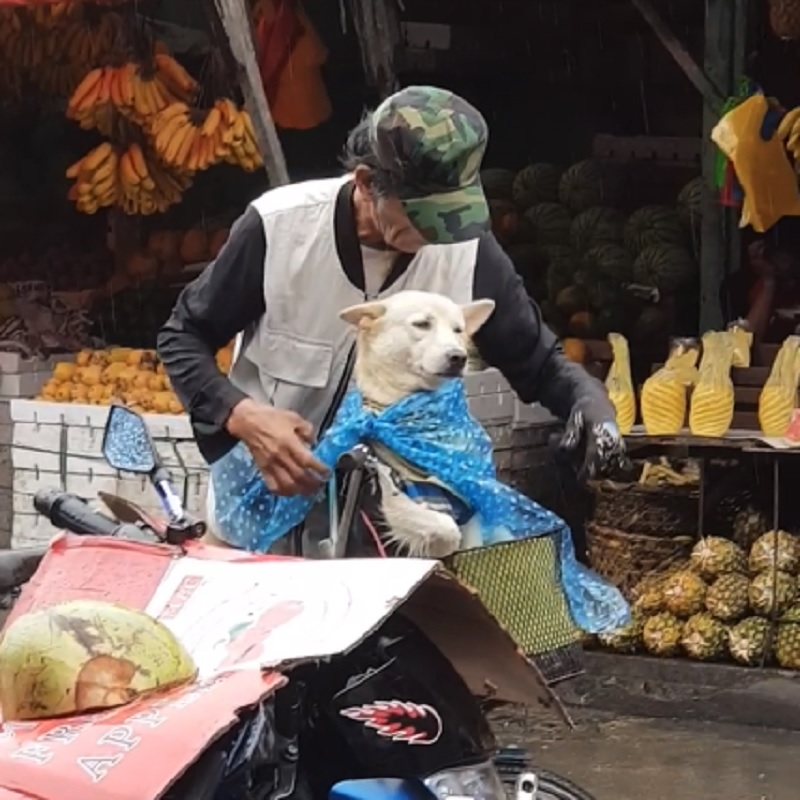 The video shows the man wrapping the plastic sheet like a cape around the dog’s neck. 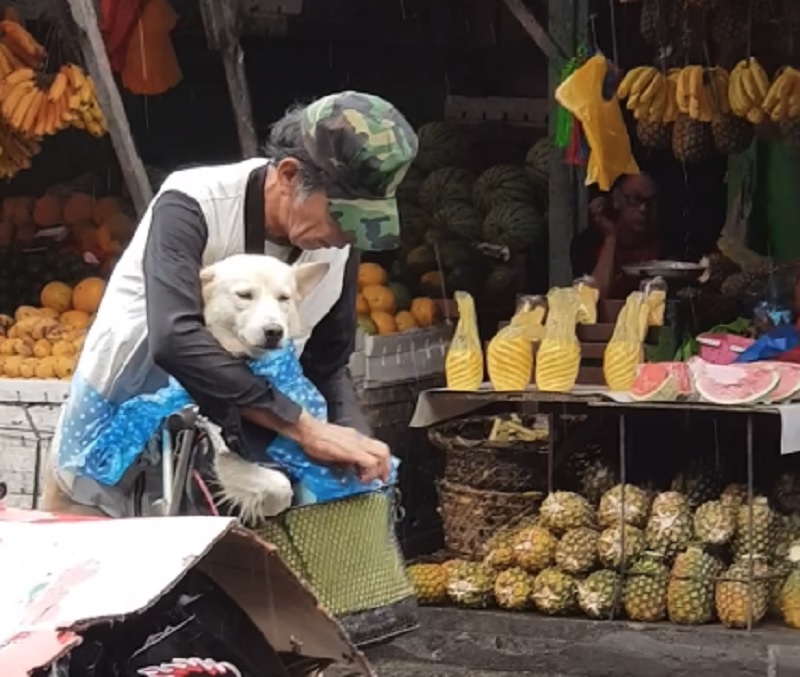 While the cape alone already made the dog even cuter, apparently it needed more than just a cape to stay dry in the rain. 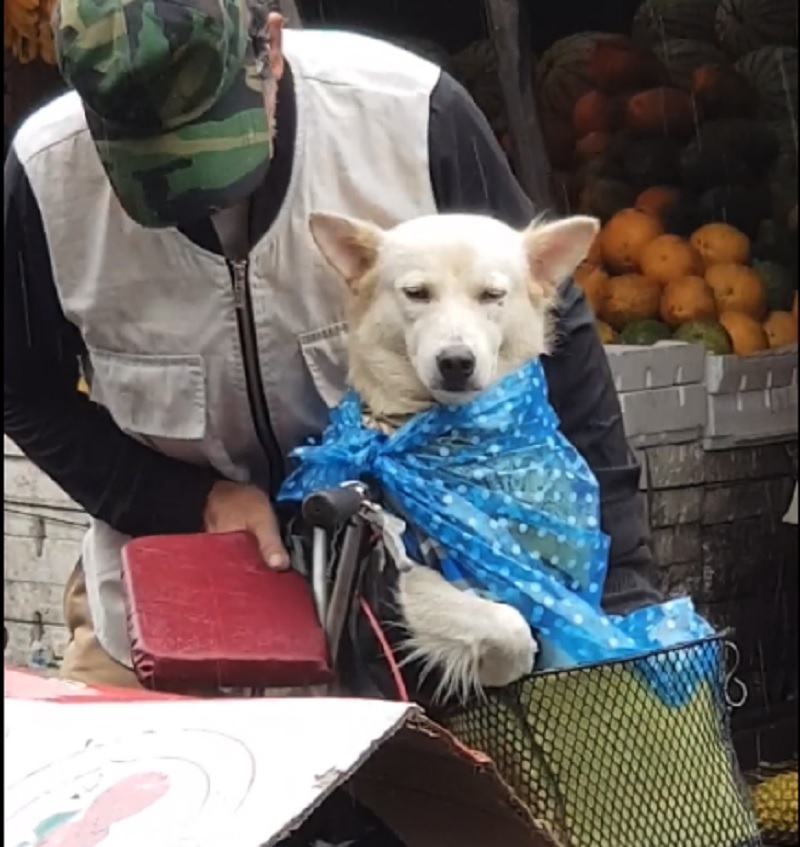 To complete the look, the man then rustled in the back basket and took out a mini straw hat. He then put the mini hat on the dog’s head.

It seems like the dog is now ready to brace the rain in his adorable gear! 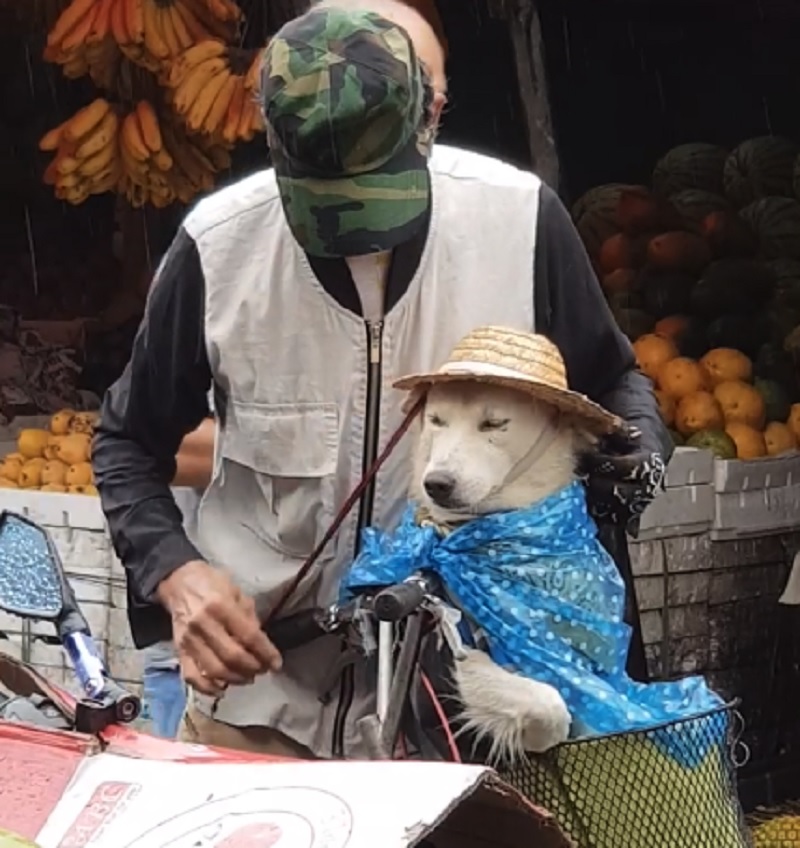 The dog can be seen sitting quietly inside the basket as he waits for the man to get ready to cycle.

As of the time of writing, the video has been viewed over 3.7 million times and has been shared more than 70,000 times on Facebook alone.

Not only did the dog manage to stay dry throughout its journey to return home but it seemed that it has also won millions of hearts around the world with its cute outfit!

Watch how this dog stays dry and stylish even when it rains here:

These amazing instances of animals helping other animals will leave you...