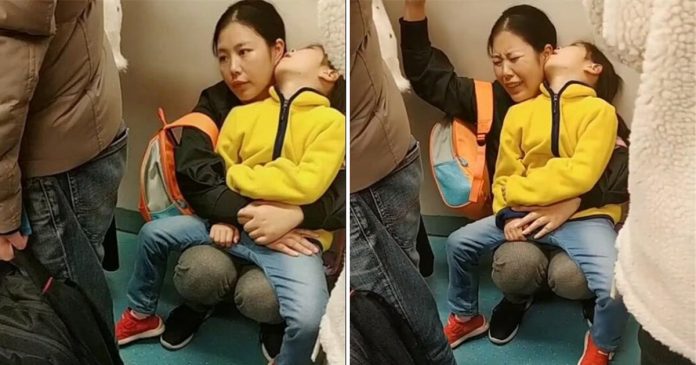 When was the last time you offered a seat to someone who needed it more than you do?

Unfortunately, for this helpless mother, it seemed that no one has ever offered to give up their seat for her even though she was clearly struggling with her daughter sleeping on her lap. 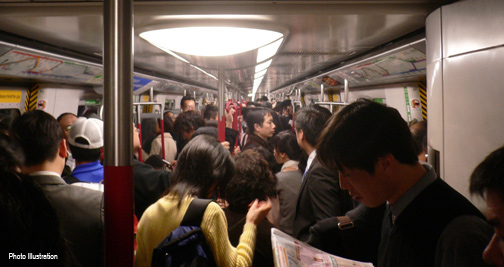 The photos which were taken on a train in an unknown location show the real struggle one woman encountered when her daughter fell asleep on her lap in a crowded train. 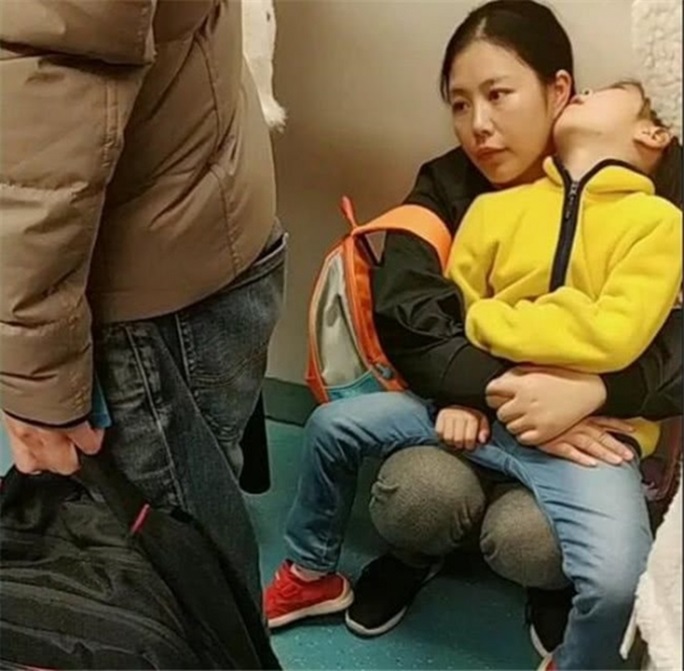 While there was clearly priority seats on the coach, it seemed that no one paid the struggling mother any attention nor offered to give up their seats for her.

In the picture, the woman who can be seen carrying her daughter’s schoolbag had to resort to squatting on the train’s floor as her young daughter was fast asleep. 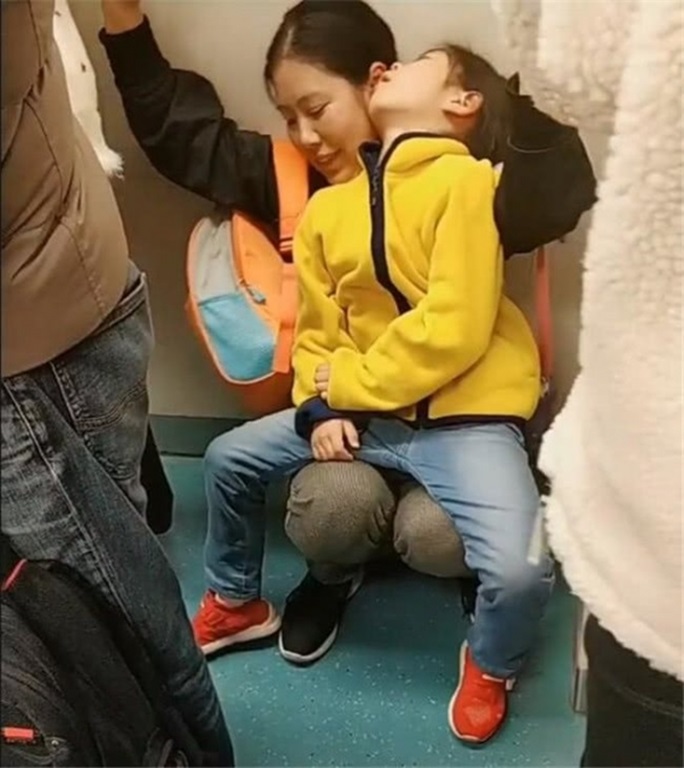 Together with a schoolbag, it seemed that she had taken the train back home after picking up her daughter from school.

While the picture also shows other passengers standing near the mother, no one had offered her help. 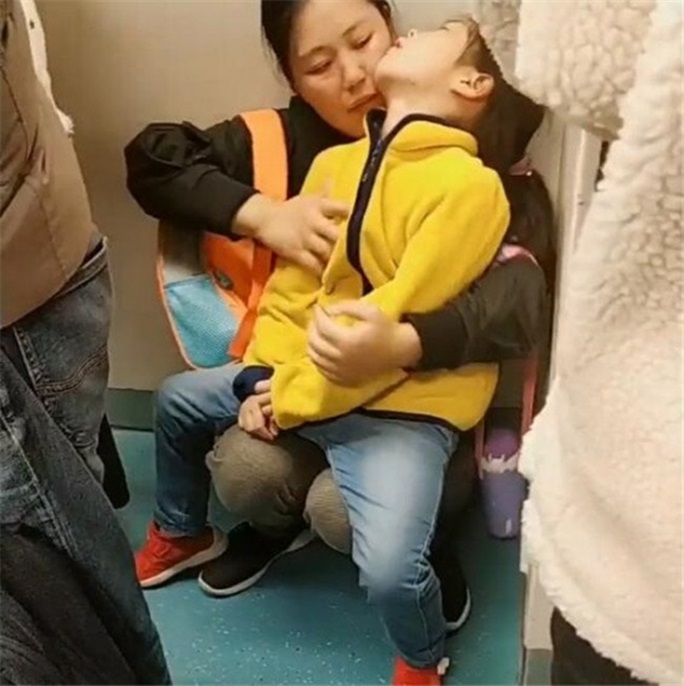 The mother had to endure a 40-minute train journey in the uncomfortable position as no seats were available and that she might be afraid to wake her sleepy daughter.

The mother did attempt to stand after a while but as her numb legs gave in, she failed to stand up and had to hold the side rail for support. 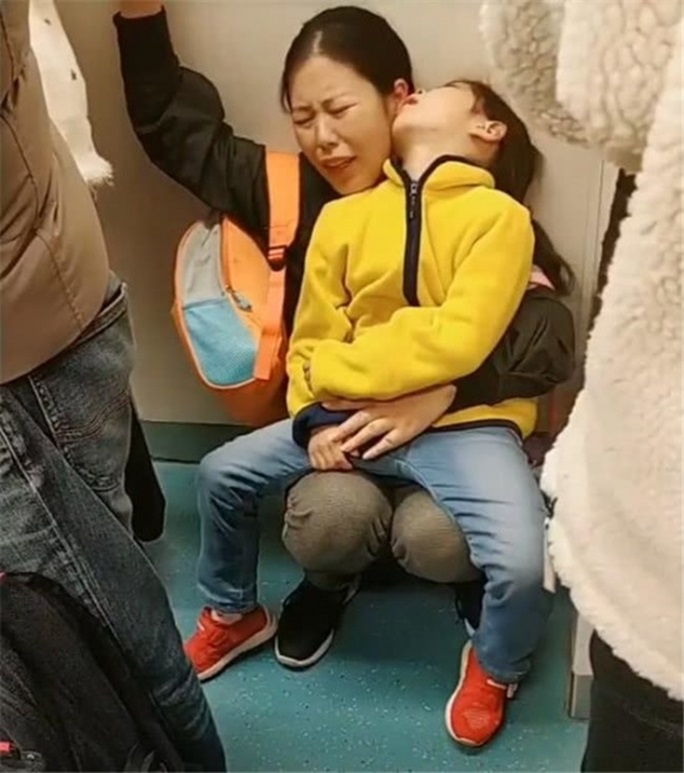 Priority seats on public transports are designed for the elderly, disabled, pregnant women or those who are injured.

However, it is just common sense to offer the seat to those who need it more even when they do not fall under this category like this helpless mother. 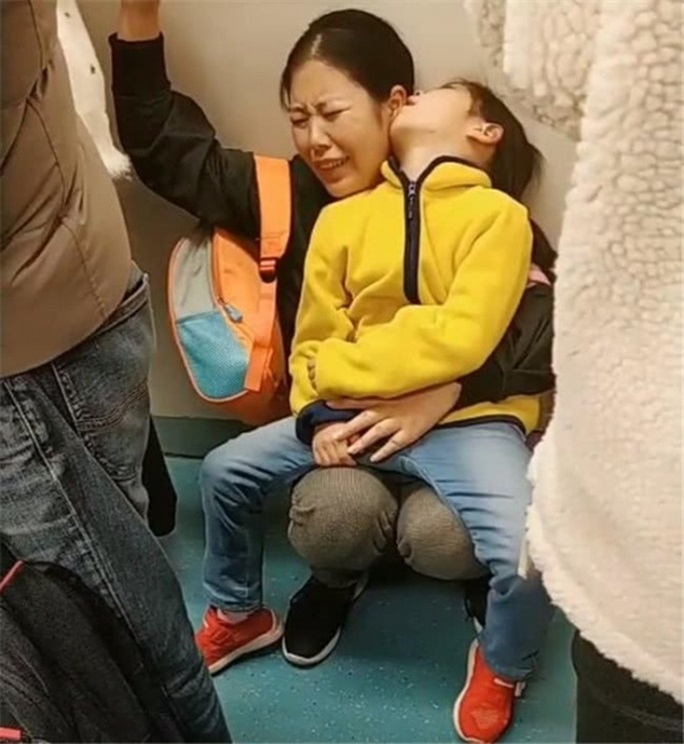 Let us be compassionate and understanding to the people around us especially the needy. So, the next time you take public transport, remember to offer the seat to those who need it more.