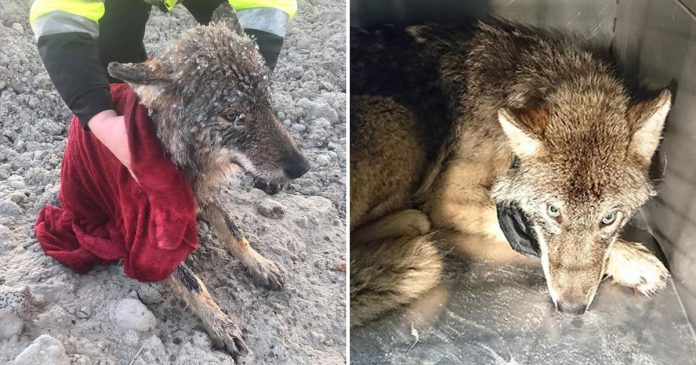 Three Estonian construction workers, Rando Kartsepp, Robin Sillamäe and Erki Väli were doing dredging work when they suddenly noticed an animal that looked like a dog trapped in the freezing water of Parnu river.

They quickly took the animal out of the icy water, wrapped it around with a thick towel and put it inside a car to keep it warm.

“We had to carry him over the slope. He weighed a fair bit,” one of them said.

They then called animal rescue who later told them to bring the ‘dog’ to the nearest veterinary clinic in a nearby city.

Everything seemed normal when the workers were on their way to the veterinary clinic.

Rando who was one of the workers told that the ‘dog’ slept peacefully as it laid its head on his lap. 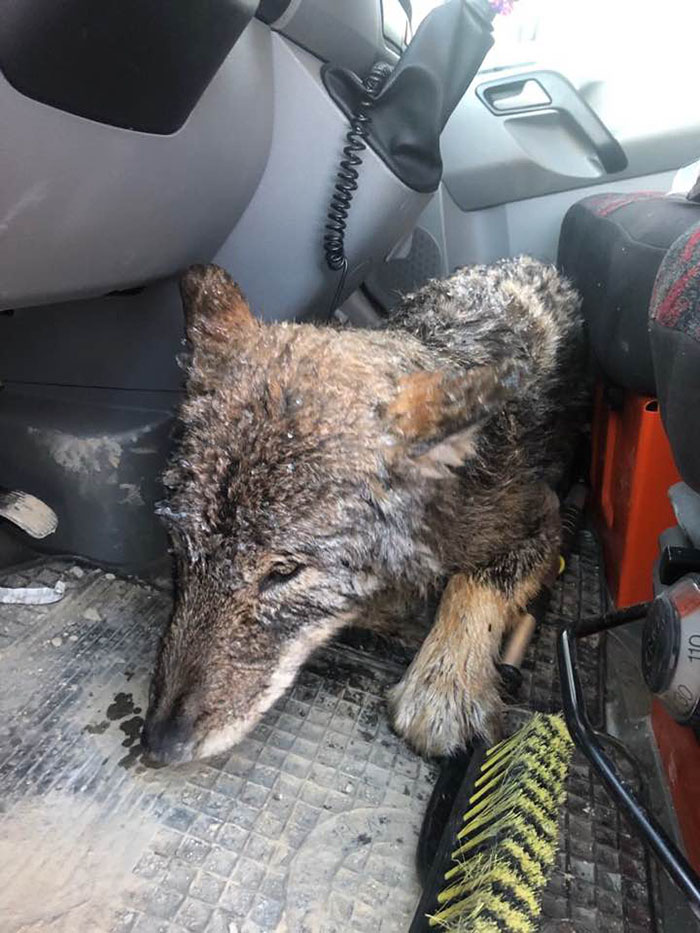 When they arrived at the clinic, the animal was given an immediate checkup but yet to find out that the animal they had just rescued was a wolf.

It was when a local hunter pointed out later on that they finally realized what animal are they were dealing with.

According to vets, the wolf had a low blood pressure when the workers rescued it which explained its docile behavior.

They also confirmed that the wolf was a male and aged around one-year-old.

They later informed the Estonian Animal Protection Union about the unusual discovery. “It was also a challenge for the union to think about what to do in the morning at 8 with a dog in [distress], who could also have been a wolf,” they wrote in a Facebook post.

The wolf has been released back to the wild after it regained its health and received medical treatment.

It was also tagged with a GPS collar by the researches from the National Environmental Agency prior to its release.

“We are so happy for the outcome of the story, and wish to thank all the participants – especially these men who rescued the wolf and the doctors of the clinic who were not afraid to treat and nurture the wild animal.”

The Facebook post has received a positive response from the public as many people praised the workers’ quick action for rescuing the stranded wolf.

“Wolf or dog, it doesn’t matter. It’s still a living creature that needed help. Fair play to the guys you rescued it a life Is a life,” one user commented.