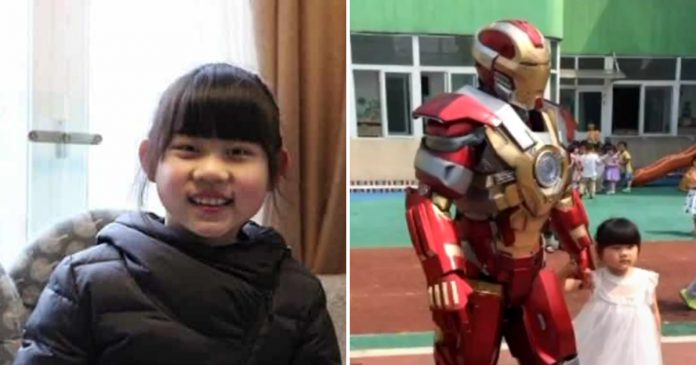 Bao Guojian is an avid Marvel fan from Beijing, China, and a talented prop maker. Spending more than two years perfecting his work, Bao decided to make his own version of Tony Stark’s armor after watching the Iron Man film when it was first released in 2008.

Bao has a 7-year-old daughter called Lele, which had probably seen him wearing the iron suit multiple times at home. Probably proud looking at his father in the amazing iron suit, Lele told her classmates that her father is an Iron Man.

Lele proudly told her classmates that her father is an Iron Man. 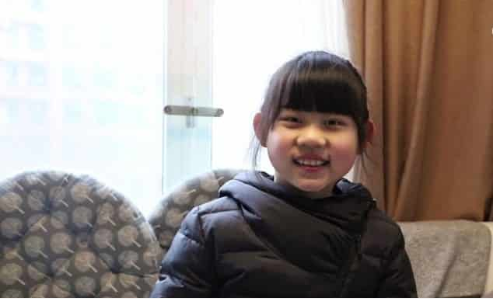 Unfortunately, Lele was teased by her classmates and was even being called a liar for saying that. So Lele returned home one day looking visibly upset. When Bao asked her what has happened, Lele told him that she told her classmates that her father is an Iron Man but they didn’t believe her.

Lele was very upset so Bao decided that he had to do something about that. 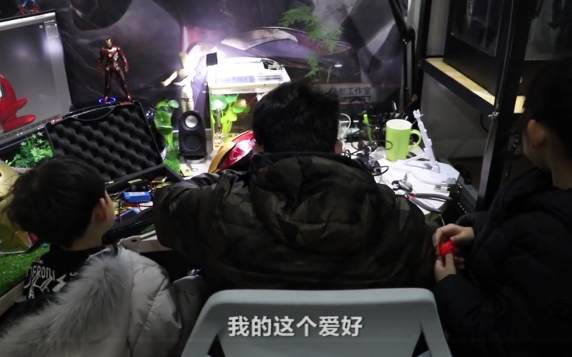 He perfected his Iron Man suit, 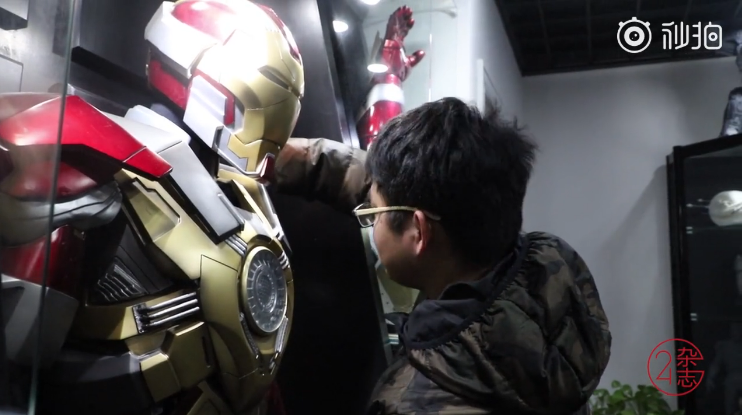 And went to his daughter’s kindergarten wearing it. 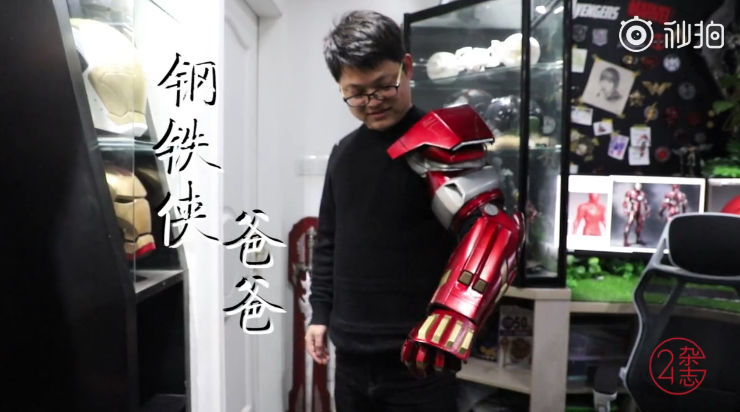 As no parents in the world would stand their child being teased and called a liar, Bao decided to defend his daughter by coming to her school with his iron suit and proved that Lele’s father is indeed an Iron Man.

He just wanted to prove Lele’s classmates that his daughter was not lying, 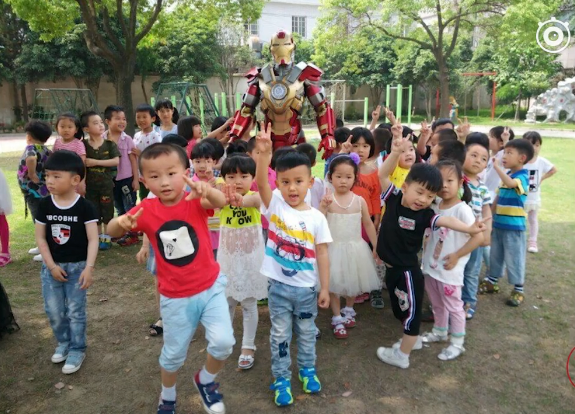 But the attention he got was too overwhelming. 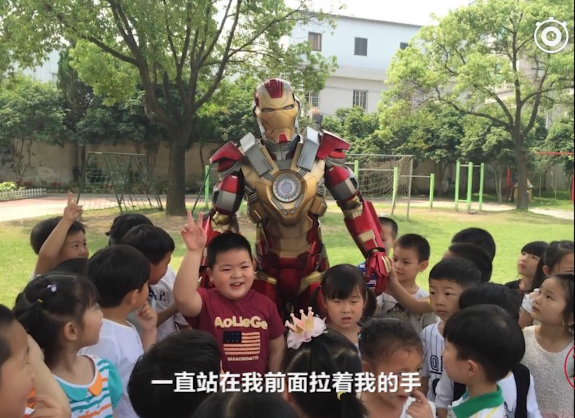 Making his way as an Avenger, Bao came to his daughter’s kindergarten all suit up in his prized Mark 17 Iron Man suit. Initially planned to show his suit off to Lele’s classmates, Bao’s costume caught too much attention that the headmaster had to halt classes for the entire day and let the children take photos with the Iron Man.

The headmaster did what he needed to do, 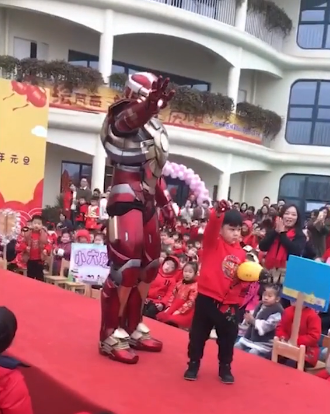 He stopped the entire class so that everyone can take a picture with Iron Man! 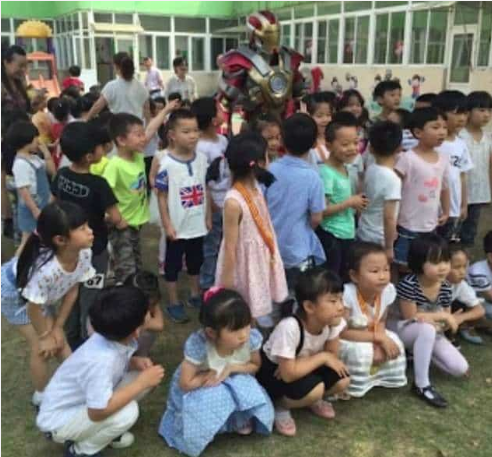 “My daughter was so happy that day, she kept walking in front of me while holding my hands, telling ‘This is my dad!’ to everyone she saw,” recalled Bao of that day.

Lele is proud of her Iron Man dad. 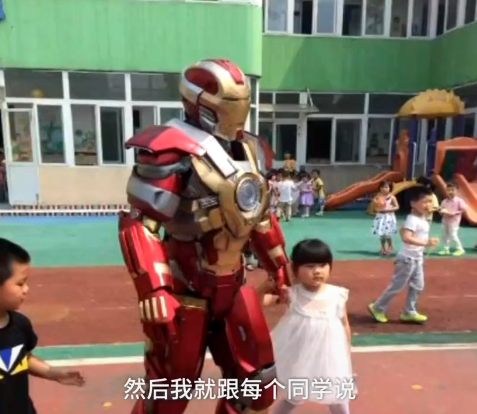 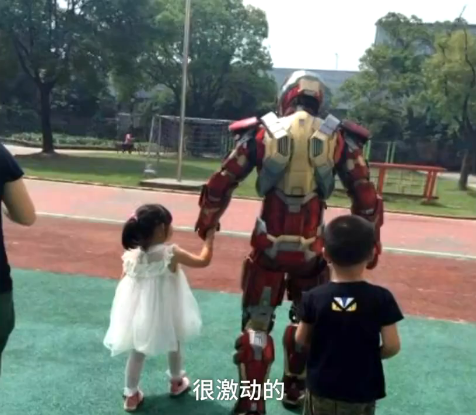 Bao shared that the Iron Man costume project cost him 30,000 Chinese Yuan (about $4468.14), but it was all worth it when he succeeded in making Lele happy.

Definitely the best dad in the world!