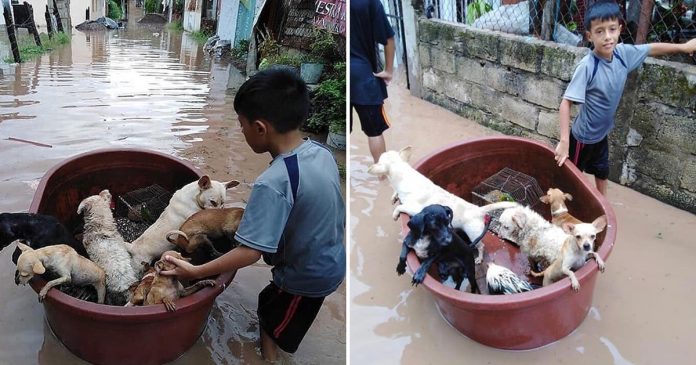 As hundreds of thousands of residents in Nayarit, Mexico tried to find shelter in the wake of Hurricane Willa last year, one selfless 10-year-old risked his life to save chicken and dogs trapped in the flood.

Hurricane Willa hit Mexico last year and was one of the strongest tropical cyclones that hit the country since Hurricane Lane in 2006.

The hurricane also brought massive floods, causing thousands of people stranded in the tragedy and tried to leave the city to a safer place.

However, 10-year-old boy Jostyn Dilan Cabrera Ramírez just could not ignore the animals that were trapped in the floods and left them behind. 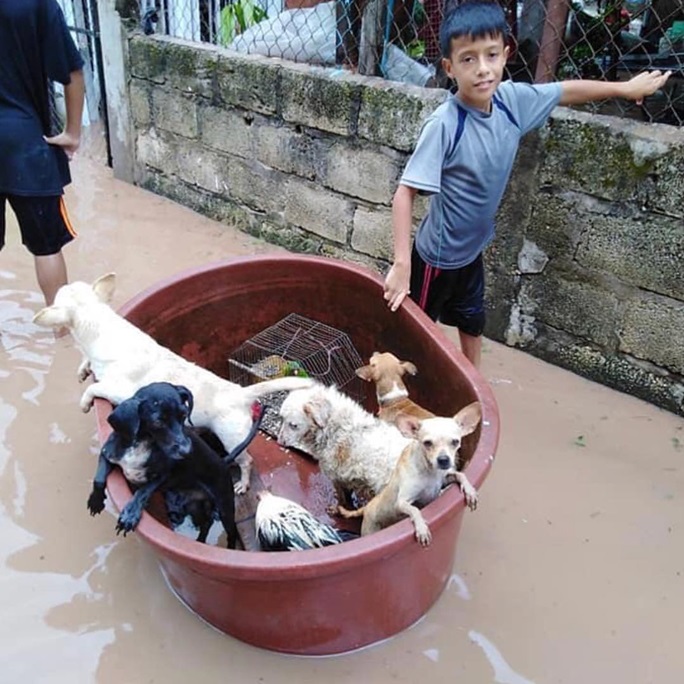 So, he did his best to rescue the animals. Even in the midst of a hurricane.

In several photos that have gone viral on the Internet, the boy can be seen protecting chicken and dogs that he rescued from the flood as he places the animals inside a large plastic tub. 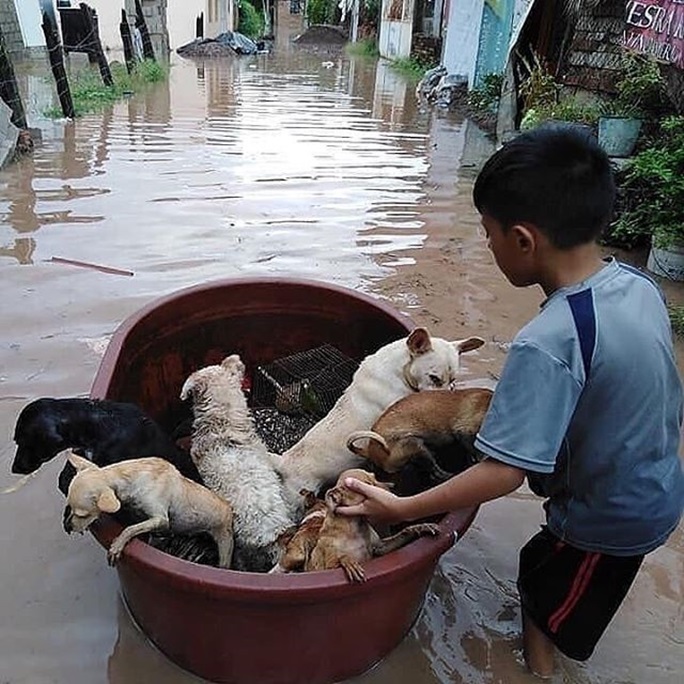 He braces the ankle-length floodwater all by himself while placing one hand on the tub as he walks.

He managed to rescue six dogs and two chickens, all of them which belong to his neighbors.

According to Sopitas, the young boy apparently has a disability that affects the way he walks.

In spite of his disability, Jostyn still wanted to make sure that all of the animals stayed dry and safe from the hurricane. 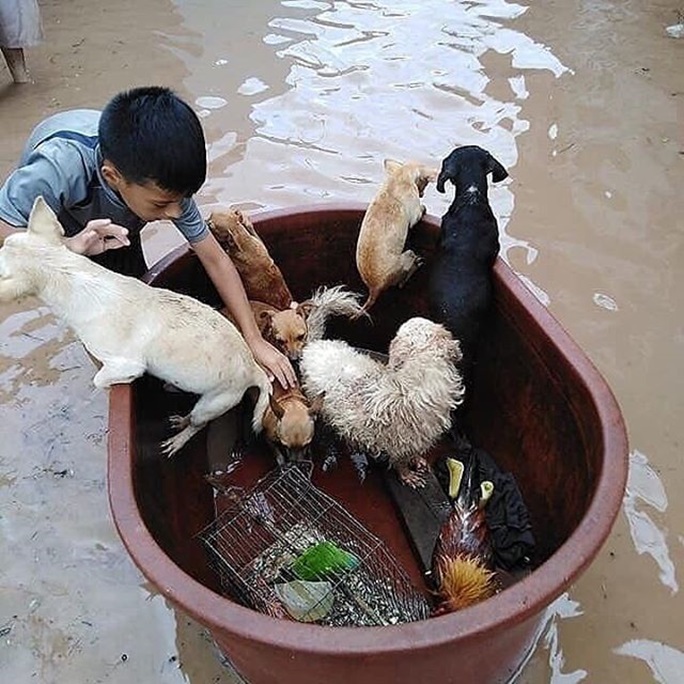 Thanks to his selfless and kind act, TRAC Sinaloa was so touched that they later tracked the boy and donated some food to the animals.