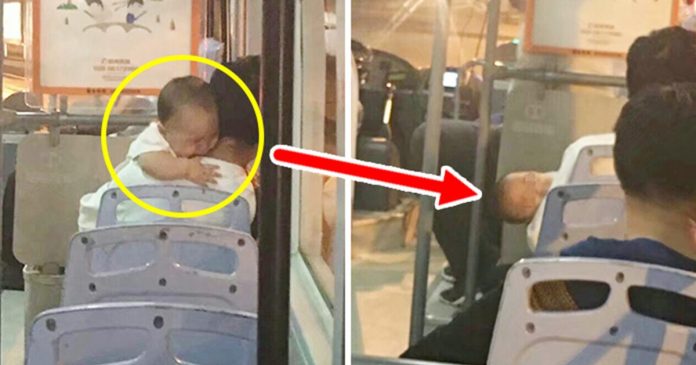 Babies and children abduction was reportedly happening almost every single day in China. Human trafficking case in the country was at a worrisome level—making parents anxious about the safety of their kids all the time. Hence, safety precautions are not only important for parents but also the public in general.

Just like this woman in Chengdu who took a bus to her destination but decided to do the right thing when she came across a suspicious-looking male passenger with his baby. She suspected that the man was not the real father to the baby and quickly took a picture of them with her phone.

The woman took the bus and saw the man carrying his baby. 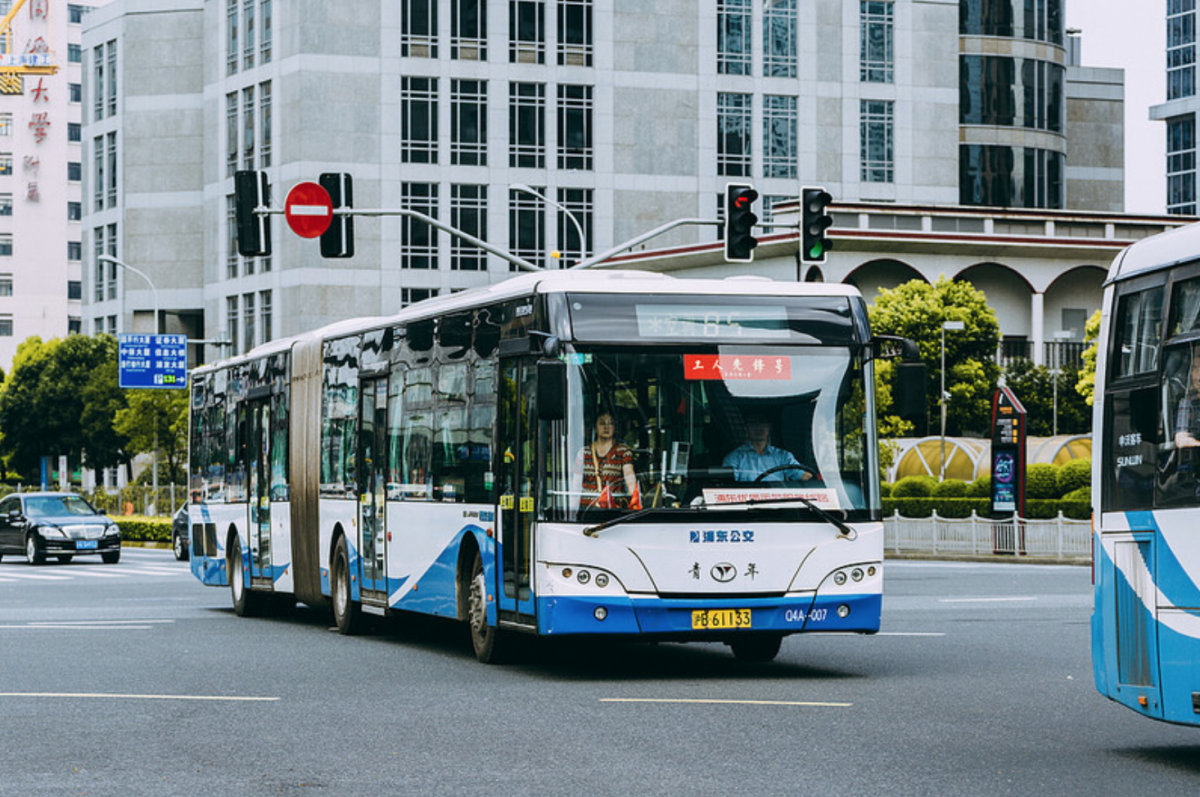 Taking the bus from Wanxiang station in Chengdu, the brave woman took the back seat of the bus and saw the man with his baby. Then she realized that the man was holding the baby in a very awkward position and the baby was clearly uncomfortable.

The baby was crying non-stop but the man didn’t look like he knows how to handle that. 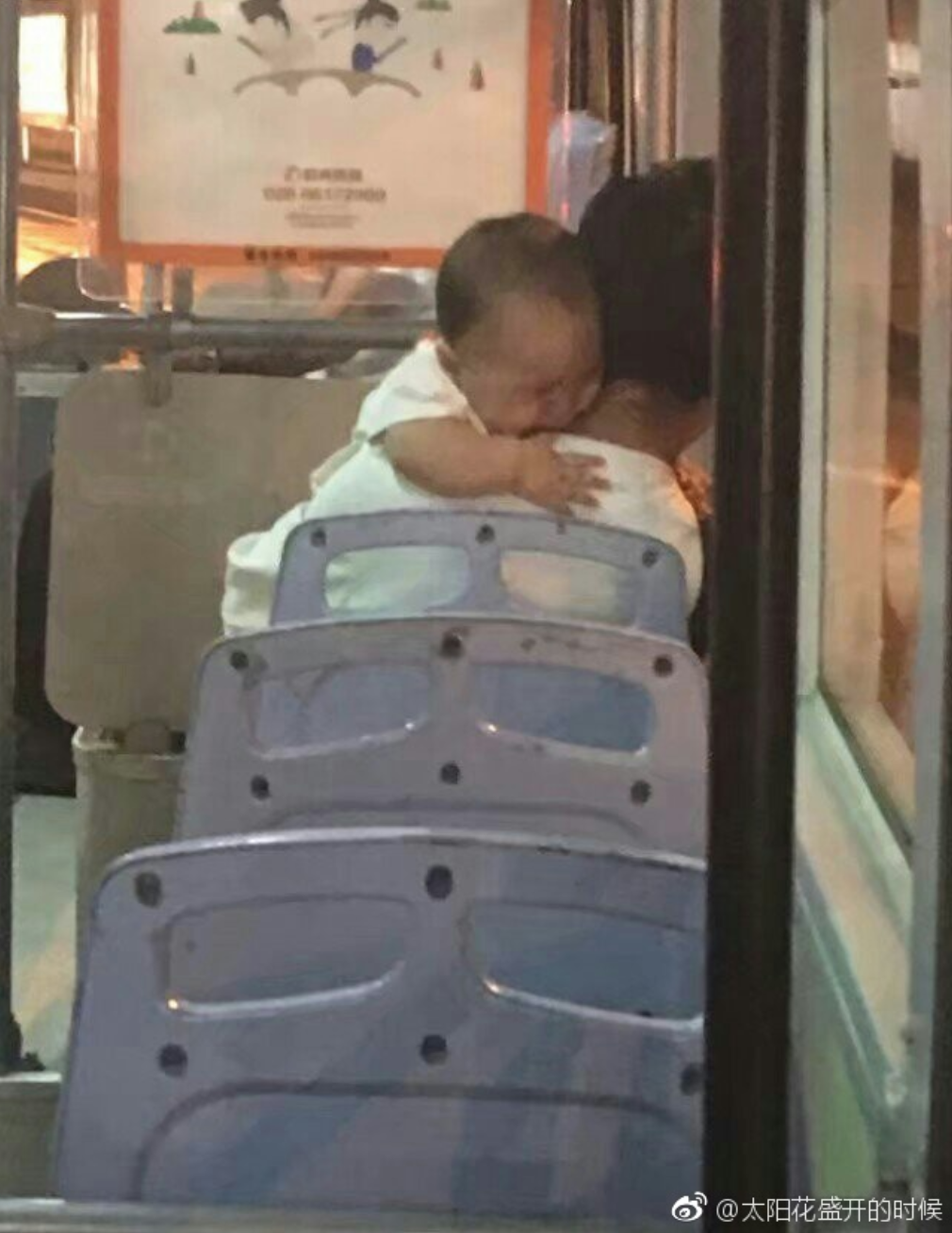 Furthermore, the weather was very cold but the baby was wearing a very thin piece of clothes. Thinking that even our adult body can’t really handle this cold weather, the woman was curious about what kind of parent would take out their babies in that unsuitable piece of clothes in this harsh weather?

The baby is clearly having a hard time in the harsh weather with its thin layer of clothing. 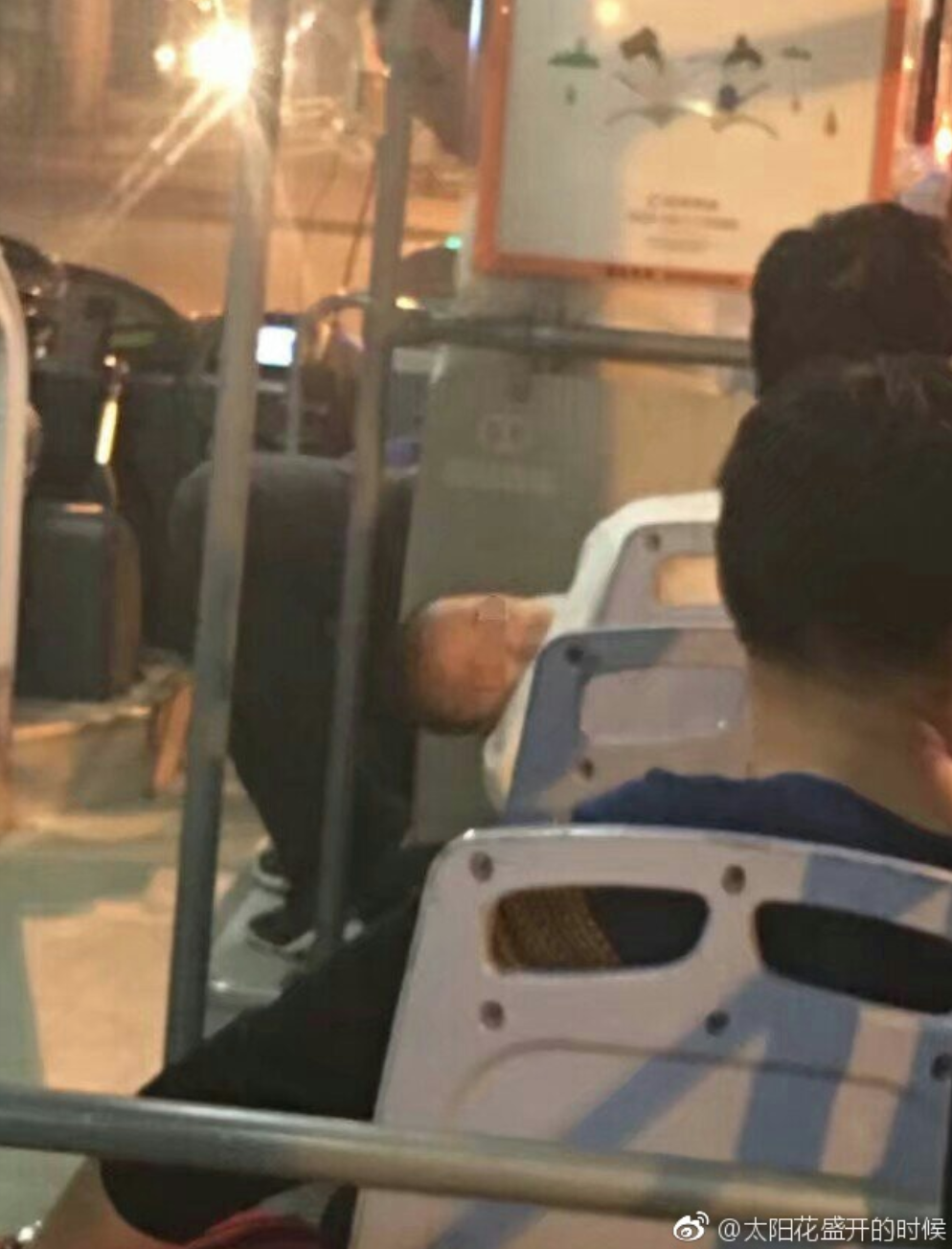 Looking at that situation, the woman was keeping her eyes on that man and has the feeling that the baby was actually kidnapped. Not to make any fuss, the woman kept quiet and keep recording the man. She secretly sent it to Chengdu Police Department.

The message was not immediately replied, so she kept on tailing the guy—keeping her eyes on which station will he stop. Apparently, the woman is almost out of her phone battery and needed to drop off first to charge her phone. 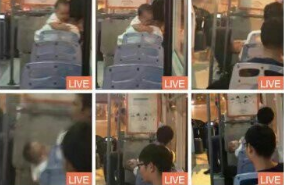 In a duration of two hours, the police contacted the woman and asking details about the man and the baby. The suspect was finally arrested by the police when he was at a train station and it turned out that the baby was really kidnapped by him.

The baby’s parents reported the missing of their baby before and finally reunited with their child, thanks to the help of the kind woman. Chengdu Police Department praises the woman for being very sensitive towards her surrounding and an alert citizen.

The woman is just happy that she managed to help a family from being a victim of human trafficking.

Mother of 12-year-old girl was horrified to see her daughter unconscious...