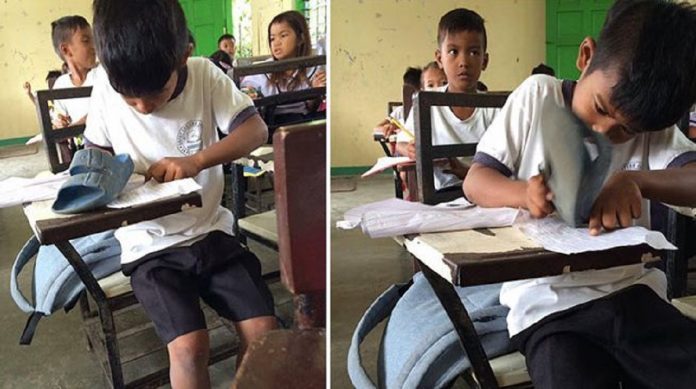 Due to poverty, many children are forced to leave school and work at an early age to support their family. However, many children still continue to defy all odds.

A young boy from the Philippines proves that there is nothing that can stop him from attending school even when he does not have proper stationeries like other students have in their pencil cases.

Due to his poor family, Harold Labutong cannot afford to buy an eraser.

However, the creative boy thought of another alternative that he can use as an eraser in class. 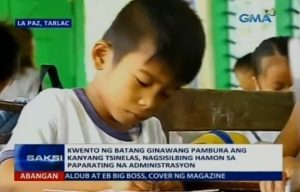 One day, Harold who did not own an eraser asked his classmate if he could borrow his eraser. His classmate later told him that the eraser he borrowed was made from a rubber slipper.

Ever since the incident, the young boy always wondered if an eraser could be made of a rubber slipper. 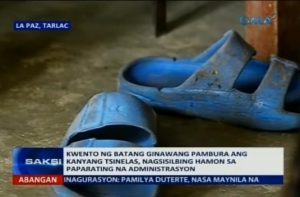 He later decided to use his rubber slipper to erase the mistakes he made in his homework and it worked! 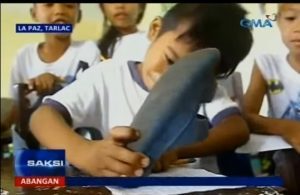 Harold then used his rubber slipper as an eraser and he has been doing it ever since. 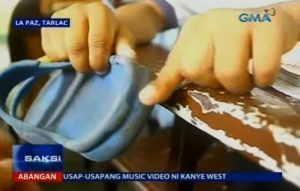 According to his class teacher, Harold was a diligent and smart student. However, his family was too poor that even an eraser was too expensive for them. 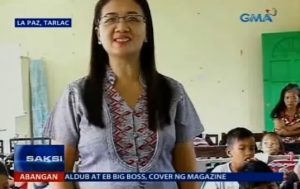 He even still uses the same pencil that is now has become extremely short and uncomfortable for him to use. 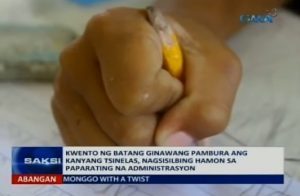 Still, the boy remains positive as he does not want to throw the opportunity to study away. 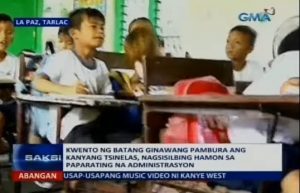 In fact, Harold is not the only one in his class to go through the same situation. Apparently, there are many of his classmates who cannot afford even a pencil.

Since Harold realized that his rubber slippers could be used as an eraser, he always shares it with his classmates and it has become popular among the students! 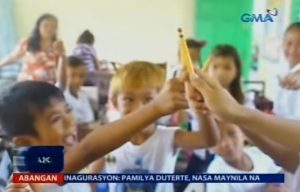