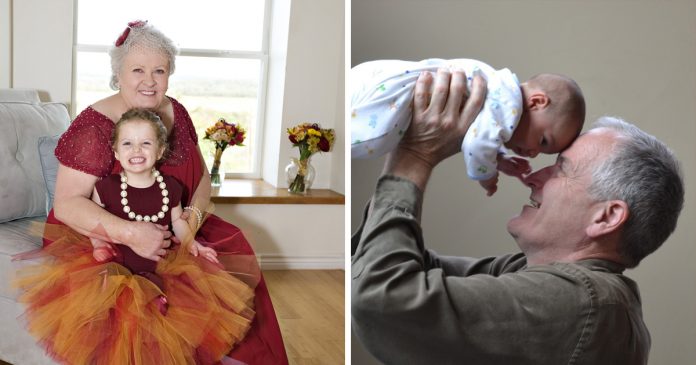 Nowadays, a lot of people live in their own world with less care for others. Little did we know, caring for others can actually add years to our life span.

According to a recent study carried out by researchers from the University of Basel, University of Western Australia, and the Max Planck Institute for Human Development in Berlin, grandparents who babysit their grandkids actually live longer.

In a study participated by more than 500 people of age 70 and older, grandparents who helped care for others lived at least seven years longer. In contrary, people who didn’t care for others had an average life expectancy of only four years after the study ended.

Half of the grandparents participated in the research who babysat their grandchildren were alive ten years after the initial study interview.

The research suggested that this is because giving older people a purpose keeps them active. The feeling of knowing that we’re needed is beneficial to our health as we get older.

According to Sonja Hilbrand, one of the authors of the study and a doctoral student in the department of psychology at the University of Basel in Switzerland, people who have no contact with their grandchildren can actually see that their health negatively impacted.

“This link could be a mechanism deeply rooted in our evolutionary past when help with childcare was crucial for the survival of the species.”

Bruno Arpino, associate professor at Barcelona’s Pompeu Fabra University added that giving purpose to the elderly can help keep the seniors mentally and physically active, as well as improving their cognitive functioning.

However, the study did not include grandparents who have full-time custody of their grandchildren. According to the study, that is actually detrimental for elderly people.

We should all started to take more care of others to live longer!

Don’t forget to watch a funny video of grandparents spending time with their grandchildren:

Mysterious itchy lump moves across woman’s face, turns out to be...